Why does the Reformation matter today? Look to its main characters to understand.

Why does the Reformation matter today? Look to its main characters to understand. 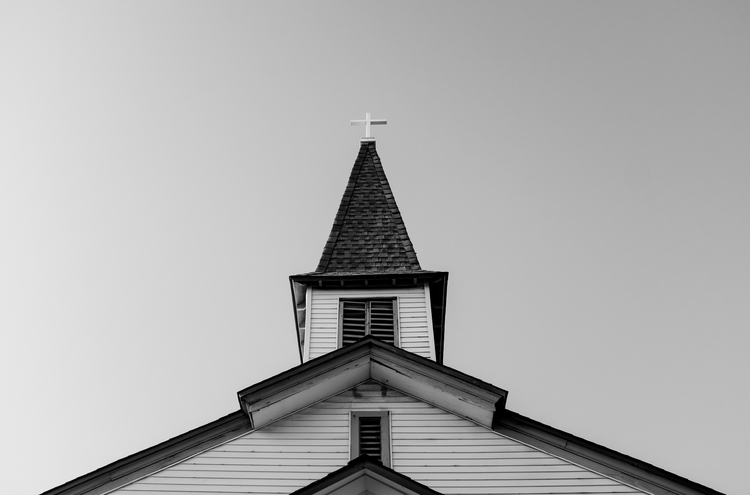 Phillip Campbell is a lay Catholic history teacher, author and editor of The Complete Works of St. Cyprian of Carthage (Arx Publishing). Mr. Campbell is best known for his Story of Civilization series from TAN Books. His writings have also appeared in the St. Austin Review and The Distributist Review, and he has self-published several books through his website Cruachan Hill Press.

Why does the Reformation matter today?

The Reformation created the fissures that define the contemporary Christian landscape. When we look at the Christian world today, we are seeing Christianity as it was molded by the events and ideas of the 16th-17th centuries. Obviously things have changed some since then, but the ideas of the Reformation era are still as alive and vital as they were 500 years ago. It is a post-Reformation Christianity.

Who is your audience and what do you hope they will take away from this book?

It is my hope that people will have a deeper understanding of the personalities involved in the Reformation—as well as their motivations. Sometimes historical events can become just a series of dates in a textbook; I want to bring readers into contact with the personalities and passions of the era, to really “live” through the events of the Reformation as the people of the day would have experienced it.

Many histories have been written on the Reformation for the past 500 years. What is distinctive about your approach to this topic?

The narrative is very character-driven, structured as a cluster of biographies. I’ve tried to mix this character-centric approach (pioneered by the great Hillaire Belloc in his Characters of the Reformation) with a scholarly approach to theological and historical issues. The book places a lot of emphasis on getting inside the characters’ heads—trying to understand their worldview through their writings and actions. There’s really no way to understand something as complex as the Reformation without understanding the thinking of the people who were there.

There’s no way to understand the Reformation without understanding the thinking of the people who were there.

Your book includes accounts of several titular Catholic heroes like St. Peter Canisius, a Jesuit doctor of the church. What role did the early Jesuits play in the so-called Counter-Reformation?

The Jesuits have been rightly described as the “shock-troops” of the Catholic Counter-Reformation—which should actually be called the true Reformation, since the Protestants did not reform the church but rather broke away from it. At any rate, the Jesuits, more than anyone else, contended publicly for the faith through a variety of mediums. They preached, but they also founded educational institutes, organized parish retreats, ran printing presses and sponsored debates. After the Council of Trent, they took the council’s theological teaching and promoted it vigorously. It’s truly amazing how much they accomplished; writing even a simple sketch of someone like St. Peter Canisius was intimidating because of the astonishing amount of things he was involved with.

What do you mean by “heretics” and who do you include in this category?

The “heretics” in this book are of course the Protestant reformers, who were designated as such at the time. The modern church has by and large decided that contemporary Protestants do not merit being called heretics and opts instead to call them “separated brethren.” This is because an essential trait of heresy is the idea of obstinacy. It is difficult to suggest a Protestant today, born into an ecclesial community that is already five centuries old, possesses the same amount of obstinacy as someone such as Luther or Calvin. Not that they couldn’t be obstinate—some Protestants to this day are extremely obstinate in their rejection of the Catholic faith—only that they are no longer considered to be so intrinsically.

We also have to mention, though, that the title Heroes and Heretics refers really to two poles—Catholic saints as the heroes, and the Protestants as the heretics. But a great many individuals were somewhere in between. I was particularly fascinated by the story of Erasmus, a man who criticized the church ruthlessly and sympathized with reformist ideals, but also was unwilling to break with the Catholic Church. He was castigated by Catholics for pouring fuel on the fire of the Reformers, but was also mocked by the Reformers for being unwilling to join the Protestants. So, while the defining characters of the age were definitely the Catholic saints and Protestant heresiarchs, it is good to remember that people can seldom be so easily categorized. A good number of people of the time had mixed sympathies.

What would Martin Luther say about today’s migrant and refugee crises?
Leopoldo A. Sánchez M.

How does your background as a Catholic high school history teacher influence your approach to this material?

As a teacher, I try to never lose sight of the narrative aspect of history. It does little good to write eloquently or state a mountain of facts if the reader can’t follow what’s going on. In my experience, it is easiest for students to relate to a biographical teaching style, because it’s natural for a person to relate to another person.

Not all of the 95 theses that Luther posted were objectionable for Catholics, and it seems we’ve found common cause with Protestants on several points in the past 500 years. In what ways have we moved beyond the 16th century theological debates of the Reformation today?

Thankfully, religious disagreements between Christians in the 21st century are typically handled without resort to physical violence. While the religious problems of the Reformation were often bound up with political questions, it is undeniable that the violence made it that much harder to heal the wounds of the Reformation. We should be thankful we have moved beyond that.

In what ways have we failed to move beyond certain 16th century theological debates of the Reformation?

I don’t know that we have failed to move beyond theological debates as much as just given up on the idea of theological debate. I do think Catholics and Protestants are still talking past each other. We either focus just on goodwill and happy feelings without addressing underlying theological differences, or we talk about the same tired old debates (calling priests “Father,” statues, celibacy, etc.) without getting to the heart of the dispute, which is about authority.

What struck me when writing the book was seeing how in almost every place where Protestantism was established, it was done so with the force of the secular authorities. This might be surprising to readers.

If you could say one thing to Pope Francis about the Reformation, what would it be?

Now that there is much less antagonism between Protestants and Catholics, I would like to see the contemporary church engage more in the theological issues that still divide the two. We have made a lot of progress in the last 30 years towards building goodwill. Now it is time to use that goodwill to engage in the necessary theological discussions that are a prerequisite to full, formal reunion with the church. I’d like to see the pope help the church refocus on that goal of actually reconciling Protestants in a formal sense.

While this book is written from a Catholic perspective and takes the claims of the Catholic Church to be true, it makes no effort to hide the faults of the Catholic players in the Reformation drama. There were many Catholic scoundrels as well. I always marvel at the diversity of the characters involved in this epoch. It never gets boring.

I'm studying churh history while reading "Christianity The first Three Thousand Years by Diarmaid MacCulloch. It is interesting how our Christian Church emerged through its relationship with Constantine and its co-dependant relationship with Charlemagne. That's as far as I've gotten thus far, and I can't wait to continue on. This preoccupation we have with earthly authority seems to have created more of a distraction for us. Sure, there is a hierarchy in every Christian Church, along with Orders and Canons. But I believe the only true authority in the Christian Church is Jesus Christ, and His message, his commandment to Love God and neighbor, and that the bible contains everything necessary for salvation. It's the indwelling of the Holy Spirit that is going to guide us all to salvation.
I am an Episcopalian, and I love Pope Francis. The funny thing is that shortly after he was elected Pope and began speaking to us, my first reflection of him was; "he looks like an Episcopalian, he walks like an Episcopalian, he talks like an Episcopalian... I wonder if he is an Episcopalian". I think he is... in fact, I think we're all the same! Wejust have a hard time seeing it.

I haven't read the book, of course, but the article seems to me rather old fashioned. Many historians today have dropped the term Counter-reformation in favor of Catholic Refomation. And was this in fact the only real "reformation?" Was the Protestant Reformation simply a breakaway from the Catholic Church in favor of separate "ecclesial communities,' to quote that dreadful term? Was it not also an effort to purge Christianity of its non-Christian aspects? (like Tetzel and his illegitimate fund-raising activities, etc.)
Interesting that as I write this on October 31, I am listening to the Opernabend (evening opera) broadcast from Radio Stephansdom (St. Stephen's Radio). St. Stephen's is of course the great cathedral of Vienna, where Cardinal Schönborn is pastor. To commemorate the 500th anniversary of Luther's posting his 95 theses on the church door (which now historians tell us he never did) -- instead of their usual opera, they are broadcasting an oratorio - "Luther in Worms" (1874) by Ludwig Meinardus (a largely forgotten German composer) and the station's recommended CD of the day is a recording of Lutheran music.
Granted the quality of the music is not such as to make one want to rush out and buy more Meinardus recordings but it's interesting that a Catholic station should choose this piece on this day. Could it be that they think there might be a Lutheran Church as well as a Lutheran "ecclesial community?"

Thanks everyone for sharing -- let's continue to pray for Christian unity

But what of the Orthodox ?

When will that 'break' be healed ?

As a high school teacher myself, I am particularly impressed with the level of scholarship of this author, as well as his dedication to his subject. In order to write books like this and also be a secondary school professional, it takes an extraordinary level of self-discipline and time-management skill. I must confess that I generally don't have it myself, and therefore have a lot of writing projects that only exist in drafts and outlines.