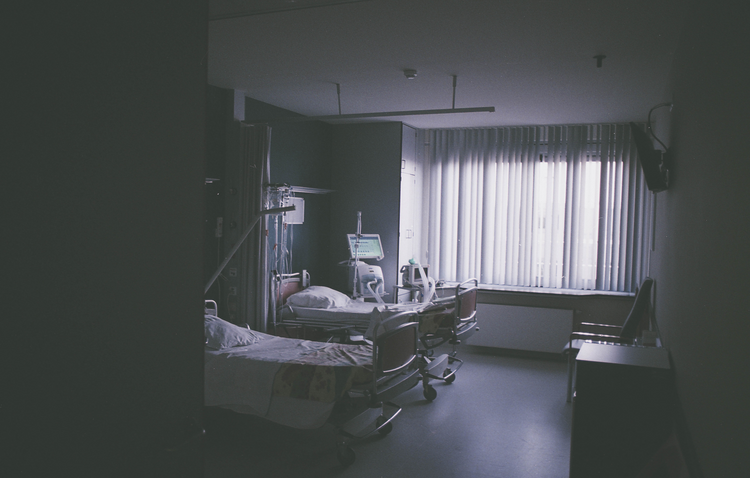 There are few medical procedures more unpleasant than a colonoscopy or, more precisely, the physical preparation for a colonoscopy. But I am challenging myself to “find God in all things,” as Jesuit spirituality proposes, and so the colonoscopy, a side effect of turning 60, seemed a good test.

My family history dictates a close watch on my colon, so I made the appointment. As instructed, I picked up my prescribed gallon jug of the bowel-prep powdered substance, which goes by the grimly amusing name GoLytely, 10 days before the date.

Where was God in this? For starters, the fact that I have reliable health insurance is no small thing for which to be grateful.

For a week prior to the procedure, I was supposed to stay away from foods like nuts and whole grains and seeds and berries, and to choose smoother, less fibrous foods. Eating this kind of diet seemed like a return to my childhood of bland foods, but in doing so, I saw a glimmer of God in the memory of my mother’s cooking.

I sensed God in the heightened awareness of my own mortality.

The actual misery began on the day before the appointment, when I had to restrict myself to a clear liquid diet (vegetable broth, apple juice, light-colored popsicles), take a laxative, drink four glasses of water and then start drinking the gallon of reconstituted GoLytely. Every 15 minutes, a goblet of the sickening, slightly lemon-flavored fluid had to go down the hatch.

Then the pooping began. I believe I sensed God in the heightened awareness of my own mortality as my digestive system turned itself inside out and enslaved me to the commode. God’s comfort was surely found in the tub of ultra-soft, sensitive cleansing wipes.

The preparation ritual for the colonoscopy made me think of Professor Dumbledore in Harry Potter and the Half-Blood Prince. To get to an all-important horcrux (sorry, you muggles, it’s a Potter thing), Harry must make the professor drink the entire contents of an enchanted bowl. Dumbledore instructs Harry that, no matter how much he begs him to stop, Harry must force his beloved mentor to finish the bowl of liquid. And beg he does. “No, no, no, no, I can’t, I can’t, don’t make me, I don’t want to,” Dumbledore pleads. It’s an excruciating scene.

In her I saw the God of suffering, the God of dealing with one’s problems with grace and acceptance.

I knew the feeling. My own begging took the form of a Psalm that I tend to sing silently, over and over, whenever I need God’s help: “Be with me, Lord, when I am in trouble; be with me, Lord, I pray....” God is easily found in the Psalms, after all, and I was in trouble.

I saw and tasted God in the blessing of the lemon wedge that the prescription literature had suggested I suck on before downing each dose of GoLytely. The extreme sourness of the lemon indeed helped the wretched medicine go down.

The going, however, was not light. The night was long and sleep was punctured by 100 trips to the bathroom. In the morning, wrung out and hungry, I found God’s tender care in my husband taking a day off from work and bringing me to the medical facility for my appointment.

“Thank you for coming in,” the nurse said. “A lot of people cancel on us at the last minute.”

“I was only afraid that you would say we had to reschedule,“ I managed in reply.

After that, I remember nothing. I might have found God in the anesthesia, but my memory of that lost hour is blank. I woke up laughing. I couldn’t explain what was so funny, but man, it was hilarious. I couldn’t stop the gales of laughter. And if God isn’t in a good belly laugh, I don’t know where God is. The apparition of the doctor gave me good news—no polyps, no cancer—and God was in my deep relief. Thank you, God. The doctor became more concrete as he said a bunch of other stuff I don’t remember, but he was thoughtful enough to send me on my way with a sheaf of his findings. He also gave me a printout of a series of graphic photos of my innards. Those were gross, although my intestines were impressively clean, and I could see God in the wonder of the medical technology that makes a colonoscopy possible.

My husband took me out for breakfast, where God was heartily present in the coffee and eggs and toast, and even in the little tub of marvelously delicious blackberry jam. After the past week of careful eating and insane purging, I tell you that I found God in that jam.

With the rest of the day free, we ran some errands. On impulse, I stopped in a salon to get my hair trimmed. The young cosmetologist mentioned that she had sprained her wrist in a fall, and was grateful that she hadn’t broken it, because she didn’t have health insurance and couldn’t afford a trip to the emergency room. In her I saw the God of suffering, the God of dealing with one’s problems with grace and acceptance and the God who is surely in favor of universal health care. All I could do in my pampered state was give her a big tip. And pray for her healing. And silently promise to write my senators.

The doctor gave me 10 years before I have to do this all over again. Just imagine all the days, all the joys and miracles and heartaches, and yes, procedures, in which to find God before then.

Lots of unnecessary details...doctors that do that work are angels!
Enough said!😀

Dominic Deus here. Michel--careful attention to detail is what makes colonoscopy so helpful. I spent my prep night watching a four part series called " A Day with the Queen" (Elizabeth). I feel a kinship with her as never before.

A spirituality of colonoscopy, go figure! Nice article. God in all things.

Hi Miss. Valerie - I must admit I liked your up-front, straightforward way you spoke about meeting God along your colonoscopy journey, explaining step, by step, the procedure I too have had that procedure done at last three times in my 86 years of life, never again to be repeated my Gastroenterologist assured me. Along the way some non-malignant polyps were removed and on one occasion I asked the Doctor to keep me awake so as to watch the whole procedure on closed circuit TV, a technique that allows the Doctor to see what he's doing. He did as I asked, with a mild sedative which did not impair perception and wow, talk about Praising God in all His designs, as Blessed Solanus Casey liked to say! I saw my insides as never before and was in awe at the engineering skills of the Creator! But back to my "youthful" self! I liked reading your story and hope my chatter isn't boring. Through my procedures I did not sense that my mortality was threatened, although maybe it was.

However, when an unexpected heart attack in August of this year set me on a path to cardiac arrest and Angioplasty surgery addressing a 100% blocked artery and subsequent stenting, I did become aware of my mortality, wondering if soon I'd be in the Land of the Living! A smiling Jesus said "not yet" giving me more time to tidy-up some mortal smudges!

It all began at a friend's Lake House on Lake Sinclair in upstate Georgia, where my wife and other family had gone for the weekend. My "agony in the garden" began at 1 a.m. Sunday morning with what I thought was a severe attack of Acid Reflux, which did not relent. So because none of us knew where the nearest hospital was and because we didn't even know the address of the Lake House so as to call EMS, we headed to Savannah at 4 a.m. and at St. Joseph Hospital, where the Doctor confirmed a heart attack and did what had to be done. I went home five days later and now do Cardio Vascular therapy three times weekly, trying to get back to my youthful self!!! Yes, God is everywhere! Thanks for the interesting account of your medical pain in the you know what!

Please don't be offended but this is one of the most entertaining articles I have ever read in America.

Rather coincidentally I just had one this morning. Yes God can be seen in the care of those providing the service and those family members helping in the prep and post op care. I was really struck by the quality of care of the various nurses and the physician herself.
As it happened I chose to not take anesthesia as I don't like the hangover from it. So I watched the tour of my colon on the large screen tv. It is really a beautiful organ. It's like traveling along a road through deep valleys and luxurious hills. Ok there were a few pot holes of diverticulitis and one rock, a polyp, but overall I was really thankful for the beauty and wonder of this thing we call our body. I thank God that I was able to appreciate something that ordinarily I push to the recesses of my consciousness.

Never looked at it that way - I go every couple of years now - I'll make a prayer out of the whole experience!

There is another dimension to a colonoscopy procedure. It is done with an eye towards forestaling bad things like cancer and death. So the question in ones mind is how much longer am I going to be around. Perhaps from an Ignatian perspective the question might be how am I going to walk in the presence of Jesus with whatever challenges I have. How am I going to respond to his presence in midst of challenges. We are fortunate that there are so many good people around typically when we have challenges.

Valerie, as an Endoscopy nurse, I really appreciate your attention to the pre-colonoscopy instructions ! It makes a huge difference to the outcome of your exam. As a person who will soon have another colonoscopy, I will have some new ideas on how to use ignation spirituality during the prep ! Thank you :).