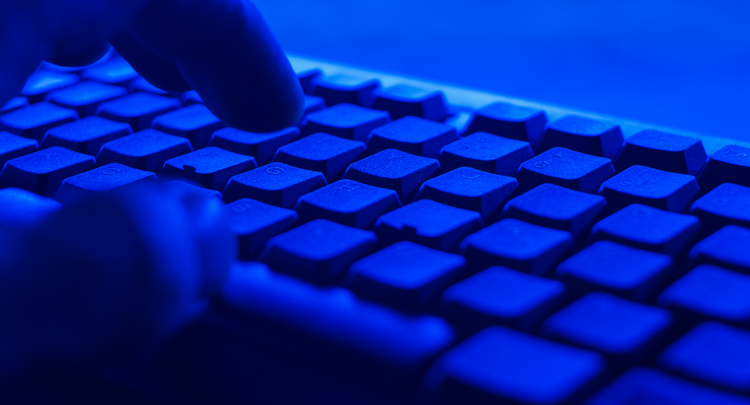 “Technology is transforming childhood beyond our recognition. It’s a challenge that transcends boundaries, and the only way we can respond is together,” Baroness Joanna Shields told a press briefing in advance of the first ever world congress on “Child Dignity in the Digital World,” which opens tomorrow, Oct.3, at the Jesuit-run Pontifical Gregorian University in Rome.

“Technology has no boundaries. Evil has the same access as good has,” the baroness, who is the founder of WePROTECT, added. Up to now, she said, we have tended to praise the great contribution the internet has made to humanity, and the horizons it has opened; but, she said, we may have been too uncritical, given the risks and dangers that we now see it presents to children. She believes this pioneering congress can help to strike a better balance. “It’s not about scaremongering,” she said; “it’s about alerting the public, so that parents understand the world their children are growing up in. It’s about protecting children from abuse on the internet.”

“It’s not about scaremongering. It’s about protecting children from abuse on the internet.”

Dr. Ernie Allen, another speaker at the congress, pushed this point home by emphasizing the fact that “the internet has changed the very nature of this problem—the abuse of children.” He told America that this is particularly true of “the dark web” which “was set up by the U.S. government for good purposes” and which he agreed with. One of the aims “was to protect the privacy of political dissidents during the Arab Spring, to protect them from retaliation by repressive regimes, or Turkey or other big ones,” he said. But, he commented, “the problem is the unintended consequences of this. When you develop something like that, you cannot limit who can use it, and so today it is being used by traffickers [of drugs and humans], arms dealers, terrorists, pedophiles and others.” In other words, the dark web has become what some authors (though not Allen) have called “the badlands of the internet.”

80 percent of dark web traffic is linked to child abuse.

He told America that research on the dark web, conducted by Portsmouth University in the United Kingdom in 2014, found that “while only 2 percent of dark web sites are specifically pedophile sites, nevertheless 80 percent of dark web traffic is linked to child abuse. It is being used by persons who are sexually attracted to children and don’t want to get caught.” He pointed out that these people are also using crypto-currencies like Bitcoin that allow them to engage in financial transactions without being identified by any central bank or government regulator. He said, “most of this problem is created by people of like interests who are trading content online this way. While there is a commercial side to this too, nobody knows who’re they’re dealing with.” He reported that “millions of people are using these sites now. It’s what the terrorists are using; it’s what ISIS is using. And young people too can access these sites if they are sophisticated internet users.”

Speaking to America, Baroness Shields said the dark web “is the repository for abuse images, and the how-tos, where they share and swop strategies and so on, but primarily it is where they consume the viewing of this content, and where they put the images that they capture during the process of abusing children.” She called the dark web “a content store,” like a supermarket; “all you need is a TOR browser that allows you to go into this layer in the internet.” But to abuse children, she said, “they have to find them, and so they use open platforms like Instagram, Yellow and other new applications where they can draw in children.” Moreover, “you have criminal elements where people are persuading parents, in situations where they do not have a lot of economic opportunity, to bring their kids into this live-streaming of sexual abuse. It’s really tragic that you have vulnerable kids being put up for sexual-abuse live-streaming by their parents.” In other situations, she reported, “children online get drawn into situations and then are subjected to extortion, and because of this some kids commit suicide.”

“What needs to be done to protect children who carry the internet in their hand today?”

Dr. Allen, an attorney from Louisville, Ky., knows a lot about this problem, having served as the president & CEO of the National Center for Missing & Exploited Children (N.C.M.E.C.) for 23 years until June 2012, and the International Centre for Missing & Exploited Children (I.C.M.E.C.) until 2014. He recalled that “while in the past pedophiles tended to be isolated, and alone, the internet has changed all this, suddenly they discover there are people just like them all over the world. And they can network, they can go to these groups, they can participate” and “it’s very hard for law enforcement officials to infiltrate these sites, but new software tools are being developed that make this possible.” But he is confident that “technology will catch up.”

How can we protect children from abuse online? A congress in Rome will seek solutions
Gerard O’Connell

At the press briefing, he raised the fundamental question: “What needs to be done to protect children who carry the internet in their hand today?” He hoped this congress (Oct. 3-6), which brings together 140 top-notch experts from all continents and from the world of science, academia, government, non-governmental organizations, the police and religious leaders, “will come up with an action package” that will help government, social-media organizations and other actors in the field, including the church, “to eradicate a problem that is getting worse.”

Baroness Shields, who will deliver one of the two keynote addresses to the congress tomorrow, said: “There are times when how we act defines our humanity, and this is one such moment.”