My daughter died by suicide 14 years ago. This is what I’ve learned. 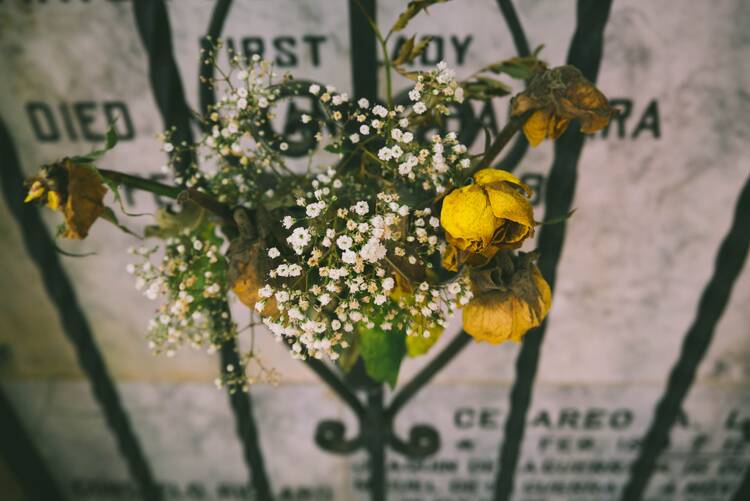 Photo by Greg Ortega on Unsplash

She died by suicide. More precisely, my daughter’s bipolar disorder killed her—because sometimes a mental illness is fatal. I no longer say she committed suicide, because she did not commit a sin or a crime when she pulled that trigger on Monday, Jan. 13, 2003. She died at age 26, after three years of relative stability attending Oklahoma State University, with straight A’s and a promising future.

Karla stopped taking her medications because of the side-effects, but also because she wanted to complete her memoir with the help of a fresh experience of mania. She got the mania, but three months later it thrust her into the deepest depression of her life. On Christmas Day 2002, she told us that she was not worth the chemicals that made up her body and that she was a burden on the universe.

I no longer say she committed suicide, because she did not commit a sin or a crime.

Three weeks later, three days after being prematurely released from a behavioral treatment center in Tulsa, she ended her pain by ending her life.

The grief today differs from the first few years of missing her. It is not that time heals all wounds. But time plus grief work can lead to assimilation, to the ability to experience life beyond the suicide. I will never forget her death, and I will always miss her. I still wish she had not found that hidden .22-caliber rifle. I still regret not driving to Tulsa the weekend before she died to be with her. I still feel the anger at the treatment center for releasing her too soon. I am still lonely for my only daughter whom I did not walk down her wedding aisle and whose children will not play catch with me in the backyard. I am still haunted by why she did it. She still belongs here at our house, at least for Thanksgiving and Christmas with her mother and twin brother, his wife and two sons. I still need to talk to her about politics, religion, theology, history, literature, writing and relationships.

She still belongs here at our house, at least for Thanksgiving and Christmas.

All of these emotions still show up uninvited. The difference between then and now is that now they are periodic and less intense. When they do emerge, they are familiar. Fourteen years ago, all of these feelings were attacking me at one time with vicious claws, five-pound sledgehammers and never-ending body blows that left me broken and unable to process what was happening to me. I went through the motions of living but with the emotions of dying.

Today, when I think of Karla, I relish her life more than I mourn her death. I recall driving the three-hour trip from Tulsa to Antlers when she was 9 years old and I was conducting a parish council workshop. It was a luscious spring Sunday, and we talked and sang the whole time going and returning; we sang all the verses of “This Old Man,” then started making up our own rhymes. I recall the time when she was in college, and I sent her an article I was working on. I was quietly expecting a “Good job, Dad.” She sent it back with margin notes, word revisions and questions that challenged my thinking. I could see her teaching English literature and composition at a university some day.

Today, when I think of Karla, I relish her life more than I mourn her death.

I remember the two of us sitting on the living room floor the August before she died, listening to her Harry Chapin CD, “Behind the Music.” It was my introduction to the album, and I soaked it up along with her commentary and intense delight. I still play that CD, enjoying it and loving her but now without the dark sadness that used to harmonize with Chapin.

We learn more about life and love by coping with the difficult times than by smiling through the happy times. We do not have to create suffering; life will deliver it in many shapes and sizes. The Gospels say, “Take up your cross.” That is how we learn, by cross-bearing, sometimes carrying our own, sometimes sharing the weight of another’s.

I have learned a few things bearing the cross of Karla’s suicide. My perspective on everything changed. What can be worse than her death? Other losses, disappointments and suffering bow to Jan. 13, 2003. Personal and family health issues, dissolved dreams and even world tragedies do not smother my core like that .22-caliber rifle did. If I can assimilate that bullet, I can handle anything else. I am grateful for this new perspective.

Dealing with the aftermath of suicide
Richard G. Malloy

I know now that death and resurrection is the fundamental rhythm of life as well as a profession of faith dramatized by Jesus of Nazareth. I have experienced her death and my resurrection, and that dynamic process of rebirth is embedded in everything and everyone: in a glowing sunrise and sunset, in the life cycle of every species, in loving relationships, in the Eucharist, in our own death. Karla’s death opened the door to the depths of this hope-filled reality.

Karla also taught me compassion, even in her suicide. Every Thursday night for the last 12 years, my wife, Fran, and I meet with people who have loved ones with a mental illness or who lost someone to suicide. I see their pain, and I recognize the confusion, fear, anger, loneliness, grief and loss. I want to connect with their eyes and their broken hearts to assure them that a new perspective and resurrection is possible for them. I know that Karla’s compassionate eyes see them, too. Bearing crosses is a community effort.

On the other hand, I wish I had learned these life lessons in another school. Fourteen years later, I still want my daughter back. 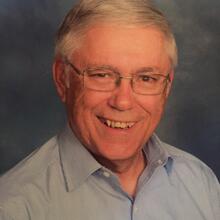 Tom Smith was the director of pastoral services for the Diocese of Belleville, Ill., until he retired and is now the chairman of the board of the Karla Smith Foundation, founded in memory of his daughter.

No, she was not to blame. Many people enter this world with crosses that not all are required to bear. Jesus understands this, of course, and I'm sure He'll watch over her till you meet again.

For causes I do not understand we, as a nation, allow the Mentally Ill to drown in their excruciating thoughts/feelings/passions/despairs
until they are fractured inside - only then do we and the "medical authorities" take action.

Interceed as soon as you think something is going terribly wrong.
Don't even wait.
Even if it is only a temporary feeling the blues,
better to let them know they are loved through all their pain
then leave them alone with the darkness.

You will know that your grief is resolved when you move from sorrow to gratitude for having had her in your life for 26 years. I found it very helpful in resolving grief to help organize a Mass for myself and others who experienced the same kind of loss that I did. A fellow who attended that Mass works for a funeral home. His comment was that it was a funeral Mass. I could see his point, but it also expressed hope. The process of organizing the Mass and celebrating it can be very healing and you might try it.