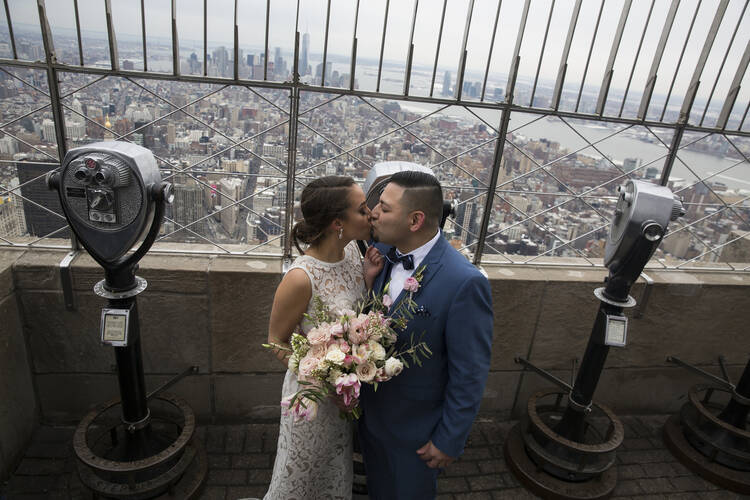 As a follow-up to the publication of “Amoris Laetitia” and the two synods on the family, Pope Francis has refounded the Pontifical John Paul II Institute for Studies on Marriage and the Family, giving it a broader mandate than it originally had to ensure that it does not just focus on moral and sacramental theology, but also takes account of the biblical, dogmatic and historical dimensions, as well as contemporary challenges.

Francis did so by a motu proprio, dated Sept. 8, which the Vatican released today in Latin and Italian. The decree, known by its Latin title, “Summa familiae cura,” announced the establishment of the “John Paul II Pontifical Theological Institute for Marriage and Family Sciences.” It replaces the original one set up by his Polish predecessor after the 1980 synod on the family, and the publication of the post-synod exhortation, “Familiaris Consortio,” which was called the Pontifical John Paul II Institute for Studies on Marriage and the Family.

While acknowledging that the original institute carried out important work in past decades, Francis said the 2014 and 2015 synods have brought a renewed awareness of “the new pastoral challenges” regarding the family “to which the Christian community is called to respond.” In other words, much has changed in these past 36 years since John Paul II set up the original institute in 1981. While the institute, with its branches in different continents, researched, taught and promoted the teaching on marriage and the family that came out of the 1980 synod, there is a need for this new institute because of the anthropological and cultural changes that have taken place in the world, which “require an analytical and diversified approach, and does not allow us to limit ourselves to practices of pastoral (ministry) and mission that reflect forms and models of the past.” That wider focus and vision of the family is reflected in the mandate for the new institute, which has “Amoris Laetitia” as its lodestar.

The mandate for the new institute has “Amoris Laetitia” as its lodestar.

“With a clear proposal to remain faithful to the teaching of Christ, we must look with the intelligence of love and with wise realism at the reality of the family today, in all its complexity, and in its lights and shadows,” the pope said.

Like its predecessor, the new theological institute will have “a special relation with the ministry and magisterium of the Holy See” and will maintain its institutional links with the Pontifical Lateran University. It will also be closely connected to the Holy See through the Congregation for Catholic Education, the Pontifical Academy for Life and the new Dicastery for Laity, Family and Life. The institute, which comes into effect immediately, will offer students courses leading to a diploma, a license and a doctorate in marriage and family sciences.

By amplifying the institute's scope in making it a “theological” institute that is also dedicated to human “sciences,” the pope said, the institute’s work will study in a “deeper and more rigorous way—the truth of revelation and the wisdom of the tradition of faith.”

“We must be informed and passionate interpreters of the wisdom of faith” in a context in which individuals find less support than they had in the past from social structures, relationships and family.

“In the clear proposal of remaining faithful to the teaching of Christ, we must, therefore, look with the intelligence of love and with wise realism, at the reality of families today in all of their complexity, in their light and darkness,” the pope wrote.

"With a clear proposal to remain faithful to the teaching of Christ..." I would prefer a FIRM COMMITMENT to remain faithful to the teaching of Christ!
The "Polish predecessor", St. John Paul II, taught not only the truth of several decades ago, but the Eternal Truth handed down from Christ through the apostles. Eternal truths do not become obsolete or dated.
I feel sorry for those expected to implement the teachings of the very ambiguous Amoris Laetitia. How to implement what is possible to interpret in so many contradictory ways? Since Pope Francis has not responded directly to the Dubia, could this be an indirect, "hinting" way of response? The protection of papal infallibility is reserved for formal declarations of doctrine; it does not extend to "hints".
While it is possible to understand that one pope's "rules" could contradict a previous pope's "rules", we MUST understand that the integrity of the sacrament of marriage--and ALL of the sacraments, for that matter-- are not mere "rules" and that NO ONE may contradict Christ.

Sacraments are not mere rules. But the church does have rules (canonical laws) which significantly affect (and possibly effect) the licit and valid nature of sacraments. Some are based on things Christ said and did, others on theology, others still on philosophy. These can be changed without contradicting Christ. Eternal Truths do not become obsolete; understanding and implementation of canon laws do.
It is one thing to be vigilant in your orthodoxy; but some of your words border on being disrespectful of Pope Francis, and those words are unnecessary to making your point.