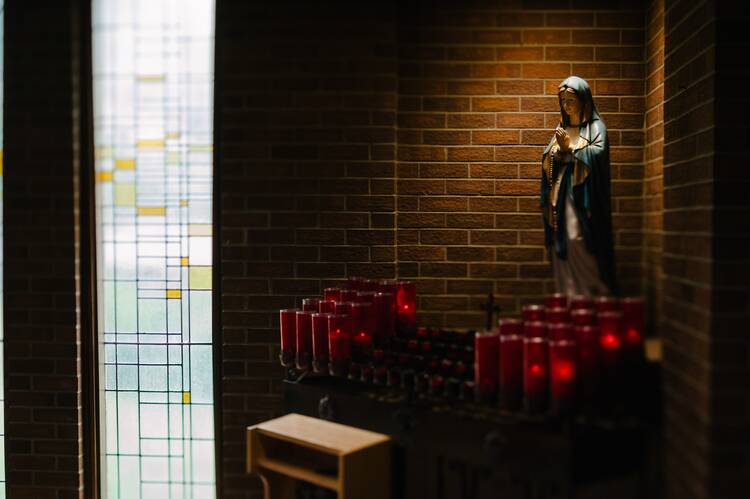 A Protestant friend of mine recently tried to talk me out of becoming Catholic. Maybe that is too strong a statement. Perhaps he was only doing what good friends do: helping me think through decisions that will change my life.

My friend is a philosopher, and he knows how to frame a question to give me pause. So much pause, in fact, that the ardor and excitement with which I was charging forward was sucked back into my heart, a waterfall in reverse. My friend, a feminist and a father of daughters, biological and spiritual, said he had witnessed serious psychological and emotional baggage in women and men who grew up steeped in traditional Catholic views of women, men, family and sexuality. Though this sounded harsh at first, he did have a point. People often carry baggage from their religious upbringings. I am certainly no exception.

In the denomination to which I belong and in which my husband, an ordained minister, has served 10 years as senior pastor, traditional views regarding gender roles often sequester women in the home to care only for the needs of children and a husband. While some women work outside the home, the role of wife and mother remains a hallmark of female identity. Individual churches have some freedom when it comes to appointing willing women to serve in leadership roles, but women cannot serve as senior pastors the way my husband can. At least in the church where my husband works, women are welcomed to serve as deacons and hold positions on the church board and some other leadership roles, which is not true in churches whose senior pastors take a complementarian rather than an egalitarian view of gender. In these churches, the consequences can be stifling: women are never allowed to take leadership positions in which they oversee men. They are often relegated to classrooms in the church basement, overseeing the nursery or teaching children. While I know women who feel called to and relish these roles, I do not.

Now, as a progressive, feminist evangelical who has long been moving toward Catholic spirituality, shifting from conservative evangelicalism to a tradition in which many in the church hierarchy hold similar complementarian views has caused me a certain inner dread. I found myself wondering if the traditional, complementarian view of the roles of women and men in Catholicism, at least in a liturgical and hierarchical context, is much different from conservative evangelicalism.

Why exchange one brand of Christianity for another with similar hang-ups?

In confronting me, my friend was essentially asking me how I would respond to the role of women in the church. It is not that I had not thought about this before my friend’s challenge; rather, it simply reiterated a real problem for me: Why exchange one brand of Christianity for another with similar hang-ups? How could I reconcile my desire to become Catholic when I can simply stay put and work for change by living out my own calling as a writer and professor?

My answer, although perhaps unsurprising to many cradle Catholics, seems a bit ironic now, given the common evangelical misconceptions of Catholicism I once held. What drew me to Christianity in the first place was Jesus, but what I have been returning to as I move toward Catholicism is Mary, Mother of Christ, Mother of the Church, whom I have come to see as my own mother. If I am honest, this answer has shocked and embarrassed me. It is shocking because I never thought I would become Catholic, given the evangelical misconceptions of Mary I have bought into in the past. It is embarrassing because I have never had a bent toward mysticism until recently. Even though I am not a mother and have little desire to become one, it is the person of Mary who utterly fascinates and invites me into the Mystical Body of Christ. And even though she has been saddled with many identities used to oppress women, what strikes me most profoundly about Mary is how I am at an utter loss to pin her down.

Even though I am not a mother and have little desire to become one, it is the person of Mary who utterly fascinates and invites me into the Mystical Body of Christ.

The closest I have come to articulating my fascination with her personhood has to do with how profoundly human she is, how she stored the mysteries regarding God’s Incarnation in her heart, how she chose her course with dignity. Wendy M. Wright, a theology professor at Creighton University, articulates it best in a lecture she gave in 2010, “Mary and the Catholic Imagination: Le Point Vierge”:

I have heard it said that Mary is such a rich, polyvalent, polyvocal symbol because of all the central symbols of Christianity, she is the least biblically well defined.... [S]he is within the faith community a point vierge, a liminal, in between reality where the diverse hopes and aspirations of many converge: a space where out of darkness hints of daylight begin to emerge.

Mary is hard to co-opt. She cannot be tied up in tidy, theological bows, and I love that about her. In my mind, what makes her most human is how she confounds my categories. People we cannot easily pin down are dangerous people in the best way, and, in turn, have the most potential for realizing their fullest humanity: They choose based on their own God-given will. We never know quite what they are going to do with all that they hide in their hearts until they act. Because Mary is dangerous, she has for me become a symbol of the point at which the divine seems to meet flesh and bone, creating the Mystical Body of Christ. For me, she represents the unpredictable mystery of the human heart.

But it is not just Mary. Since I began to seriously consider a jump to Catholicism, I have read and read and read, and my reading list has been filled with women. I keep coming back to Dorothy Day, Flannery O’Connor, Mary Karr, Simone Weil, Wendy M. Wright, Sister Simone Campbell, Sister Joan Chittister, Jessica Mesman Griffith and others—strong mothers and sisters who challenge preconceptions about women and the mysteries hidden in their own hearts. In so doing, they shape conversations in the church. I long to stand among these women, with their ability to live in the tension between their own personhood and Catholic tradition. It seems no surprise to me now, no embarrassment, that it is this mystical body of writers and thinkers and their ideas that most convince me that Catholicism is where I belong.

So, how do I respond to these women?

I sit at their feet. I listen and learn. From them I begin to understand what it means to become my most fully dangerous human self, created in the image of God, defying expectations of who others think I ought to be to become the person God created me to be.

More: Spirituality / Women in the Church 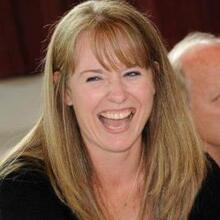 Jennifer Ochstein is a Midwestern writer and professor who has published essays with Hippocampus Magazine, Evening Street Review, The Lindenwood Review, Episcopal Cafe, Connotation Press and The Cresset. She has also written book reviews for Brevity and River Teeth blog.

Read the Theology of the Body (TOB). It is relational, which is more than just the rigid patriarchal/complementarian stuff.

Man and woman alone are singularities. Man and woman bodily together are complementary. But there is more, man and woman in interpersonal communion of body and soul are relational, in the image of the Trinity:

See links to the TOB and some study notes here:

Meditations on Man and Woman, Humanity and Nature
http://pelicanweb.org/CCC.TOB.html

Very interesting article. I have watched many interviews on the Journey Home program where converts describe their misconceptions of Catholicism from the outside. Our Lady is often an obstacle for Evangelical Protestants, in that they think it places her in too high a position, even though the Church is only fulfilling the literal scriptural promise in Luke 1:48 "From now on all generations will call me blessed". Even when they come into the fullness of the faith, it has taken some time for them to form a good relationship with her. (Anglican and Lutheran converts have a much easier time on this - Wordsworth's "tainted nature's solitary boast"). It seems you are ahead of the curve in this area.

I also think the Theology of the Body is very helpful. Here is a site dedicated to it. http://www.theologyofthebody.net/

I would also suggest that equality should not be seen as in opposition to complementarity. In fact, the equality that is equated with some type of mathematical sameness only serves to elevate one particular vocation over another, one particular destiny over another. For example, why should it be assumed that working in a career for money is greater than working in a home - it all depends on perspective.Similarly, the role of priest and the role of mother or father are both best understood as vocations of love, with different callings and different gifts - all with equal dignity. No doubt, a historical clericalism has distorted that understanding of equality, so much that it makes people strive to be in what is perceived as the "higher" role. But, the solution is not to accept the clericalist prejudice, but to recapture the true meaning of vocation.