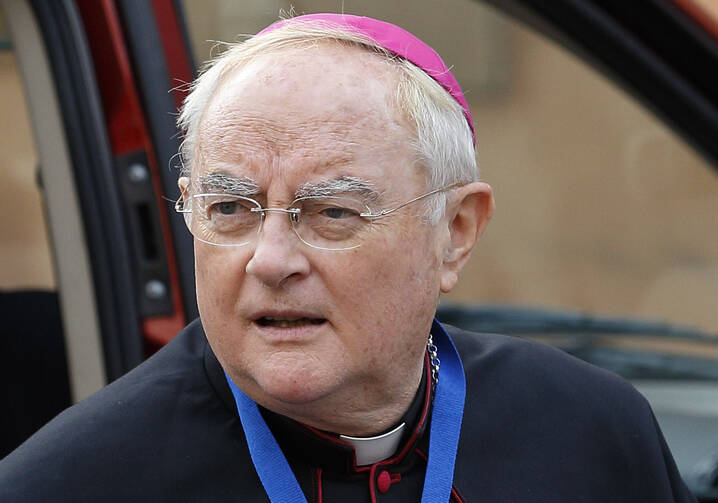 Archbishop Henryk Hoser of Warsaw-Praga, Poland, was appointed by Pope Francis as special envoy to Medjugorje, the site of alleged Marian apparitions. Archbishop Hoser is pictured at the Vatican in this Oct. 6, 2015, file photo. (CNS photo/Paul Haring)

WARSAW, Poland (CNS) -- A Polish archbishop who inspected Bosnia-Herzegovina's Medjugorje shrine for the pope predicted the Vatican will soon recognize its Marian apparitions.

"The Congregation for the Doctrine of the Faith has passed all documentation to the Secretariat of State -- everything suggests the apparitions will be accepted before the year ends," said Archbishop Henryk Hoser.

"It's difficult to believe the six visionaries have been lying for 36 years," the archbishop said. "What they say is coherent, and none is mentally disturbed, while the apparitions' faithfulness to church doctrine is also a powerful argument for their authenticity."

The archbishop spoke as he completed a report from his spring mission to the hilltop shrine, which has not been officially recognized by the church despite 2.5 million pilgrims annually.

"Everything suggests the apparitions will be accepted before the year ends."

He added that the shrine was seeing "huge dynamic growth," in contrast to older sanctuaries in Portugal, France and Poland and had succeeded in remaining "a true place for pilgrims" while "eliminating tourist elements."

"Everything is moving in a good direction. My mission wasn't aimed at closing Medjugorje down, but at evaluating whether pastoral work is being properly organized there in line with church teaching," Archbishop Hoser said.

"My conclusions are that it is, and my impression is highly positive," he told KAI.

Six teenagers claim to have seen the Virgin Mary June 24, 1981, near Medjugorje. Since then, they have reported more than 42,000 apparitions at the site, which was largely untouched by the 1992-95 war in Bosnia-Herzegovina.

In April, the then-prefect of the Congregation for Doctrine of the Faith, Cardinal Gerhard Muller, told KAI ageny it still could "take a long time" for the Vatican to rule on the apparitions, despite Archbishop Hoser's pastoral visitation.

Bishop Ratko Peric of Mostar-Duvno, the local ordinary, has consistently dismissed the Medjugorje apparitions as false, like his predecessor, Bishop Pavao Zanic, and appealed to bishops abroad not to support pilgrimages there.

However, in March, Cardinal Vinko Puljic of Sarajevo, Bosnia-Herzegovina, defended the shrine as "Europe's largest confessional," and said he counted on the Vatican to appreciate its evangelical potential in generating "conversions and acts of grace." 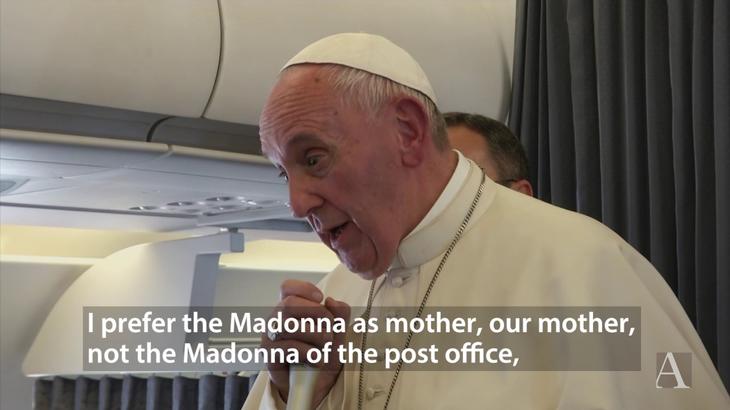 Pope Francis told reporters traveling with him from Fatima, Portugal, in May that the most important fact about Medjugorje is "the spiritual fact, the pastoral fact" that thousands of pilgrims go to Medjugorje and are converted. "For this there is no magic wand; this spiritual-pastoral fact cannot be denied."

The spiritual fruits of the pilgrimages, he said, are the reason why in February he appointed Archbishop Hoser to study the best ways to provide pastoral care to townspeople and the pilgrims.

Speaking to reporters May 13, Pope Francis gave no indication of when a final pronouncement about the alleged apparitions would be made. However, the said that a commission set up by then-Pope Benedict XVI had spent years investigating the phenomenon and tended to believe the apparitions in that first week of the summer of 1981 may have been real, but the continued reports of apparitions are questionable.

Furthermore, Pope Francis told the press, "personally, I am more 'mischievous.' I prefer Our Lady to be a mother, our mother, and not a telegraph operator who sends out a message every day at a certain time -- this is not the mother of Jesus."

Thinking about that claim, I began to understand it, relative to the fact that functionally as priest, the priest acts “in persona Christi” in the very person of Christ easily discernible by the priestly Blessing for example, which always says in effect, “May the Blessing of Almighty God descend upon you …” God’s Blessing, the Priest’s Blessing one and the same.

The following brief story about the efficacy of the Priestly Blessing comes to mind. In the NY Archdiocese some years ago a seminarian on his deathbed was ordained a priest and the only priestly function he exercised was to give his First Blessing to those gathered at his side. Very weak and near death the dying new priest made a little Sign of the Cross with his finger, a gesture I believe still circling celestial space redemptively, along with every other Priestly Blessing even given, reminding heavenly and earthly creation that, Jesus is Lord and the Greatest of Blessings! This is my belief which I cannot prove as true. However through the telescope of Faith many “signs and wonders” come to light.

I hope Holy Father Francis does validate Medjugorje’s “signs and wonders,” to the glory of God, showing once again that, Blessed Mary’s persona “magnifies" the Lord” as she proclaimed to her cousin Elizabeth.