A re-appreciation of Julian of Norwich's ‘gospel of love’ 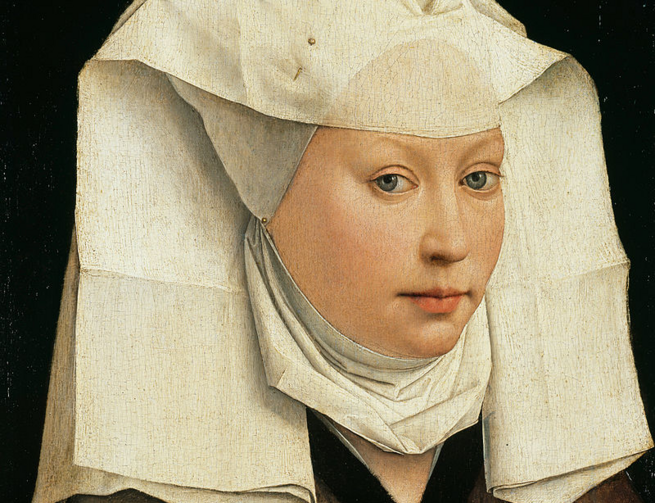 Portrait of a Woman with a Winged Bonnet, by Rogier van der Weyden (Wikimedia Commons)

During the past century, the explosion of interest in the Shewings (or Revelations) of Julian of Norwich has been astounding. Why is this? I think because Julian’s Shewings are, above all, a gospel of love. They bear witness that we are created in love, redeemed by love and enclosed within love. And because we have been loved in God’s mind “from without beginning,” as Julian puts it, so “in this love our life is everlasting.” Julian understood that love was the meaning of all Christ’s revelations.

Julian of Norwich lived in the 14th century during the Hundred Years War between England and France. She was probably a merchant-class wife and mother before she became enclosed as an anchorite in her 50s. She survived five cycles of the plague that eventually killed half the population of Europe, and she witnessed first-hand the brutalities of the peasant revolt in Norwich. In 1373, at the age of 30, Julian became deathly ill and experienced visions of Christ’s suffering on the cross. She also heard Christ speak directly to her, interiorly.

Thomas Merton called Julian “one of the most wonderful of all Christian voices” and “the greatest English theologian.”

Over many years and in two versions, the Short and the Long Text, Julian recorded her 16 Shewings. Because she was “unlettered” (unable to read or write Latin), she wrote in Middle English, the language of the lay folk, her evencristens. She did so even though it was strictly forbidden for an uneducated lay person (especially a woman) to write or teach theology in the vernacular. Julian’s Shewings became the first book ever written by a woman in the English language.

Julian speaks about God in homely, intimate ways. She understands the Trinity as our maker, our protector and our everlasting lover. She intuits that God is “our clothing, that for love wraps us and winds us, embraces us and totally encloses us, hanging about us for tender love, that he may never leave us.” The whole creation appears to Julian as tiny as a hazelnut, so small and fragile that it might disappear. The heavens and earth might vanish but for God’s love that continually creates it and protects it. Throughout her visions, she sees that “in God may be no wrath, as to my sight,” only pity and compassion for what we humanshave to suffer as a result of our sinfulness.

“As truly as God is our father, as truly is God our mother.”

Julian reveals a Savior who is willing to die again and again to save us: “If I might suffer more, I would suffer more.” She understands that Christ’s unconditional love overcomes all evil and will eventually turn all our sufferings into “honors” in heaven. She also realizes that “As truly as God is our father, as truly is God our mother.” From this insight, she develops her groundbreaking theology of the motherhood of God.

Julian's Revelations
America Podcasts
Thomas Merton called Julian “one of the most wonderful of all Christian voices” and “the greatest English theologian.” Julian reminds us that we are all loved and saved equally by Christ’s “dearworthy blood.” She reveals the preciousness of all God’s creation, even a tiny hazelnut, simply because it exists. Julian testifies to Christ’s unconditional love and mercy that never fail. In a suffering world rent by violence, Christ’s words to Julian are profoundly reassuring:

Note: The quotations that appear in this essay are from the author’s original translation of the Long Text in Julian’s Gospel, published by Orbis Books. All rights reserved. 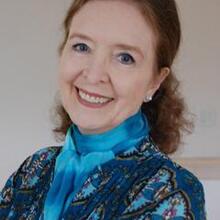 Veronica Mary Rolf is the author of Julian’s Gospel: Illuminating the Life & Revelation of Julian of Norwich (Maryknoll, N.Y.: Orbis Books, 2013). She writes a blog on spiritual issues at www.juliansvoice.com.

Never knew much about Julian of Norwich, but from what I've read here I must say I like her, more accurately love her. That she could see the reality of the maternity of God in her day and so much more, speaks highly of her giftedness. Of course God is Mother if it's true that no one can give what he doesn't have. Considering that Julian is a daughter of Eve created by God, the Hand of God was obviously very familiar with feminine mystique, to create the female gender, similar, yet intrinsically different than the male counterpart. The feminine mystique is God's design.