Skip to main content
FaithSigns Of the Times
January 2, 2017 issue 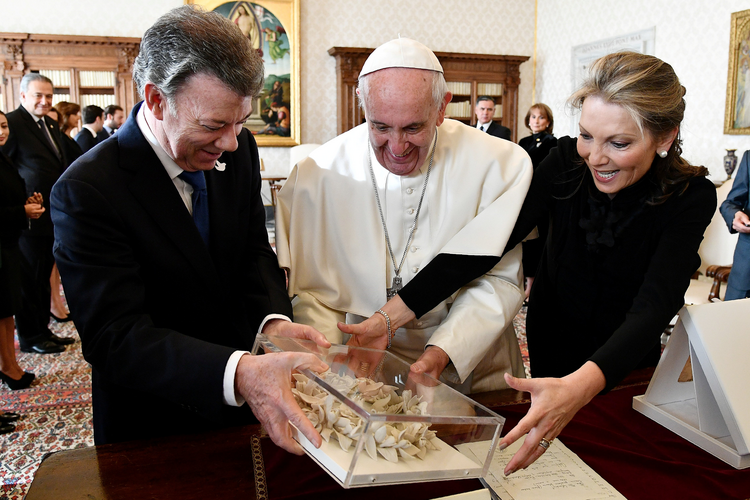 In an unexpected diplomatic initiative to consolidate the fragile peace accord in Colombia, Pope Francis on Dec. 14 brought together the country’s president, Juan Manuel Santos, and his archrival, former president Senator Álvaro Uribe, a strong opponent of the accord. In a statement issued after the meeting of the three leaders, the Vatican said, “The pope spoke about the ‘culture of encounter’ and emphasized the importance of sincere dialogue between all members of Colombian society at this historical moment.” Francis has supported the peace process in Colombia, hoping and praying for a definitive end to the 52-year civil war between the government and the Armed Revolutionary Forces of Colombia (FARC). The original peace accord was narrowly rejected in a nationwide referendum. The Colombian parliament approved a revised version at the end of November, but difficulties remain.

This article also appeared in print, under the headline “Colombia Peacemakers,” in the January 2, 2017, issue.