Want to wish Pope Francis a Happy Birthday? Here's how. 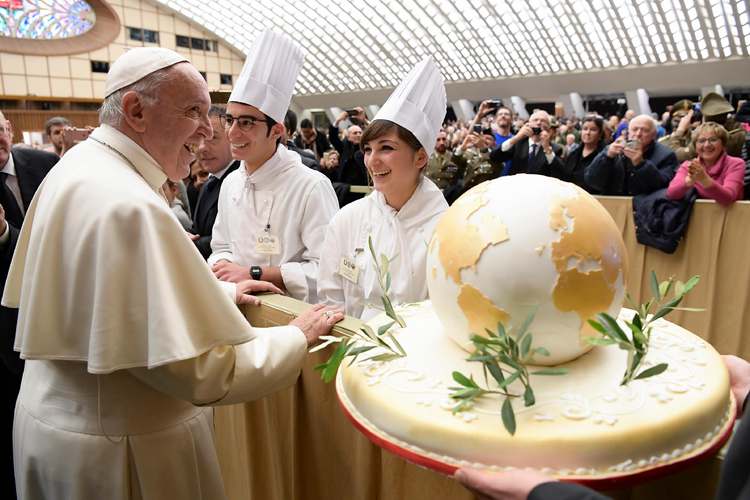 Pope Francis turns 80 on December 17 and you’re invited to the party.

The Vatican announced earlier this month that well-wishers can send him birthday greetings by using the hashtag #Pontifex80 on various social media channels.

Francis is active on Twitter, having inherited the @Pontifex account from his predecessor and using the social media tool to communicate with his more than 30 million followers across nine different language accounts.

Earlier this year he also joined Instagram, posting photos and videos from the @Franciscus handle and smashing follower records over the first few days.

For those who prefer email to social media, the Vatican also created seven different email addresses to send greetings, including English (PopeFrancis80@vatican.va), Spanish (PapaFrancisco80@vatican.va) and even Latin (Papafranciscus80@vatican.va).

Pope Francis joked with pilgrims earlier this week during his weekly general audience not to tempt fate by singing “Happy Birthday” to him a few days before the actual date.

"Thank you very much for your greetings for my upcoming birthday," he said on Dec. 14, according to Reuters.

"But I'll tell you something that will make you laugh. In my country, expressing greetings ahead of time brings bad luck and those who do it are jinxers.”

That didn’t stop him from smiling when presented with an elaborate birthday cake in the shape of a globe and adorned with several olive branches. The cake was a nod to two of the pope’s key priorities: global peace and care for creation.

An 80th birthday is significant in the Catholic Church because it’s the age when cardinals are no longer eligible to vote in a papal election.

But there is no age limit on the papacy and those close to the pope say his energy remains high. They point to the recently concluded Jubilee of Mercy, which included several public events, and a handful of anticipated foreign visits in 2017 as evidence.

The average age of when a pope leaves office—almost always because of death but as in the case of Francis’ predecessor, through resignation—has risen over the centuries.