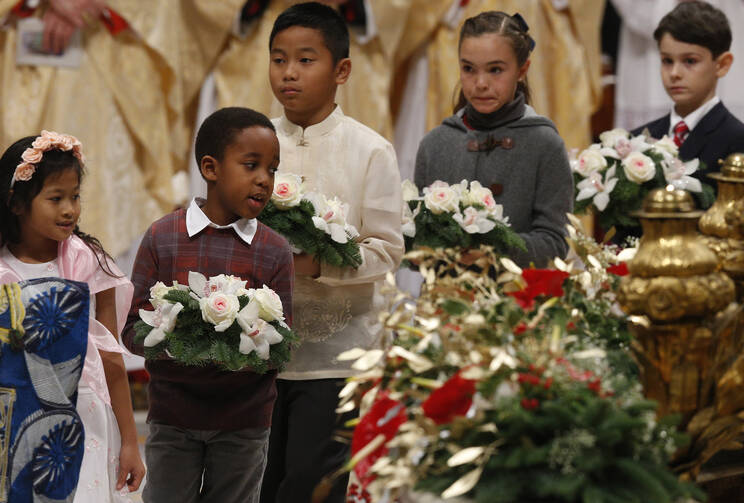 The recent presidential election unearthed a stratum of anxiety and fear that extends across the country like a vein of ore. There is the fear of the person living in a declining industrial town who watches as jobs migrate overseas and wonders how he or she will provide food, clothing and health care for the family. There is the fear of the migrant who seeks to support his or her family on a minimum-wage job, whose anxiety is compounded by the possibility of deportation. There is the fear of an American society in decline and an erosion of any truly meaningful sense of public morality and community, particularly in the wake of a poisonous election season. Across the world there is the fear of those who wonder where their next meal will come from and the real fear of unending, catastrophic violence in places like Syria, South Sudan and Afghanistan.

But over 2,000 years ago, into this world came Jesus Christ.

Christians sometimes feel guilty about fear, seeing it as a sign of weak faith. If only they trusted in God more, they think, they would not be fearful. But the Gospels are replete with stories of fear, even among those who knew Jesus best. The disciples shrink in fear when Jesus stills a storm: “They were terrified and asked each other, ‘Who is this, then, who can command the wind and waves?’” (Mk 4:41). When they spy him walking on water, they feel the same: “‘It is a ghost!’ they said, and cried out in fear” (Mt 14:26).

The Nativity narrative also includes stories that hint at fear. Mary’s first reaction to the Angel Gabriel is often translated as “perplexed,” but there was probably no little fear involved. Otherwise, why would the angel say, “Do not be afraid” (Lk 1:28-9)? Pregnant mothers in precarious social situations know this fear.

When Joseph discovers that Mary is pregnant, a dream tells him, “Do not be afraid to take Mary home as your wife” (Mt 1:20). Fathers who worry over their families’ future know this fear. On their way from Nazareth to Bethlehem, since travelers had a great deal to fear from robbers in those days, Mary and Joseph worry as they wend their way through a violent land in search of a safe place for their child. Migrants know this fear. And like many migrants and refugees today, Mary, Joseph and their newborn son are forced to flee again after a violent ruler threatens their very lives.

Jesus himself, during his 30 years of ordinary life in Nazareth, would have known fear. We can presume that Joseph died before Jesus began his public ministry: He is nowhere on the scene in the Gospels, unlike Jesus’ mother and his “brothers and sisters.” His death would have injected a note of worry into a poor family in the small village. And surely Jesus’ extended family—aunts, uncles, cousins—knew what it was like to live both on the economic edge, as they eked out a living, and on the political edge, in an occupied territory.

Into a world crowded with fear Jesus comes to proclaim an end to fear. He proclaims this not only in his words, when he says repeatedly, “Fear not.” He proclaims it not only in his deeds, where his miracles remove the need for fear both in healings, where years of fear vanish, and in the nature miracles, where the storms that threatened to swamp rickety boats evaporate. He also proclaims it in his incarnation and birth.

The Nativity means many things—God became human, God is with us, God is among us, but also, as the angel declared to Mary, nothing is impossible with God. The tiny infant in the rough-hewn manger will grow up to be the greatest of rulers. The powerless one dependent on a poor young woman for sustenance will become the all-powerful one who bring riches to all who believe. The one who feeds will become our food. It is no accident that he sleeps in a manger, a word meaning “to eat.”

To those who lived in that world of fear, it must have seemed absurd that an infant would be the answer to their fear. But, improbably enough, it was true. For nothing is impossible with God.

The Editors
Show Comments (
1
)
Comments are automatically closed two weeks after an article's initial publication. See our comments policy for more.
Lisa Weber
6 years 1 month ago
Much of the fear since the election is that we no longer have a coherent national vision, and possibly no common sense because there is apparently no longer a need for facts. Since the election, I have pondered how people celebrated Christmas during wars. God never abandons us, but God does let us suffer for our stupidity. I just wonder how much suffering we will have to endure to learn our lesson in this case.