Pope Francis: A good shepherd is never embittered, even if deserted by everyone. 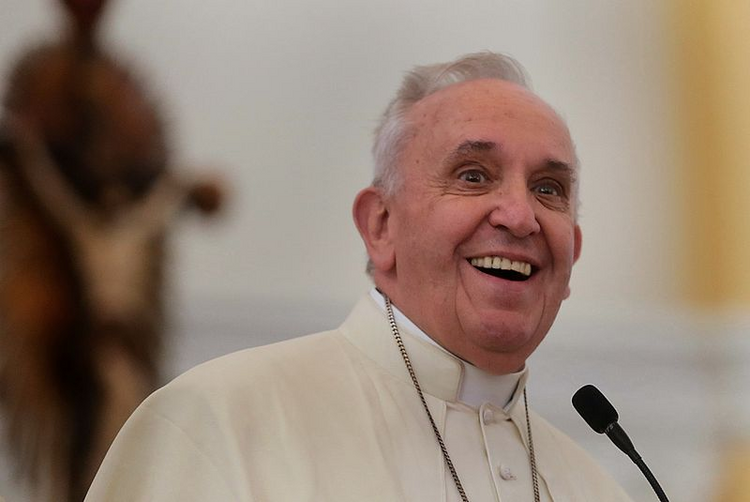 Pope Francis said a good shepherd is one who follows Jesus rather than power, money or cliques and is never embittered, even if deserted by everyone. He was speaking at his morning Mass on Tuesday, celebrated in the chapel of the Santa Marta Residence.

Taking his inspiration from the Second Letter to Timothy, the pope’s homily was a reflection on the difficulties faced by apostles such as Paul, who are deserted by everyone at the end of their lives.

“Alone, begging, abandoned by all and the victim of fury,” Pope Francis said. “But this is the great Paul, the man who heard the voice of the Lord, the call of the Lord! The man who went from one place to another, who suffered so many things and so many trials for preaching the Gospel, who made the Apostles understand that the Lord wants Gentiles to enter into the church as well, the great Paul who when praying rose to the Seventh Heaven and heard things that nobody else had heard before: the Great Paul, there, in that small room of a house in Rome, waiting to see how that struggle would end within the church between the different sides, between the rigidity of the Judaizers and those disciples faithful to him. And this is how the life of the great Paul ends, in desolation, not in resentment or bitterness but with an inner desolation.”

Pope Francis went on to point out that Peter and St. John the Baptist suffered similar privations in the final stage of their lives, with the latter having his head cut off owing to “the caprice of a dancer and the revenge of an adulterous woman.” In more recent times, he said it was the same for Maximilian Kolbe who created a worldwide apostolic movement and yet died in the prison cell of a death camp. When an apostle is faithful, stressed the pope, he or she knows that they too can expect the same end that Jesus faced. But the Lord stays close and does not abandon them and they find their strength in Him.

“This is the law of the Gospel: If the grain of wheat doesn’t die it doesn’t produce new seeds,” Pope Francis said, reminding listeners that a theologian of the early centuries wrote that the blood of martyrs are the seeds of Christians.

“To die in this way like martyrs, as witnesses of Jesus, is the grain that dies and gives rise to new seeds and fills the earth with new Christians. When a pastor lives like this he is not embittered. Maybe he feels desolate, but he has that certainty that the Lord is beside him. When a pastor during his life was attached to other things, rather than to the faithful—for example, he was attached to power, money, being part of a clique, to many things—then at his death he won’t be alone, maybe his grandchildren [heirs] will be there waiting for him to die so they can see what possessions they can take away with them.”

Pope Francis concluded his homily by describing the attitude of many elderly priests now living in retirement homes who despite their sufferings remain close to the Lord.

“When I go to visit the retirement homes for elderly priests I find so many of these great shepherds who have given their lives for the faithful. There they are, sick, paralyzed, in wheelchairs but you can see them smiling straight away. ‘He’s well, Lord. He’s well, Lord,’ because they feel the Lord very close to them. They have these shining eyes and they are asking, ‘How is the church? How is the diocese faring? How are vocations going?’ [They are this way] right to the end because they are fathers, because they gave their lives for others.

Turning back to Paul: alone, begging, the victim of fury, deserted by everybody, except the Lord, Jesus: ‘Only the Lord stayed close to me!’ And the good shepherd…must have this certainty: if he journeys along the path of Jesus, the Lord will be close to him right to the end. Let us pray for the shepherds who are at the end of their lives and who are waiting for the Lord to take them with Him. And let us pray so that the Lord may give them strength, consolation and the certainty that, although they feel sick and alone, the Lord is with them, close to them. May the Lord give them this strength.”