Ten tips for an Ignatian summer 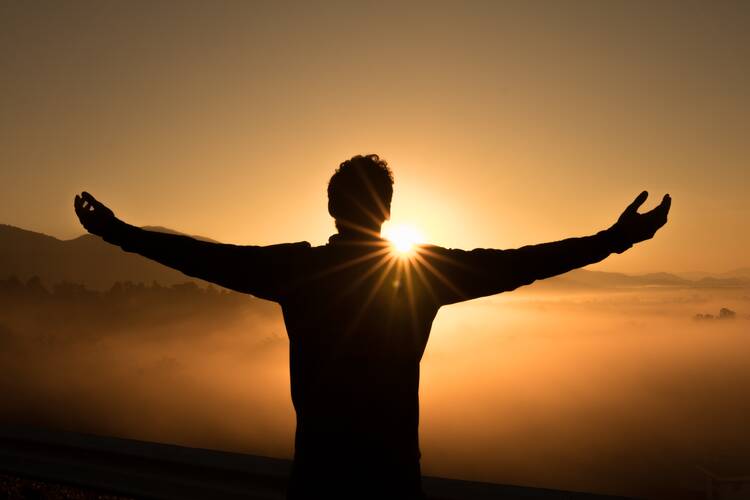 Photo by Zac Durant on Unsplash

For many educators, the next couple months means a less hectic schedule and the chance to write, travel, spend extra time with family, engage in professional development or perhaps teach a reduced summer schedule. Whether one is an educator or not, though, the summer months and all their associations—barbecues, the beach, vacations—tend to bring a pleasantly decelerating feel.

Over the last few weeks, I've began thinking about my own summer plans, and as I've done so, a question came to me: What would it mean to have an Ignatian summer? What would it mean to spend the next eight to 10 weeks with the life of Ignatius and his spiritual journey in mind? Pondering the matter and asking a few colleagues, I came up with 10 suggestions. In no particular order, here they are:

1. Engage in spiritual direction. For most educators it's incredibly difficult to fit this in during the school year, so summer is usually an optimal time for a spiritual physical. If we took an x-ray of our souls, what would we find? If you've got the time and the money, consider making the Spiritual Exercises over the course of thirty days. If you don't have thirty days to devote to it, consider beginning the version of the Exercises which extends over a period of eight months, a version commonly known as "the 19th annotation."

Even if you can meet for spiritual direction only a few times, it's worth it. Even just one session can be healing. A more objective look at our worries, concerns and trials can really illuminate areas where we might be held captive.

2. Renew your connection with the Mass and the Sacraments. The Mass often brought Ignatius to tears, and it was a central aspect of his ministry and spirituality, as it remains for today's Jesuit and Ignatian communities. This summer, consider ways to deepen your understanding of the Mass and, in addition, participate more frequently in the Sacraments, especially Confession.

3. Engage in spiritual reading. Similar to #2, consider a book or two on the topic of faith or spirituality. Is there a work that's been sitting on your shelf for months or years that you've been meaning to get to? Has it been a while since you've read scripture? Consider a spiritual autobiography, something like Thomas Merton's The Seven Storey Mountain or even Ignatius's autobiography.

3. Contemplate the heavens. In The Jesuit Guide to (Almost) Everything, Fr. James Martin, S.J., includes a quotation from one of the early Jesuits that described how Ignatius would sit on the roof of the community house, gazing quietly at the stars, using it as a chance to adore God. This summer, find a place removed from urban lights and gaze at the stars, recalling God's glory and magnificence. Or if you cannot make it out of your neighborhood, try to steal a moment or two in the morning, or at night, to behold some aspect of the created world. In these times, let God read your heart and translate it back to you.

4. Write a letter to a loved one or friend. Ignatius was a prolific letter writer, and composing letters was the primary way he communicated with members of the nascent Society of Jesus and governed its ministries. But he also wrote letters to console, to give advice, and to offer wisdom. Do you have a friend who could benefit from a long-delayed "hello"? A family member who needs cheering up? A hand-written letter could provide just the consolation he or she needs.

5. Join the company of the marginalized. Ignatius was dedicated to the poor, the sick, the lonely, and the suffering. In light of his example, consider ways that you can devote more time and attention to those on the margins. If you work in a Jesuit school, do you have time for an immersion trip? Is there a homeless shelter or soup kitchen that needs help? Is there a prison nearby that needs volunteers? If so, do you have time to volunteer for a couple hours a week—or a few hours a month?

6. Go on a pilgrimage. If you have the time and money, head to Spain and walk the recently mapped out Camino Ignaciano, or the way of Ignatius, which is a cycling or bicycling path along the key towns in Ignatius's conversion—from Loyola to Montserrat to Manresa. If you cannot make it to Europe, or lack the money, consider creating a pilgrimage to a sacred space near your home. Is your parish church within walking distance, and can you create your own pilgrimage to it? If so, consider fasting for the morning with a special intention in mind. Then, say a rosary as you walk to Mass. If possible, walk home with companions and then break bread together, using it as a chance to meditate on the story of the disciples on the way to Emmaus. This is an ideal way to bring together the heart of the Society of Jesus—the group that began as "friends in the Lord."

If your church or a favorite sacred space is not within walking distance, that's okay: even your car ride can offer a time for spiritually fruitful moments, especially with companions. If you have an hour or two, use the car ride as an extended communal examen, sharing about the highs and lows and the blessings for which you're thankful.

7. Get hit by a cannonball. If you recall, the central event triggering Ignatius's conversion occurred during his battle with the French, when he—

Just kidding. Don't get hit by a cannonball. But do find time to laugh and to appreciate the humor that we desperately need in this fallen world. I suggest returning to "The Office," and (re)watching until at least episode 12 of season six to hear this telephone exchange between Michael Scott (Steve Carrell) and his boss David Wallace:

Michael: "Guess who I am sitting here dressed as."

Michael: "I will give you a hint. His last name is Christ, he has the power of flight, he can heal leopards."

8. Be Open to Conversion. More a mindset than an action, consider ways that unexpected events—even, to the world, very difficult or tragic events—can become opportunities for God's grace. What to Ignatius appeared life-ending (the cannonball) actually became the commencement of something magnificent. And so, too, will an event or circumstance be for you, so long as you remain open to it. If you're undergoing something difficult right now, consider seeing it within the lens of conversion. Is God speaking to you in this otherwise despairing moment?

9. Surrender. Not to steal the thunder from Lent, but consider surrendering something that is preventing you from greater spiritual freedom. Ignatius, to recall, surrendered his sword and dagger at the shrine of the Black Madonna at the Benedictine Abbey in Montserrat. He literally let it go. It was a clear sign of his new life and new direction. He was no longer a soldier of the world, but a disciple of Christ.

What can you surrender? What has a hold on you that is confining more than liberating? What do you hold onto that represents a life or a way of proceeding that you must relinquish? Is there a device you can or should surrender? An article of clothing? On this point, try to find something tangible you can surrender, something that will be more than a mere thought or intellectual resolution. Make it concrete.

10. Having said all that, and perhaps before all that, give your summer to God. The opening line of Ignatius's Suscipe reads, "Take, Lord, receive all my liberty, my memory, my understanding, and my entire will, all that I have and possess." Starting with your summer plans, give it back to God. Before you do anything else, ask God to take your liberty, your memory, your understanding and your will.

The above of course are only preliminary. I'd love to hear from readers, too. What suggestions do you have for an Ignatian and spiritually rich summer? Fill the comment boxes below, all the while remembering the one who can heal leopards...

Matt Emerson
Show Comments (
5
)
Comments are automatically closed two weeks after an article's initial publication. See our comments policy for more.
Bruce Snowden
8 years 5 months ago
Mr. Emerson, Stunning! Everyone of your Ten Points, a Gem! I usually have a lot to say about everything, but you have elevated me to the high level of silence, for which everyone is probably better off! Thanks!
Matt Emerson
8 years 5 months ago

Mr. Snowden, thanks for your kind comments and for reading. Glad they were helpful.

Bruce Snowden
8 years 5 months ago
Mr. Emerson, Now that I've "caught my breath" after reading your Ten Points, in addendum I just want to say #9 is for me is the most necessary - "surrender." I'm going to work on "giving in" not just "giving up" hoping to have more success in turning myself inside out, I mean experiencing true inner conversion, looking for that "new creation" within, so very elusive! #3 too. Our Cosmological God, still spinning universes off his Fingertips is so attractive to me! I'm stunned that our God likes to be called "Father" or loosely "Daddy" I'm told according to Paul's "Abba." Again, thanks! No response expected as you have more important stuff to do.
Monica Doyle
7 years 6 months ago
Thank you for including the ordinary. As much as I want to make a pilgrimage to Spain or Italy, that's not happening any time soon. But I can walk to my local church, and I can say The Rosary walking to and from. One of the delights of summer vacation is I don't have to get up so early to get my son off to high school. That extra hour of sleep gives me a bit more energy to do some of the things you have listed above.
Helen Goehring
7 years 5 months ago
Mr. Emerson, You have motivated me to continue with my memoir. Writing is so easy to postpone, and I am resolving to do it first thing in the morning, when the creative juices tend to flow. To me, writing is a spiritual awakening. Thank you for inspiring me to pick up my pen and get to it!