The Second Letter of Paul to the Thessalonians Online Commentary (8) 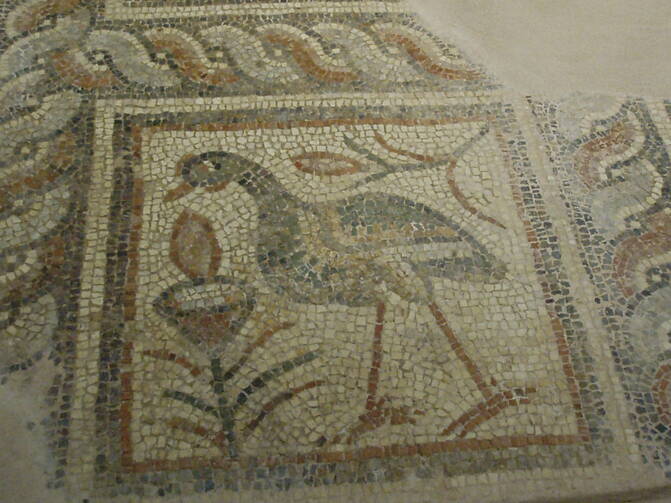 This is the eighth and final entry in the Second Letter of Paul to the Thessalonians Bible Junkies Commentary. You can find the first entry here.  In the first entryI discussed introductory matters, such as the origin of the Church in Thessalonica, its early history with Paul, Silvanus and Timothy, and also introductory matters of scholarship, including the structure of Paul’s letters, modeled on the Hellenistic letter form, and noting such issues as whether the letter was written by the Apostle Paul. In the second entry, I gave an overview of the content in 2 Thessalonians. In the third entry, I started the process of commenting on the text itself, discussing the salutation, based on the New Revised Standard Version in English and the Greek text which underlies all translations. The fourth entrycommented on the Thanksgiving and the apocalyptic themes found there. In the fifth entry, we began looking at the claim that a letter purported to be from Paul is circulating in Thessalonica and an involved description of the apocalyptic events which must take place before the return of Jesus Christ. The sixth entrycompleted the examination of the apocalyptic themes in chapter two. The seventh blog postexamined most of chapter three, including Paul, Silvanus, and Timothy’s request for prayer and the exhortation to keep away from idle believers. This final entry looks at the closing and offers some final comments on the question of authorship and the eschatological concerns which have been central to both 1 and 2 Thessalonians.

4. Paul’s Second Letter to the Thessalonians:

16 Now may the Lord of peace himself give you peace at all times in all ways. The Lord be with all of you.17 I, Paul, write this greeting with my own hand. This is the mark in every letter of mine; it is the way I write. 18 The grace of our Lord Jesus Christ be with all of you.(NRSV)

The second letter to the Thessalonians ends with an entirely normal closing, consisting of a peace wish (3:16) and a simple grace, which is a slightly modified form of that found in 1 Thessalonians (3:18).  Between these simple and regular elements of a Pauline epistolary closing is the claim that “I, Paul, write this greeting with my own hand. This is the mark in every letter of mine; it is the way I write” (3:18). Many scholars have asked whether this epistolary claim is “arguing too much” for the authenticity of this letter, especially since 2:2 suggests a spurious letter might already be circulating.  Some scholars, therefore, have taken 3:17 to indicate 2 Thessalonians was written by a pseudonymous author.  The argument for pseudonymity on the basis of 3:17 is that the author wished to allay any suspicion of inauthenticity that his letter might arouse, so he, in a sense, goes all in claiming that his signature is the mark of authenticity. Charles Giblin, S.J. offers a version of this argument in the NJBC saying, “the writer is concerned to authenticate his communication on the basis of a tradition that must refer to more than one of the Pauline letters we have…He not only assumes 1 Thess  (which Paul does not note as one he signed) but also supposes at least two other letters in which Paul penned his own comments (of which we have clear evidence only in 1 Cor, Gal, Phlm)” (875).

It is difficult to assess this argument, not just that of Giblin specifically, but of the argument for inauthenticity on the basis of this claim in 3:17. But what is the claim in 3:17? The claim is that Paul is writing the greeting in his own hand, though there are only three letters in which we have a definitive statement of Paul writing in his own hand (which Giblin notes above).  It is, of course, possible that Paul, who uses letter writers, does write the greeting in his own hand, even when he does not mention it. It would be a strange thing for a pseudonymous author to draw attention to something which actually does not occur in Paul’s authentic letters and which, one supposes, could not be forged according to Paul’s handwriting (unless he is aware that Paul never does write in his own hand or has not done so for the Thessalonians).

I think it is more likely that Paul had reason to believe a spurious letter in his name was circulating (2 Thessalonians 2:2) and so he draws attention to a feature of his letters, his own handwriting, that sets his letters apart. Some scholars have said that the early 50s would be “too early” for a spurious letter supposedly from Paul to be sent around to his churches, though it is not clear on what basis such a claim is made. Too early according to what standards of historical development or literary practice? People whom Paul bluntly called “false apostles” and “super-apostles” (2 Corinthians 11:13, 12:11) dogged him in Corinth, why could not opponents even earlier in his ministry be causing trouble in Thessalonica?

How could Paul argue against a letter he did not write except by saying that there are marks (sêmeion) that his letters have, his own handwriting, by which they can be authenticated? What else could he or should he do? He certainly authenticates Galatians in this manner in Galatians 6:11. The easiest way to read 2 Thessalonians 3:17 is to see it as a genuine claim of authenticity instead of a curious way to claim authenticity for a spurious letter.

There seem to me to be questions which those who argue for inauthenticity of any letter need to be able to answer, even if not fully or completely: why would a pseudonymous author “copy” 1 Thessalonians? If 2 Thessalonians is inauthentic, why rely on 1 Thessalonians for structure and style?

Let me try to answer some questions, though, and not just raise them. If this is a genuine letter of Paul, Silvanus and Timothy, why did they write again to Thessalonica? Frankly, the letter itself answers these questions. I would suppose that this letter is written only months, perhaps weeks, after 1 Thessalonians. The Church is still having difficulty with respect to the teaching on the eschaton and the apocalyptic scenarios of the early Church.  While initially, Paul and the others had to stress that all, even the dead, would be resurrected when Christ returned, though we do not know when this will be, now they must respond to another apocalyptic misunderstanding: Christ has not returned yet and there are clear signs that will accompany his return. In addition, and perhaps related to the concerns about the apocalyptic scenarios, in 1 Thessalonians Paul, Silvanus and Timothy are effusive in their praise for the Church’s growth and development, but in 2 Thessalonians they are now focusing on the need for the Thessalonians to be diligent until the end and not burden anyone in the community. It might be that some Thessalonians, in light of their belief that Christ has returned, are no longer engaging in their usual work or business. They are called to cast off idleness and get to work in order to support themselves.

Although I take seriously the questions and concerns of scholars regarding the authenticity of this letter, ultimately it makes most sense to me as a letter of Paul and his co-workers. To propose this as a pseudonymous letter opens up so many questions and problems that simply cannot be answered satisfactorily or make sense of this particular letter. The bottom line is that almost 2,000 years later Christians still have similar problems with the early Christian apocalyptic scenarios. American Evangelical Christians, partly on the basis of 1 Thessalonians 4, created the “Rapture” as a way of creating a “way out” for devout Christians from the suffering of the eschaton, which in some ways is the same as saying the end has already occurred since you are going to miss the chaos and tribulation of the end times. Others want to predict the coming of the end, saying that it is a month, a year, or some other short time away in the future. Paul and his co-workers walk a middle path in the Thessalonian correspondence: the end has not happened yet, but it is coming soon, so keep awake and be alert and be prepared. The best way to prepare, of course, as noted in the 1 Thessalonians commentary, is to live out a life of Christian virtue, a life dedicated to faith, hope and love here and now.