The Second Letter of Paul to the Thessalonians Online Commentary (4)

The Second Letter of Paul to the Thessalonians Online Commentary (4) 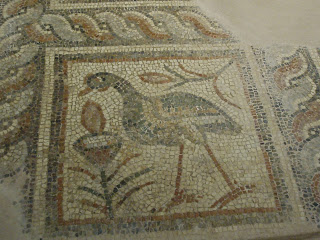 This is the fourth entry in the Second Letter of Paul to the Thessalonians Bible Junkies Commentary. You can find the first entry here.  In the first entryI discussed introductory matters, such as the origin of the Church in Thessalonica, its early history with Paul, Silvanus and Timothy, and also introductory matters of scholarship, including the structure of Paul’s letters, modeled on the Hellenistic letter form, and noting such issues as whether the letter was written by the Apostle Paul. In the second entry, I gave an overview of the content in 2 Thessalonians. In the third entry, I started the process of commenting on the text itself, discussing the salutation, based on the New Revised Standard Version in English and the Greek text which underlies all translations.

4. Paul’s Second Letter to the Thessalonians:

b) Thanksgiving (1:3-12): 3 We must always give thanks to God for you, brothers and sisters, as is right, because your faith is growing abundantly, and the love of everyone of you for one another is increasing. 4 Therefore we ourselves boast of you among the churches of God for your steadfastness and faith during all your persecutions and the afflictions that you are enduring. 5 This is evidence of the righteous judgment of God, and is intended to make you worthy of the kingdom of God, for which you are also suffering. 6 For it is indeed just of God to repay with affliction those who afflict you, 7 and to give relief to the afflicted as well as to us, when the Lord Jesus is revealed from heaven with his mighty angels 8 in flaming fire, inflicting vengeance on those who do not know God and on those who do not obey the gospel of our Lord Jesus. 9 These will suffer the punishment of eternal destruction, separated from the presence of the Lord and from the glory of his might, 10 when he comes to be glorified by his saints and to be marveled at on that day among all who have believed, because our testimony to you was believed. 11 To this end we always pray for you, asking that our God will make you worthy of his call and will fulfill by his power every good resolve and work of faith, 12 so that the name of our Lord Jesus may be glorified in you, and you in him, according to the grace of our God and the Lord Jesus Christ. (NRSV)

The Thanksgiving in 2 Thessalonians 1:3, as in 1Thessalonians, is in the plural, representing all of the named authors, Paul, Silvanus and Timothy. The first line of the Thanksgiving is similar to that found in the earlier letter, though this is not odd since the Thanksgiving openings can be quite formulaic. More interesting is that 2 Thess. 1:3 also speaks of faith (pistis) and love (agapê), two of the three theological virtues noted in 1 Thess. 1:3. Missing is the third virtue, hope (elpis), but this might be more apparent than real, at least in terms of theological content. 1 Thess. 1:3spoke of the Thessalonians’ “steadfastness of hope” (hypomonês tês elpidos), while 2 Thess. 1:4, after praising the Church for its abundant faith and love, finds Paul, Silvanus and Timothy boasting of  the Church’s “steadfastness (hypomonês) and faith during all your persecutions and the afflictions that you are enduring.” It seems that this “steadfastness” is itself the ground and proof of hope in the midst of persecution.

This similarity is itself one of the reasons some scholars see evidence of dependence of 2 Thess. on 1 Thess., though yet again we are faced with the dilemma: does similarity more likely indicate Paul and his companions writing quickly after 1 Thess. or someone much later copying Paul’s style and content? The sense of persecution in 2 Thess. seems real and the afflictions (thlipsesin) mentioned in 1:4 are often associated with the eschaton, a major issue in 1 Thess. and again in 2 Thess. That the persecutions have continued in Thessalonica would be a major reason to write to the Church again, as we find is the case. Paul and his co-workers see the persecutions as “evidence of the righteous judgment of God…intended to make you worthy of the kingdom of God, for which you are also suffering” (1:5). The notion that suffering is intended to purify the righteous or prepare them for God’s kingdom is not unusual in Christian thought and has a long pedigree in Jewish thought, apocalyptic and otherwise (see 2 Macc. 6:12-17).

This is only a part of the story, however, and it is the other part which can unsettle readers today. In light of the coming Judgment, “when the Lord Jesus is revealed from heaven with his mighty angels (1:7),” those who afflicted the Thessalonian Church will find themselves repaid (antapodounai) “with affliction” (1:6). Paul, Silvanus and Timothy speak of this as eschatological “relief” (anesis) when Jesus and his angels appear “in flaming fire, inflicting vengeance (ekdikêsin) on those who do not know God and on those who do not obey the gospel of our Lord Jesus” (1:8). Frankly, this is typical Jewish and Christian apocalyptic imagery, in which sharp lines are drawn between the righteous and the wicked in evocative mythic language.

For some, it is the language itself, “flaming fire,” “inflicting vengeance,” that is problematic, but most people who struggle with such passages do so on the basis of the judgment “on those who do not know God and on those who do not obey the gospel of our Lord Jesus” (1:8). There are two issues: have all of these people had the opportunity to hear the Gospel and so respond to it? Does the issue of vengeance simply reflect the desire to “pay back” (antapodounai) those who have harmed the Christians? It is important to keep in mind that this discussion of judgment is not at odds with what Paul will write in other letters, such as Romans 1-3, about God’s judgment or with the basic understanding of God’s judgment in Judaism and Christianity. Even more important is the Pauline belief that judgment and vengeance are God’s and are not a Christian’s to repay (see Romans 12:17-21) but in the hands of God. We simply do not know the basis of God’s judgment, but must be assured that it is just (which is why it rests with God and not even those who have been unjustly persecuted and harmed).

It is intriguing, though, that those who “will suffer the punishment of eternal destruction” have their punishment described in terms which are decidedly less mythical than that of “flaming fire” and “mighty angels.” Eternal destruction is described as being “separated from the presence of the Lord and from the glory of his might” (1:9), language which fits both with the notion of people who have decided of their own accord to turn from God and with the language of the CCC 1033-35: “The chief punishment of hell is eternal separation from God.”

Certainly, though, 2 Thess. still maintains the basic Christian belief in the parousia or manifestation of Christ “on that day” when not only will the unrighteous be punished, but the holy ones, “all who have believed, because our testimony (martyrion) to you was believed,” will glorify him and “be amazed” (thaumasthênai) by him.  This is the goal of all of Paul’s preaching, along with his co-workers, that those who hear the Gospel gain eternal life in God’s kingdom and live in the presence of God’s glory. Paul returns, therefore, to the initial theme of the Thanksgiving, praying that their faith might continue to grow through God’s power. The Thanksgiving ends, as a result, with this prayer: “that our God will make you worthy of his call and will fulfill by his power every good resolve and work of faith, so that the name of our Lord Jesus may be glorified in you, and you in him, according to the grace of our God and the Lord Jesus Christ” (1:11-12).

Next entry, we will discuss the continued focus of the letter on the eschaton and its impact on the Church in Thessalonica.