In Orlando as in Jerusalem, the Kingdom of God is at hand 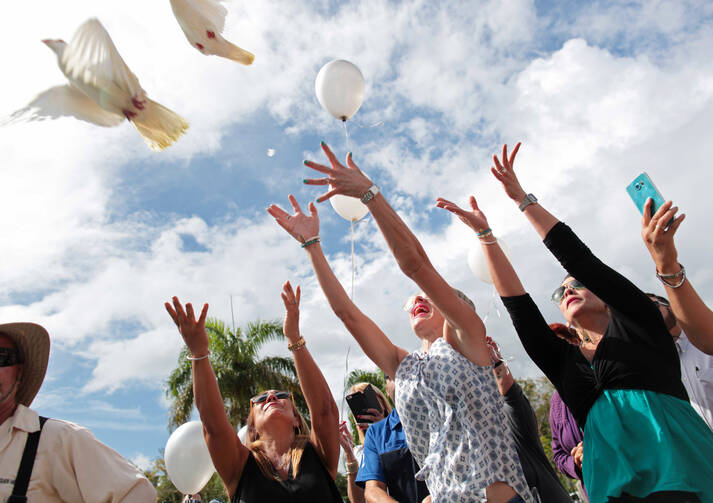 Like so many in the L.G.B.T. community I am still mourning the loss of 49 lives in the massacre at Orlando on June 12. In my own moments of anger and grief I found myself turning to music, and I was surprised by the amount of comfort I found in songs addressing the Orlando tragedy.

One of the videos I posted on my own Facebook wall features gay musician Bobby Jo Valentine. From the beginning of trying to sing his song, "The Unhappiest Place On Earth," it is apparent that Bobby Jo is grieving. He is struggling to sing at a time when no melody or note or words can express the depth of his grief. At last beginning, he laments: "This is a hard song to sing. Songs are how I try to figure out the world. And there's not a lot of easy answers for this one."

Bobby Jo knows he will not solve this riddle with the music of his guitar.

The words of Rainer Maria Rilke to a young poet come to mind:

Be patient toward all that is unsolved in your heart and try to love the questions themselves like locked rooms and like books that are now written in a very foreign tongue. Do not now seek the answers, which cannot be given you because you would not be able to live them. And the point is, to live everything. Live the questions now. Perhaps you will then gradually, without noticing it, live along some distant day into the answer.

The readings we heard on July 3, just three Sundays after the tragedy in Orlando, speak to the love and promise of that distant future. The passage from Luke (10:1-12, 17-20) urges the disciples to put their confidence in God in seeking to share the Good News. They are to take nothing with them, to bring peace to the houses they visit and to eat whatever is set before them. They are also charged to cure the sick in the name of the Spirit, reminding them that "'The kingdom of God is at hand for you."

However, for the places and homes where they are not welcome, Christ tells them to "go out into the streets and say, 'The dust of your town that clings to our feet, even that we shake off against you.' Yet know this: the Kingdom of God is at hand."

While this righteous anger to unwelcoming townspeople may seem satisfying, we know through the life and love of Jesus that it is not. Hospitality has always depended upon faith, faith that we are all strangers, just passing through. No one, not even God’s son, escapes being stranger.

Indeed the one from Nazareth was not even recognized by his own. Only in his ignominious death were the eyes of some opened.

This, I believe, was the point of the cross: to show us that the victim was not guilty. That our own thirst for vengeance and blame could end. The Roman colonial leaders of Jerusalem quelled the movement that Jesus had begun because they feared it. And the church, through its own inhospitality and lack of welcome for the L.G.B.T. community, has contributed to creating the conditions in which innocent people have become victims. One need only look around my own city of Houston with its hundreds of homeless L.G.B.T. youth to know that. Hell, I know that. I was one of them.

Pope Francis' recent call for the church and for Catholics to apologize to the L.G.B.T. community is cause for hope. Perhaps there is a chance that we will live into a (hopefully, not too distant) future where all may realize that the deaths in Orlando, like Christ's, death, unjustified as it was, will call to mind the resurrection of our faith that overcomes the violence and meaninglessness of hatred and fear. In serving as his disciples, we must hold fast to the hope his message offers: "the Kingdom of God is at hand." With a renewed and felt knowledge of this hope, we must also continue opposing the cycles of violence, fear and hatred that persist.

My own prayer is that we as the church's children always remain open to the spirit of reconciliation and the knowledge that love is stronger than death. And stronger than all the anti-L.G.B.T. rhetoric is a certain kind of silence; a silence that comforts us, “the least of these,”  now in this time of mourning and confusion; a silence that can make others nervous; a silence that knows that despite signs to the contrary, "The Kingdom of God is at hand."

Roy Brooks-Delphin is a doctoral student in theater and performance studies and the vice president of Dignity/Houston. 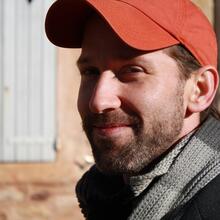