The Letter of Paul to the Galatians Online Commentary (3) 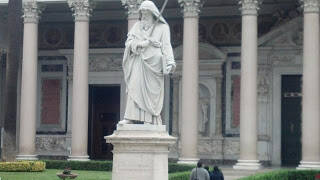 In the first entry in the Bible Junkies Online Commentary on Galatians, I discussed introductory matters concerning the founding of the churches to the Galatians, the situation when Paul wrote to them, when the letter might have been written and the type of letters which Paul wrote, based on the common Greco-Roman letters of his day. In the second post, I considered the basic content and breakdown of a Pauline letter. I noted the major sections of the formal letter structure and, in the context of each section, outlined the theological and ethical (as well as other) concerns of Paul, including some Greek words which will be examined more fully as we continue with the commentary.

In this, the third entry, I will look at the salutation, which is long for Paul’s corpus (only Romans 1:1-7 is longer) and briefly comment on the lack of a Thanksgiving, the only letter of Paul’s which does not have one.

1 Paul an apostle—sent neither by human commission nor from human authorities, but through Jesus Christ and God the Father, who raised him from the dead— 2 and all the members of God's family who are with me, To the churches of Galatia: 3 Grace to you and peace from God our Father and the Lord Jesus Christ, 4 who gave himself for our sins to set us free from the present evil age, according to the will of our God and Father, 5 to whom be the glory forever and ever. Amen. (NRSV)

The salutation to the Galatians is one of Paul’s longest and most in-depth openings. There is a simple reason for this: Paul is at pains to defend himself and his apostleship and he comes out swinging rhetorically. He begins by announcing his apostleship and then shielding this apostleship from attack by claiming that he is “sent neither by human commission nor from human authorities” (1:1). The Greek is even more powerful, I think, than the English translation, as Paul states simply that he is an apostle “not from (any) human (ouk ap’ anthrôpôn) nor through a human (oude di’ anthrôpou).” Paul is an apostle through the divine calling of Jesus Christ and God. From the start, that is, Paul stakes his claim, which is under attack in this letter, that he is an apostle. Even though he was not chosen by the earthly Christ, Paul says he was chosen by the risen Christ.

It is also clear that Paul is defending himself and his ministry not that of his co-workers. He indicates no co-author in this letter – this is Paul’s fight – though he is not alone (1:2). Paul mentions after his initial defense of his apostleship “all the brothers (and sisters) with me” (adelphoi, which technically is “brothers,” but Paul worked with many women also, so even though all of his co-authors are male, it is best to keep open that his co-workers here could include women). The fact that Paul is with others is important to stress because Paul is sometimes still portrayed as a sort of “lone apostle,” a gun slinging apostle moving from town to town, Clint Eastwood-like, trying to leave his past behind him as he saunters into yet another one-donkey town, preaching a Gospel he himself concocted. In fact, Paul is a man of the Church and he works well, if intensely and single-mindedly, with others.

Paul addresses this letter to the churches, plural, of Galatia, though he does not, as with many of his letters, name them “beloved by God” (e.g., Romans 1:7) or call on them to be “holy” (e.g., 1 Corinthians 1:2). The unadorned address might just be that or it might be evidence of his frustration with the churches in Galatia. I believe it is a purposeful omission indicating Paul’s irritation with the behavior of the Galatian churches.

The simplicity of the address to the churches is matched by the long grace of the salutation, which is unusual for Paul (1:3). Compare the grace here for instance to that in 1 Thessalonians 1:1 (“grace to you and peace”); while Galatians has “grace to you and peace from God our Father and the Lord Jesus Christ,” Paul goes on to describe the salvific nature of Jesus Christ’s actions in the salutation. Paul designates Jesus as the one “who gave himself for our sins to set us free from the present evil age, according to the will of our God and Father” (1:4). This is an important statement for the entire letter, for in it Paul is establishing the significance of his apostolic call – it came from the one who “gave himself for our sins” - but even more he is establishing the need to focus on Christ alone, through God the father, as the source of salvation for all, the one who “set us free from the present evil age.” Whatever Paul’s bona fides as an apostle, his authority rests on the call of Jesus Christ, who is the savior of all and “to whom be the glory forever and ever. Amen” (1:5). Paul must work to establish his authority, but he is constantly at pains to stress that any authority he has is from God, not his own doing (or anyone else’s).

For those familiar with the Greco-Roman letter format or Paul’s letters in general, it is a shock that no Thanksgiving appears in this letter, the only letter of Paul’s in which it is lacking.  Again, I think that Paul is so upset with the churches in Galatia that he would prefer not to offer a Thanksgiving, though it is possible that he just wants to get down to theological business. It does not make a lot of sense, however, to omit the Thanksgiving unless Paul has been so offended by the Galatians that he cannot muster the desire to offer them recognition for the good they have done or the manner in which they have lived the Christian life. Paul wants to get to work because he cannot offer any thanks on their behalf, which gives us a profound sense of how frustrated he is with the churches in Galatia.

Next entry, we examine the opening of the body of the letter when Paul jumps straight into the theological fray.