The case for optimistic comedy

The case for optimistic comedy 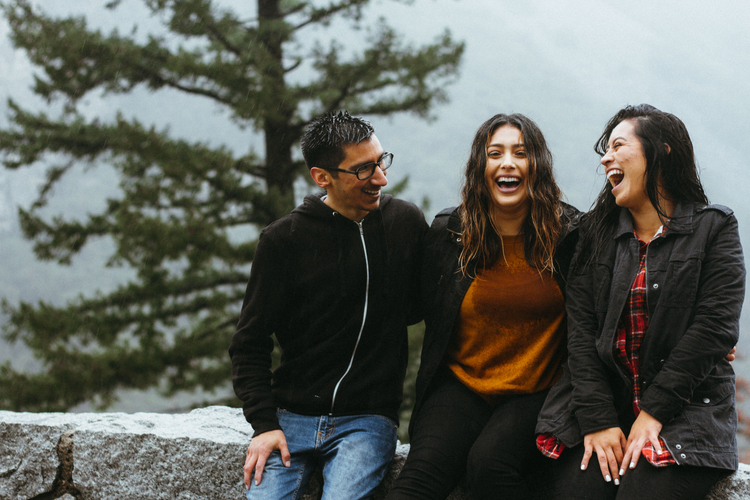 Photo by Omar Lopez on Unsplash

“On the Mount Rushmore of stand-up comedy,” Jerry Seinfeld once observed, “there are four faces: Richard Pryor, George Carlin, Bill Cosby and Don Rickles.” Obviously, Mr. Seinfeld was referring to their professional accomplishments, not their private conduct. By that standard, I think he is probably right; though, as Chris Rock has argued, the memorial might also include Joan Rivers, who broke new ground in the largely all-male world of professional comedy, leaving a lasting mark on late night television. Truth is, I do not really know enough to decide whose image should be etched in some metaphorical stone.

Yet Mr. Seinfeld’s comment got me thinking about what those famous folks have in common and whether it might explain how American comedy is and is not like its British cousin. I can tell you this after living in London for three years. It is easy to see that British and American comedy are different; it is not so easy to say how. Perhaps that is because there is something inherently mysterious about comedy. Most of us have a sense of when something is funny and when it is not, especially when we transgress that boundary. But it is much harder to say why something is funny and, even more, to say why someone is funny.

I suspect that what is unique about American comedy is rooted in that “someone,” in the people who created it. If Mr. Seinfeld is correct, then American comedy is largely the creation of Jews, Catholics and African-Americans. That is not to say that other groups have not made important contributions. But after a quick survey of the historical and contemporary comedic landscape, one gets the sense that if we were to remove the influence of Jews, Catholics and African-Americans from American comedy, we would be left with something like Ziggy. (That’s a joke, meant to test the hypothesis in the second paragraph).

Still, like most jokes, there is some truth in it. For one thing, good comedy is usually the work of outsiders looking in. Mr. Seinfeld’s observational, what’s-the-deal-with-airline-peanuts brand of comedy is a good example: He steps out of the minute absurdities of our common life and invites us to join him there, outside, to peer in and laugh at how ridiculous the party looks through the window.

Every laugh expresses a hope—the hope that this mysterious, terrifying world is somehow intelligible, or survivable, or both.

Since the story of the United States is largely the story of outsiders becoming insiders, it is probably not a coincidence that the principal creators of our distinct brand of comedy belong to groups who were, at one point or another, on the outside looking in.

So maybe the difference between American comedy and its British counterpart is the singularly American ambition to go to the party, accompanied by the confidence that in America we can and eventually will. A similar ambition exists among the British, but more often than not the joke is about how those on the outside looking in are likely to stay there, because they were born to the wrong family, in the wrong class, or went to the wrong school.

In other words, American comedy is more optimistic. The British comedian Stephen Fry once put it this way: “That scene in Animal House where there’s a fellow playing folk music on the guitar and John Belushi picks up the guitar and destroys it. The cinema loves it. [Belushi] just smashes it.... Everyone thinks, ‘God, is he great!’ Well, the British comedian would want to play the folk singer. We want to play the failure.”

Yet that explanation tells us only that culture can determine how something is funny. It does not tell us why something is funny. Since it is ultimately a mystery, we surely cannot know the answer in any definitive sense. But I found a clue in, of all things, a definition of the church from the writings of the theologian William T. Cavanaugh: “The mission of the church,” he wrote, “is to enact the comedy of redem- ption amid the tragedy of the world.”

Popular comedy strikes me as doing something similar. Every laugh expresses a hope—the hope that this mysterious, terrifying world is somehow intelligible, or survivable, or both; that, at a basic level, we can make sense of the world, or at least make our way through it without being crushed by the weight of events. When we laugh at the absurdity of life, we embrace it anew with a daring we somehow lacked before.

This article also appeared in print, under the headline “Funny you should ask,” in the August 6, 2018, issue.