It’s time for America Jeopardy! 2018! How well will you fare? 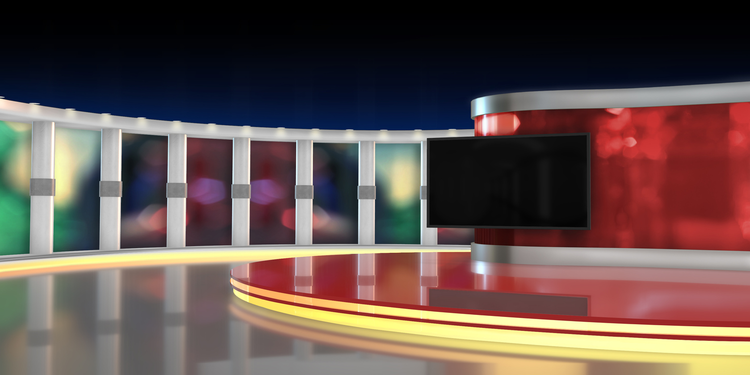 Welcome back to “America Jeopardy!” our occasional homage to America’s most popular game show and everybody’s favorite Catholic magazine. The game is played like the real “Jeopardy!” except that you’ll have to wait for the answers, er, questions, in the next issue. But if you’re dying to know sooner, you can go to the web page with this column at americamagazine.org and see the answers/questions there. Good luck. And, as Alex always says, please remember to phrase your responses in the form of a question. For some reason, that’s important. Have a blessed summer!

1. This well-known football coach, who reportedly said, “winning isn’t everything, it’s the only thing,” was a lifelong subscriber to America.

3. This longest serving first lady of the United States wrote to the sixth editor in chief of America, John LaFarge, S.J., to say that her hairdresser had given her a copy of his latest book.

4. The grandfather of James T. Keane, a senior editor at America, served in the same New York City mounted police unit as the father of this man, who was the tenth editor in chief and a future president of Fordham University.

5. The father of John LaFarge, S.J., sixth editor in chief, designed the stained glass windows at The Breakers, the Newport mansion built by this famous family and completed in 1895.

6. As a novice in the Society of Jesus in 1955, this future contributor to America and author of “Jesus Symbol of God,” observed the funeral of the famous French Jesuit, Pierre Teilhard de Chardin.

7. In 1959, America’s editors applauded this politician’s warning about an expanding “military-industrial complex,” but they also worried about U.S. resolve, especially (and ominously) in Southeast Asia.

8. After visiting America in 1972, this future mayor of New York, famous for asking voters “How’m I doing?” remarked to an aide: “If I can win over those Jesuits at America, I can be mayor of this city.”

9. This friend of the 11th editor in chief, George W. Hunt, S.J., is a longtime subscriber. He served as chairman of Columbia Pictures and succeeded A. Bartlett Giamatti to become the eighth commissioner of Major League Baseball.

10. This talented essayist and playwright, the first woman to be appointed U.S. ambassador to a European country, caused a stir when she said America was the best magazine in the country. Her husband was publisher of TIME and LIFE.

11. This 32nd governor of California was a longtime subscriber to America. His son, a former Jesuit novice, succeeded his father as both the 34th and 39th governor of the Golden State.

13. Oops. In March 1971, the editors praised this man, who had recently seized power in a military coup in Uganda, for his “common-sense voice.”

14. James B. Donovan, a subscriber to America and a friend of Thurston N. Davis, S.J., eighth editor in chief, was portrayed by Tom Hanks in this 2015 espionage film, directed by Steven Spielberg.

15. Many of his fellow Catholics, including many Jesuits, did not approve when Robert Hartnett, S.J., ninth editor in chief, used the pages of America to repeatedly criticize this U.S. senator from Wisconsin, whose name has become synonymous with “witch hunt.”

16. Philip Lacovara, a current member of America’s board of directors, successfully argued a famous case before the U.S. Supreme Court that sealed the fate of this man by forcing him to release secretly made tape recordings.

17. This man, who was once his party’s nominee for president of the United States, was the first sitting U.S. secretary of state to have a cover story in America.

18. In 2014 this future speaker of the U.S. House of Representatives debated his fellow Catholic and colleague, Joseph P. Kennedy III, in the pages of America.

19. The editors once apologized to this famous author of Wise Blood for butchering her prose during the editing of an article by her in America.

20. The nonfamous Catholic grandparents of the 14th editor in chief (2012-), are buried in Hyannis, Mass., next to this famous Catholic couple: He was his party’s nominee for vice president; she founded the Special Olympics.

So I have done the quiz and I want to see how I did. I followed the directions to get the answers but all I can get are the questions. What gives?