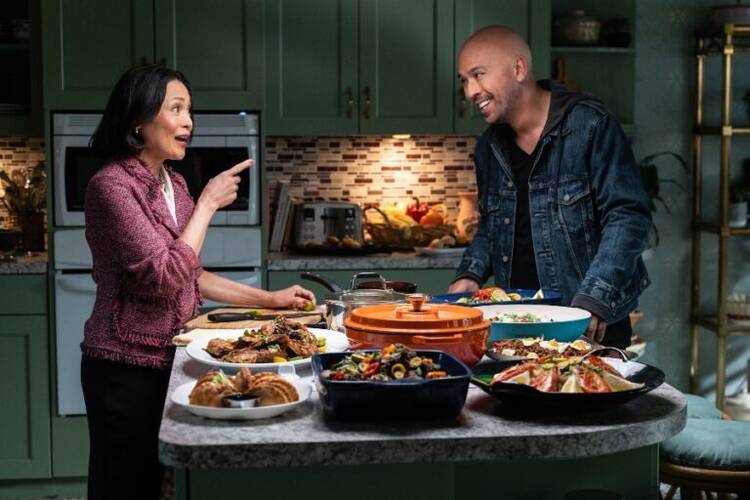 The last time I can recall getting this excited about seeing Filipinos on the big screen, I was a self-proclaimed teenybopper in the early 2000’s and the coming-of-age film “The Debut” was screened across the United States.

I proudly wore around school the promotional merchandise, a skin-tight black t-shirt that had the words, “The Debut” scribbled in white on the front. The title refers to a cultural milestone in a young Filipina’s life—turning 18, a rite-of-passage celebration like a Sweet 16 or a quinceañera.

You have probably never heard of that movie, and understandably so. It was never picked up by a major distribution company. Instead, a movie directed by, produced by and starring Filipinos had to organize a grassroots effort in order to be self-distributed.

The American public, and Hollywood executives, are still trying to fully understand what it means to be Filipino.

Not much has changed much in mainstream Hollywood since that time. Even with the release of the “Easter Sunday” movie starring a full-fledged cast of Filipinos, it seems that no matter how much pride goes behind showcasing our Filipino culture, the American public, and especially the Hollywood executives funding films, are still trying to fully understand what it means to be Filipino.

“Easter Sunday” is an American comedy starring Joseph Glenn Herbert Sr., also known as the comedian Jo Koy, playing Joe Valencia, a struggling actor, comedian and single father. The movie centers around a gathering of his dysfunctional Filipino-American family on the Super Bowl Sunday of our cultural tradition—Easter Sunday.

Would you look at that! A movie about upholding Filipino traditions, magnifying the sacredness of family, highlighting the Catholicism that is as much a part of our identity as eating with a spoon and fork instead of a knife and fork. Shouldn’t we collectively, whether Fil-Ams (Filipino Americans) or Filipinos in general, rejoice that we have finally “made it” as the main protagonists of a major Hollywood movie? For the first time, we are not merely playing supporting roles. We are not bound by characters that, depending on our facial features, could be type-cast as “generalized” Hispanics or Asians.

"Easter Sunday" magnifies Filipino traditions, the sacredness of the family and the Catholicism that is as much a part of our identity as eating with a spoon and fork.

I decided that the best way to gauge reactions to the film was to gather feedback from none other than my own family. In particular, I would query family members who shared Koy’s underlying conflict throughout the film: they did not choose a career path that would lead them to becoming, as many Filipinos do, a nurse.

For our elders, work in the medical profession was one of the guarantees of financial stability. Koy’s choice to work in the economically precarious field of comedy and acting strikes at the heart of the immigrant parent’s greatest fear: that their child will not make it in the states.

My cousin Matt was born and lived 19 years of his life in Manila. He is an artist and community organizer who runs an alternative art space in my hometown of Houston called Alief Art House. “I am conflicted,” he said, about the movie. “As a diasporic Filipino, the topic of representation is an everyday task.”

Koy’s choice to work in the economically precarious field of comedy and acting strikes at the heart of the immigrant parent’s greatest fear.

Matt focuses his community work and practice around making sure Filipinos are represented in the wider culture. “Being in the art scene,” he said, “it has been a struggle to get Filipino support for many reasons. One of them is accessibility. What art is accessible? Film. Filipinos love film. Filipinos love the drama, the color, the romantic stories and most of all, the comedy.”

But Matt was conflicted about whether he should watch the movie, to the point where he even felt a sense of guilt. (This is also very on-brand for Filipino culture).

“I feel tired of all the jokes that satisfy a caricature version of our people,” Matt said. “I’m not really sure I want to see the same old jokes and stereotypes again. It’s already 2022 and we’re still making fun of the accent.”

Having watched the film myself, I get it. The desire to protect our culture against becoming a laughing stock is understandable. Filipinos have depth. We have incredible stories of resilience. My Lola, or grandmother, for one, rode on horseback to rebel against the Japanese invasion of the Philippines during World War II.

She was the first person to ever introduce me to the Santo Niño de Cebú statue, a representation of the Child Jesus that actually does look like a superhero in a red cape. In the “Easter Sunday” trailer, the Santo Niño statue was featured in the opening scene. I almost fell off my seat.

Ironically, in the film, Koy’s character Joe Valencia and his son Junior made the Santo Niño statue the focus of a joke questioning, “What is that thing?” Seeing characters in the film question certain Filipino religious traditions was an honest take on how some Filipinos are Catholic simply by association; they may not truly understand the faith they profess on Sunday and the culture that comes with it. They continue to go to church because either their parents forced them or they didn’t want to be burdened with guilt. This is relatable.

The desire to protect our culture against becoming a laughing stock is understandable.

The notion of seeing Filipinos represented in film as a way to highlight our culture to the larger public resonated with my sister, Stephanie, who works in the non-profit education field.

“I went to see Easter Sunday because it was important to support a Filipino film,” she said. “We went to see ourselves on the big screen for the first time in my lifetime. Just to hear ‘Ay Nako’ on film was enough for me.” (“Ay Nako” in the native language of Tagalog, equates to “Oh my goodness” in English.)

After watching the movie, my sister expressed her own internal conflict.

“Truth be told, I was struggling to really engage with the movie,” Stephanie said. “From a writing standpoint, the storyline was choppy and hard to follow.”

The storyline circles around the aunts, or Titas, being angry and upset with each other over a minor dispute. Their anger nearly ruins the main event—the Easter Sunday dinner where the family was to gather and eat together.

“I found it to be ridiculous and uncomfortable to watch,” Stephanie said. “And that is because there is something underlying the comedic attempt that is deep-rooted and triggering. It highlighted emotional underdevelopment and scapegoating wherein the aunts were unable to process difficult feelings internally, rather directing them outwardly through rage, blame and triangulation.”

I found the film to be ridiculous and uncomfortable to watch.

My sister was one of the few family members I found who actually watched the movie when it came out. That was telling in itself. “Easter Sunday” was released in the United States and Canada on Aug. 5, the same day Brad Pitt’s “Bullet Train” came out. In its opening weekend, the movie grossed about $5.4 million, and finished eighth place in the box office.

That is a pretty rough start, according to my cousin Jill, an up-and-coming film director based in Los Angeles. She has a couple films she is currently working on and expressed gratitude for Jo Koy’s debut. She also used it as a lesson for her own movie trajectory.

“It was a litmus test,” Jill said. “Because Filipinos love him. He’s been touring everywhere.”

Why aren’t we coming out in pilgrimage-style bus convoys to see this film?

The fact that Jo Koy’s target audience, those who buy tickets to his sold-out comedy standups or watch his Netflix specials, didn’t show up in the box office, was telling, she said.

“I was kind of disappointed,” Jill said. “I wanted to see people show up for Jo Koy because he’s the biggest Filipino guy right now. It made me think, I would have to really have a lot of hype behind my movie for Filipinos to show up.”

Why aren’t we coming out in pilgrimage-style bus convoys to see this film? Maybe there is an ironic (but true?) answer to that: maybe the target audience had to work the night shift at the hospital.

“I’m not completely solid on Filipinos feeling compelled to support us in this way,” Stephanie said. “Not on a massive scale. We’re bootleggers, get it for cheap-ers, and/or more compelled to assimilate to American culture at the expense of our own, a.k.a., ‘Let’s see the Brad Pitt movie instead.’”

“This is why I think Jo Koy said, ‘When the lights are off, we don’t have color.’ Poor thing, we are colored people,” Stephanie said. “But I understand it’s just the beginning. Think of the first black actors on film. They were whites wearing blackface. This is our initiation into the industry in a mass predominately white audience.”

My conversation with my sister and cousins was my best takeaway from this experience. If what comes out of the “Easter Sunday” movie is dialogue among Filipinos about what it means for us to finally have a seat at the table, I’m all in.

If we want to see more Filipinos in Hollywood, or in any space, then everyone, Filipinos included, has to come out in support. We need to show up even if we don’t like the offering, at least for now.

“Right now in Hollywood,” said Jill, the filmmaker, “everything is still very divided culturally. Eventually there’s going to be a push where people are going to start looking blended in films and race doesn’t really matter. That’s when Filipinos will be successful.”

Jo Koy opened the door to this reality. But unless Hollywood supports Filipino stories so that the door remains open for us and our voices, Filipinos will be shuttered instead of showcased, floored instead of flourishing, stale instead of stars. 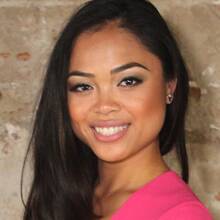 Melissa Enaje is a journalist, founder of lifestyle blog/newsletter The M Report and a former diocesan newspaper editor based in Brooklyn.