We have to talk about Hollywood’s gun problem 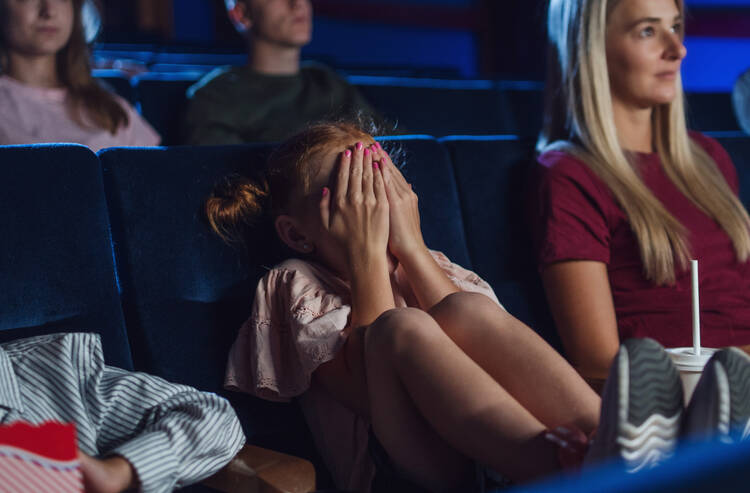 On Wednesday, Quinta Brunson, the creator and star of “Abbott Elementary,” went on Twitter to tell her fans to stop asking her to do a school shooting episode of the popular new ABC sitcom. “People are that deeply removed from demanding more from the politicians they’ve elected and are instead demanding ‘entertainment,’” she wrote in one tweet. “I don’t want to sound mean, but I want people to understand the flaw in asking for something like this. We’re not okay. This country is rotting our brains,” she wrote in another.

She’s right, of course. Asking Hollywood to “do more school shooting stories” is no answer to the gun crisis facing our country. As she points out, the real solution is right there in front of us: Support officials who advocate for gun control legislation and help to vote out those who don’t.

The more that guns appear on screen, the more normalized they become.

It is also true that our screens are already filled with guns and gun violence. On Monday the midseason finale of AMC’s “Better Call Saul” ended with someone getting shot in the head. The writer Thomas Schnauz said he did it “for simplicity’s sake.” The series finale of “Ozark”—one of the most popular shows on Netflix—ended with a man being shot in the chest, an unarmed woman being shot in slow motion and a teenager aiming a rifle at someone whom he then shoots offscreen.

In last November’s James Bond film “No Time to Die,” the world’s fourth-highest grossing film of the year, 163 people were killed on screen, mostly by gunfire. The most popular film of the year, “Spider-Man: No Way Home,” featured security guards at Peter Parker’s school carrying Glocks and federal officials firing assault rifles at Spider-Man; they end up shooting the teenager as he is holding his dead aunt in his arms.

And all this pales in comparison to the gun violence in many video games. The latest installment of the massively popular franchise “Call of Duty” requires you to shoot to death upward of 1,000 enemy soldiers to win. The free mode of the online game “Fortnite,” which has 350 million users worldwide, involves placing up to 100 players in an arena with the goal of killing one another, again by way of gunfire.

Asking Hollywood to “do more school shooting stories” is no answer to the gun crisis facing our country.

The popularity of gun violence in pop culture begs all kinds of questions about us. Why is it thrilling to watch John Wick dance through a passageway filled with “bad guys,” shooting them in the head? What is fun about hiding out on the top of a building in a video game, turning on a rifle scope and killing someone? Perhaps it’s the fact that it’s so transgressive; we like it precisely because in real life we would never do something like that or want to be around that kind of violence. Perhaps it speaks to our curiosity; these stories give us experiences we could never otherwise have.

But the more that guns appear on screen, the more normalized they become. Scientific studies have repeatedly shown that this is how things work. It’s the reason why we banned TV commercials about smoking, and why many networks and studios today insist that their characters cannot smoke. The more we see something presented as normal on screen, the more normal it seems in real life, if not attractive.

I dare say having Tom Cruise walk across the big screen toting a gun is more effective at selling firearms than a flurry of Republican ads.

I look with horror on The New York Times report about the number of Republican candidates for office that have used guns in ads this year. In over 100 different ads, G.O.P. candidates have presented themselves holding a gun, shooting a gun or describing themselves as advocates of gun rights, some of them speaking explicitly about guns as a means of killing “intruders” or even opposing the government. It’s disturbing.

But we should have that same sense of shock and concern for the guns that fill our screens. Endless stories of heroes wielding firearms makes gun violence seem more acceptable. I daresay having Tom Cruise or Denzel Washington walk across the big screen looking cool and toting a gun, as they have each done in more than a dozen films, is more effective at selling firearms than a flurry of Republican ads. I wonder if they or any of their fellow stars have thought about that. (In 2013, Business Insider put together a list of the celebrities that had appeared in a gun control ad after the mass shooting at an elementary school in Newtown, Conn., alongside the movies in which they wielded guns and killed people themselves.)

Brunson is right: A “very special episode” about a school shooting is not going to change our country. In fact, it’s far more likely to be another gross attempt at capitalizing on our trauma. But that’s not to say Hollywood has no role to play in making things better (or worse). Brunson’s show is itself an example of the kind of meaningful and successful storytelling that is possible without weapons or violence.

It’s true, audiences love a big action show. But if the explosion of streaming platforms and programming tells us anything, it’s that they love a lot of other things too. The real question is, will Hollywood and its stars listen?