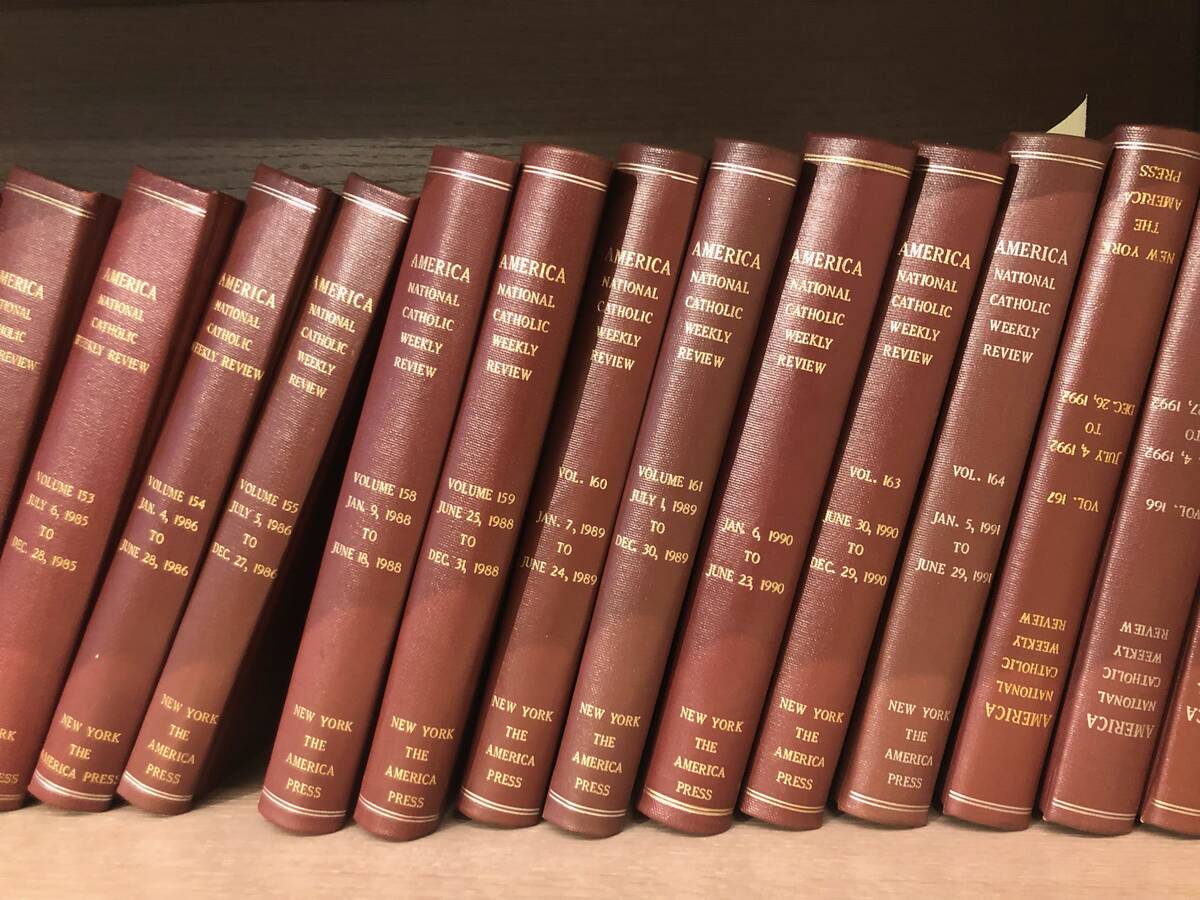 Something for everyone: Welcome to Spring Books 2022

My first stint as an America employee was as an intern, 18 years ago. Among my assigned duties (another was to shovel snow) was to compose an informal literary history of the magazine in celebration of its 95th anniversary on April 17, 2004. It was a rewarding task in the long run, if somewhat monotonous in the doing. We had not yet digitized the archives, so over the course of several months, I paged through 95 volumes of the magazine and composed a 7,000-word magnum opus that never saw publication. I give it now to new interns, none of whom read a word of it.

Nevertheless, the project gave me a sense of the magazine’s history that has been valuable in the years since, and I still like to poke around in those old volumes. It is good for morale to discover a new name now and again among the long list of distinguished thinkers America has published: Just two weeks ago, I found a trove of articles by Walker Percy. And it is good for humility to read a Jesuit complaining (a century ago) that the magazine was “entirely colorless” and that America “was accorded less respect by fellow Jesuits than a grammar class.”

It is good for morale to discover a new name now and again among the long list of distinguished thinkers America has published.

During my forays through those past issues, I discovered something else once I reached the 1960s and 1970s: Some of the names were familiar to me. Not just because they were famous—though there were more than a few of those—but because they were still writing for America. Some had been publishing with the magazine for half a century or more.

My predecessor as literary editor, Raymond A. Schroth, S.J., wrote his first article for America in 1957; he wrote his last in 2018. Robert F. Drinan, S.J., wrote his first in 1945, his last in 2005. Richard A. McCormick, S.J., wrote an essay on Henrik Ibsen and modern theater in 1952. Forty years later, America was still publishing him regularly on moral theology. Our longtime film reviewer Moira Walsh reviewed “Miracle on 34th Street” in 1947. She was still writing reviews in 1974. Are we a hopelessly retrograde operation by nature? Or have the editors done well to practice St. Ignatius Loyola’s advice, age quod agis? (Roughly translated: “If the running game is working, don’t switch to the pass.”)

The Rev. Joseph A. Komonchak, ecclesiologist nonpareil, was first published in America 34 years ago, though articles citing his work on the Second Vatican Council appeared long before that. He is interviewed in this special Spring Books issue by Kenneth L.Woodward. Father Komonchak is the co-editor of the five-volume History of Vatican II series that adorns the shelf of every Catholic theologian, and his conversation with Mr. Woodward, the former religion editor of Newsweek (for 38 years!), brings new insights into that council as well as our current church milieu.

Whose histories do we celebrate and whose do we ignore (or erase)?

Other insights into church history can be found in our “Last Word,” a thoughtful reflection by Shannen Dee Williams on her experiences writing her new book, Subversive Habits, the first full history of Black Catholic nuns in the United States. Williams’s account of the opposition she faced when trying to access historical records from those “invested in maintaining the multitude of myths that undergird human history” is a reminder to us all not to forget some important questions: Whose histories do we celebrate and whose do we ignore (or erase)?

There is much more in this issue: A conversation between Ricardo da Silva, S.J., and Marcia Pally about the songs of Leonard Cohen includes weighty theological questions about theodicy, covenants and the theories of René Girard. (Yes, you read that right—there was a lot more to Cohen, the “high priest of pathos,” than just “Hallelujah” and “Chelsea Hotel #2.”) Mary Grace Mangano interviews Christopher Beha on faith and fiction. Benjamin Ivry wonders if the risqué author of Madame Bovary was actually a deeply Catholic writer.

Our book reviews cover a medley of topics, from Buster Keaton to climate change to Supreme Court rulings to college basketball to a primer on how to read well. Oh, and there is also a review of Drug Use for Grown-Ups. As always, we offer deep dives into authors past and present, including looks back at the works of Joyce, of Faulkner, of William Least Heat-Moon. And we bring an appreciation of Dante, who died 700 years ago, and so never got the chance to write for America.

We publish these special literary issues in print twice a year, both as a chance to offer our readers a broader exposure to great books and also to allow us to chase after our own particular favorites from yesterday and today. We hope you enjoy!