Adele was the soundtrack to my coming of age. But she lost me in her glitzy ‘One Night Only’ special. 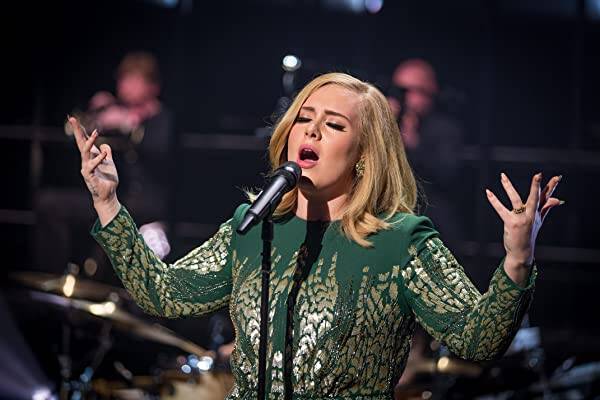 On Sunday night, CBS broadcast “Adele One Night Only,” a concert special aired in anticipation of the Nov. 19 release of her new album, “30.” I was thrilled when I began watching: Adele has easily been my most-played artist for the better part of a decade, beginning when I first downloaded “Rumour Has It” onto my red iPod Nano and up through today. In my junior year of high school, I was late to my U.S. history class one day because I stayed behind in the drafty cafeteria, trying to score tickets to one of her performances at Madison Square Garden. (The attempt was unsuccessful, alas.) Even six years after she released her last album, “25,” its songs sound fresh each time I listen, like they have only been released a few months before.

But by the end of Sunday night’s special, I felt a sort of disillusionment, a cognitive dissonance. Whereas once Adele’s music and persona exuded humility and a sort of selflessness, “One Night Only” showed me a version of Adele who has branched away from my own experiences, a singer who has become so embedded in the cultural exclusivity of Hollywood that she is no longer relatable.

I do wonder if Adele has somewhat forgotten the everyday realities of life that allowed her music to resonate with such a large and varied audience.

I am happy that she has been able to collaborate with and even become close with other artists, since the strongest friendships are built on what people have in common. (And I cannot complain with the results, since one of these new friends, Bruno Mars, helped write my favorite song from any of Adele’s albums, “All I Ask.”) I would also be remiss not to mention that in the wake of a difficult period in her life, Adele is figuring out how to become her most authentic self, just as we are all called to do. Perhaps I myself am even being a little selfish as I try to hold onto a conception of the singer that is simply not compatible with the person she is today.

But even so, now that she has relocated from her roots in London to the glitziness of Los Angeles, I do wonder if she has somewhat forgotten the everyday realities of life that allowed her music to resonate with such a large and varied audience.

The concert was pre-recorded at an invite-only event, where 150 or so of Adele’s friends and acquaintances watched her perform onstage on a picturesque hilltop in Los Angeles. Throughout the night, the camera panned to celebrities in the audience, including Lizzo, the chef Gordon Ramsay, James Corden (you know, the one from “Cats”) and Ellen DeGeneres (you know, the one with a hostile workplace). To top it all off, Adele was interviewed by Oprah Winfrey, with pre-recorded clips of their conversation sprinkled between numbers throughout the broadcast. The end result was a performance that felt more like a cocktail party for Hollywood A-Listers, filmed for a wider audience only as an afterthought.

This Adele, who used all sorts of astrological language to describe her current stage in life, felt like a stranger to the person whose music I listened to as I was coming of age.

When she sang about her own experiences, she was providing me with a way of articulating my emotions when I, as a teenager, did not yet know how to voice them.

There was an element of wonderful inevitability about Adele for me in my teenage years, as if she were a person I had seen in passing on the street once whose face I suddenly recognized. She was glamorous, not in spite of what might be called her averageness, but because of it: She made no attempt to hide her strong Cockney accent or her cleft chin (or, as she has jokingly called it, her “bum chin”), and she often burst the bubble of decorum at her sold-out concerts as she let loose dozens of swears. Even as her weight and figure became the subject of misogynistic insults and jokes in online culture, she remained unflinchingly herself.

In the same way, Adele’s music on her most influential albums, “21” and “25,” did not attempt to sugarcoat the roughness of human emotions. Her songs expressed the wistful heartbreak and defiant rage that accompanied a horrible breakup; but she was not embarrassed to also write music that earnestly expressed how much she loved her young son, or that gloated to an ex-boyfriend that she barely even thought about him anymore.

I first listened to her music before I was old enough to relate to most of the experiences she sings about. But even so, Adele’s music was there for me as I grappled with my identity in middle school and high school—making sense of my sexual orientation, my spiritual and political beliefs, the type of person I wanted to be. Her singing reassured me that I was not a freak just because I did not have these things figured out; I was human. She sang about her own experiences, sure—but in doing so, she was providing me with a way of articulating my emotions when I, as a teenager, did not yet know how to voice them.

But during the CBS special, that relatable magic of hers was sadly missing. Instead, Adele seemed to bask in an indulgent self-love that bordered on egoism. As she sang “When We Were Young,” the walls of the Griffith Observatory behind her were emblazoned with projections of photos of herself from throughout the years. And seeing her so cozy with the rich and famous hit me as a kind of betrayal, as if she had come to believe that she actually was not good enough the way she was before.

Adele’s music on her most influential albums, “21” and “25,” did not attempt to sugarcoat the roughness of human emotions.

Add to this the fact that in the middle of the television special, Adele announced a bizarre engagement stunt. A man, apparently chosen at random beforehand, was given the opportunity to propose to his girlfriend in front of the audience and Adele. It may have seemed like a good idea on paper, but the act had the same inauthenticity as someone throwing a surprise party for him or herself. Rather than being a genuinely moving moment focused on a couple’s love for each other, the proposal felt more like just another segment of a variety show hosted by Adele.

Whether intentionally or not, it seemed that Adele was directing all of the attention of the evening back towards herself, minimizing the role which other people play in relationships. When asked by Oprah whether “30” should be thought of as a “divorce album,” Adele replied that the record was really about “divorcing myself”—separating herself from who she used to be, and thereby removing even her ex-husband from something that directly affected his life as well. Of course, some level of this is inevitable for an artist who is promoting her upcoming album—but during the concert broadcast, it felt like Adele was not putting on a show, so much as making herself the show.

At the end of the broadcast, Oprah concluded the interview by expressing to Adele her wish that she receive “all the things your heart desires”—a humanist “prayer” that solidified the evening’s self-congratulatory tenor.

I make my critique from a place of love and respect, as someone who has cherished and will most certainly continue to cherish Adele’s music. But in all of this, maybe I am pining in vain for a time that has come and gone, just as the lyrics of “Someone Like You” go: “We were born and raised in a summer haze,/ Bound by the surprise of our glory days....”