Jesus found me on Broadway. I can’t wait to go back. 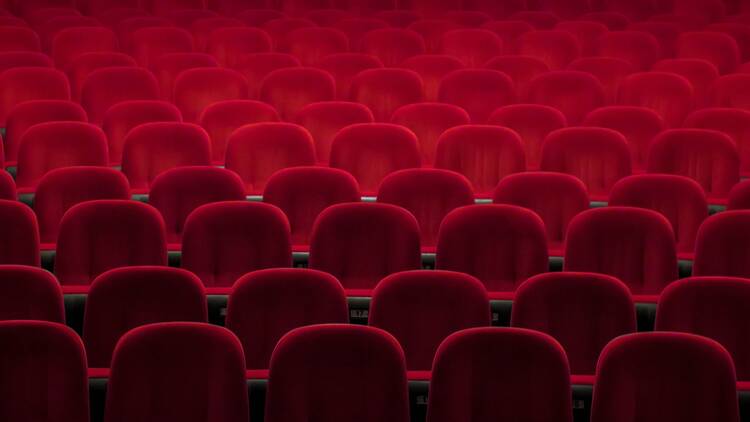 Photo by Denise Jans on Unsplash

Right before Chicago shut down in March 2020, I went to the theater. I had tickets for three shows that weekend. Two of them had to be cancelled due to the mayor’s orders closing large venues. The third, in a storefront theater on the very northern edge of the city, was small enough to remain open, at least for the weekend. I still didn’t fully understand how Covid-19 spread, so I wasn’t worried about the fact that a group of strangers would be singing at me for two hours.

With two other Jesuits from my community, I bravely—or maybe stupidly?—attended what would be the final performance of Theo Ubique’s “Grey Gardens.” Despite my ignorance about the virus, I did appreciate the irony of watching a show about two women who live alone in their house, cut off from the outside world and skeptical about strangers coming inside.

Musicals are not merely a passion of mine—they were often my most profound experiences of prayer.

Just a week prior to seeing “Grey Gardens,” I had been in New York City. Even less conscious of the raging pandemic, I had attended another musical, the still-in-previews production of Stephen Sondheim’s “Company.” I definitely did not appreciate the irony of watching a show in the epicenter of a global health crisis about how our lives are not fully lived alone, but when we can depend on one another.

As you may be able to tell from my (in hindsight) very rash behavior in the early days of the pandemic, I love musicals. I love watching them, discussing them, debating about them, criticizing them, comparing them. I work out listening to soundtracks from esoteric musicals from the 1960s. I appeared in musicals every year from when I was 5 to 22, and wrote a musical in lieu of a philosophy final.

But musicals are not merely a passion of mine—they were often my most profound experiences of prayer. Before I became a Jesuit and really learned how to pray, they were a quick route to the divine. The sustained attention, collective effervescence, heightened emotions of a good show meant that Jesus often found me in those cramped seats. Plus, it was one of the few places I turned off my cell phone for fear of an angry diva yelling at me if it were to go off.

Before I became a Jesuit and really learned how to pray, musical theater was a quick route to the divine.

I went to see “Dear Evan Hansen”in its Off Broadway run. A friend of mine had seen the tryout in Washington, D.C., and insisted that I get tickets before it became a runaway hit. (She was right, by the way.) I knew very little about the show, except that the songwriters had produced a small musical that my theater camp friends liked to listen to on repeat.

I was already a Jesuit when I attended an early performance of the musical with two dear friends. I had recently made our 30-day silent retreat, the Spiritual Exercises. Throughout the retreat, St. Ignatius instructs retreatants to imagine themselves in Gospel scenes with Jesus: Walk with him, talk with him, see who he sees and eat what he eats. In those imaginings, Jesus performs miracles for us and heals us from our ills and casts out our demons, just like those of the people in the stories.

The sustained attention and heightened emotions of a good show meant that Jesus often found me in those cramped seats.

On my retreat, I spent many days exploring my strained relationship with my deeply troubled younger brother. During my prayer, I experienced a profound moment: Jesus told my brother and me the story of the prodigal son together. We experienced the way Jesus knew us intimately in the way he described the relationship of the brothers in the parable. I stood as the older brother, resentful of the second and third and 50th chances he had been afforded. Still, it was abundantly clear that Jesus would continue to give him chances and hoped that I would move in that direction, too. In the weeks and months after the retreat, I was still unpacking exactly how Jesus was calling me to love my prodigal brother.

As the performance of “Dear Evan Hansen” started, Jesus came alive again in my prayerful imagination as the character of Connor Murphy, a troubled teen whose suicide sparks the events of the show. Much like my experience on the retreat, I re-experienced moments of my life in a new context. At the Second Stage Theater on 43rd Street, a group of actors seemed to know the relationship between my brother and me intimately, portraying fights that so closely resembled our own. As Connor’s sister sang about how he had so disrupted her life, it felt like they eavesdropped on conversations I’d had with my sister. For years, we struggled to find a way to love someone who had caused so much strife.

Tears overwhelmed me. The song named and crystallized the acute pain I had carried for years and thought I had resolved on the retreat. Such pain doesn’t get resolved so easily, though. My sobs started to distract other audience members.

After so long away from the theater, we all feel like those River City residents: Our lives have plodded along without that spark.

And as he is wont to do in such moments, Jesus showed up.

My friend rummaged in her purse for a tissue and grabbed my arm in support. With her touch, Jesus told me, “I know, I’m here.” He stood with me, like he had so often on the retreat, amid the anguish that I feared would overwhelm me. I made it through the rest of the show—barely.

After “Company”and “Grey Gardens,” I knew it would be a while before I saw another show. Over the pandemic, I have happily made do with filmed productions and obscure soundtracks and YouTube wormholes of actresses belting. It hasn’t been quite the same, of course, but it’s a necessary sacrifice.

While “Dear Evan Hansen” reminds me of my brother, the show I am most excited to see as Broadway reopens is one that reminds me of two other men in my family: “The Music Man.”One of the first shows I ever performed in was “The Music Man,”directed by my uncle. My grandfather can’t wait to see it because he has a bit of a crush on the leading lady, Sutton Foster.

After so long away from the theater, we all feel like those River City residents: Our lives have plodded along without that spark. We have yearned for the shared laughter, applause and tears that are only possible in a dark room, surrounded by strangers. It’s exhilarating to think Jesus will find us there again soon, experiencing something transcendent together. 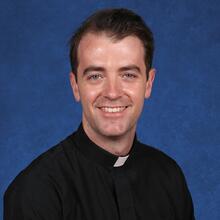 Jake Braithwaite, S.J., was raised at the Augustinian St. Thomas of Villanova parish before meeting the Jesuits at St. Joe’s Prep and then Fordham University. He now teaches math at Brooklyn Jesuit Prep.