After a hellish year, Jesuit playwright Bill Cain’s ‘9 Circles’ reminds us of the healing power of storytelling 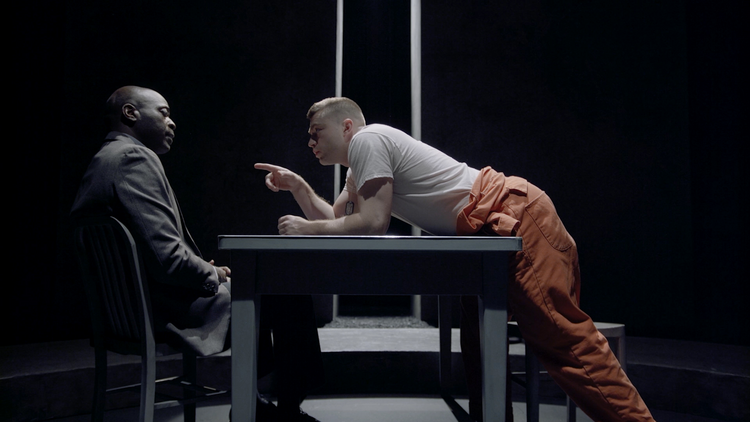 When the world shut down in March 2020, Next Act Theatre in Milwaukee had just completed its first week of rehearsals for the third show in its season: “9 Circles,” playwright Bill Cain, S.J.’s searing descent into the personal hell of a soldier facing execution for horrific crimes. Despite the weight of the material, everyone agreed this was a special project in the making, a story with the potential to start important conversations about our unresolved past at the dawn of a new decade.

What happened next, of course, was the pandemic. Theaters and tens of thousands of live venues across the globe shuttered indefinitely.

“It was a stunning feeling. There was no way to come to any kind of closure on it,” said David Cecsarini, the producing artistic director of Next Act. “But there wasn’t much room for sadness. Just, ‘Now what to do we do?’”

As 2021 approached, the question arose: Could “9 Circles” make the leap not only to a digital format but to a post-2020 audience?

Like other theaters, Next Act pivoted. Mr. Cecsarini found himself navigating an unprecedented hybrid of theater and film to create a digital 2020-21 season, following C.D.C. guidelines closely to organize safe rehearsals and filming days. Audiences bought tickets to stream shows on demand. Some were hungry for filmed theater, while others struggled with screen fatigue after months of Zoom and Netflix. Still, the shows went on...online.

As 2021 approached, the question arose: Could “9 Circles” make the leap not only to a digital format but to a post-2020 audience? The questions were not merely practical. Father Cain had based the play on the story of Pvt. Steven Dale Green, one of five U.S. Army soldiers convicted of raping and murdering Abeer Qassim Hamza al-Janabi, a 14-year-old Iraqi girl, and also killing her father, mother and 6-year-old sister.

After a traumatic year of pandemic, police killings, protests, a federal execution spree and a full-blown insurrection, was the story of a white soldier’s agonizing reckoning the right one to tell right now?

The question of how to proceed went to the heart of what theaters around the world were grappling with: What is the role of the storyteller in society? And when society changes, how does theater adapt?

“I did hesitate for a little bit. Do we want to go into a story that is about a troubled young white man who does an atrocious thing? Should we feel empathy for him?” said Michael Cotey, the Chicago-based director at the helm of Next Act’s production.

For Next Act, the question of how to proceed went to the heart of what theaters around the world were grappling with: What is the role of the storyteller in society? And when society changes, how does theater adapt?

“The goal of theater is to be free, to experience life in its fullness,” said Bill Cain, a Jesuit priest whose artistic career has included screenwriting, directing and teaching along with playwriting. “[The actor is] a test pilot of humanity…and we are freed by that. We don’t have to be frightened of ourselves. The actor has shown us the way.”

In “9 Circles,” the playwright guides his audience into the damaged soul of the guilty soldier Daniel Reeves and challenges us to do the hard work of balancing empathy with accountability, recognizing that in war we are all responsible for what is done in our name. For those of us coming to grips with the ways we and the systems we are part of have caused great harm—from the U.S. government to the Catholic Church—it’s a powerful premise.

“[The play] brings you to empathy for this kid. He does not bring you to forgiveness,” said Mr. Cecsarini. “[The play] sets up this back-and-forth, and there’s no way out. It’s a no-win scenario for the playgoer at that point.”

Being deprived of the “communion of theater” has been “brutal,” Cain said. But he finds that’s exactly what makes stories like “9 Circles” so important.

Being deprived of the “communion of theater,” the chance to gather together and experience a story, has been “brutal,” the playwright said. But he finds that’s exactly what makes stories like “9 Circles” so important. “This production coming back to life [was] an act of faith,” he stated. “It goes to a very dark place and yet comes out with empathy, and that’s the journey that we all need at the moment.”

Mr. Cotey and Mr. Cecsarini were committed to preserving that journey as they moved the production into a Covid-safe format. The solution was a single handheld camera circling the action like a docudrama, creatively edited to simulate a single take. Extreme close-ups as well as wide shots catch as many details as possible and a new lighting plan was established to accommodate the switch to film. These techniques captured the raw, grueling intimacy of Reeves’s nine-scene tailspin through trials, flashbacks and imprisonment into new awareness of his humanity and his crimes.

The audience reaction was “very positive,” Mr. Cecsarini said. He received many comments from viewers, who said the filmed show was not only engaging but really “made it seem like I was there” or “brought me inside the head of the soldier,” often to an unsettling degree. In short, it did exactly what live theater tries to do.

“It feels like the kind of play only a Jesuit could write."

“[Theater] is the place where we generate empathy and we make people experience other people’s stories and confront harsh realities. And Bill Cain’s like, ‘Prove it. Prove that’s what we do,’” Mr. Cotey said. “It feels like the kind of play only a Jesuit could write.”

The successes, trials and innovations of Next Act’s production make it an interesting case study in how theaters work to serve their communities in a rapidly changing landscape. It is not just about adjusting technologically to the needs of the times, but understanding what stories need to be told—and when and why.

What makes “9 Circles” one of those stories? The author points to the Divine Comedy, from which “9 Circles” draws its name. “You go through Hell, but then the pace begins to pick up in Purgatory. In the Celestial Realm, it goes faster and faster and faster, and then you encounter the Love that moves the universe,” he said. “That’s the journey. If you’re in Hell, keep moving. Don’t get comfortable there.”

After enduring lockdowns, quarantines and long separations from those we love, audiences may crave the kind of theater that keeps us comfortable or offers an escape. But if Bill Cain is right, and the role of theater is to free us, then theaters must invest in both kinds of healing work: plays that help us forget and plays that help us to connect.

“‘9 Circles’ can’t be understood until Reeves comes to understand that he and his victim are the same person. There is no separation between him and her,” he said.

“There is no social distance in theater. It abolishes social distance. Everything you’re afraid of, everything that happens to Hamlet, Lear, Oedipus, the Trojan women, everyone who’s made an outcast…suddenly we’re very close to them. No part of me is isolated or untouchable. We’re all in this with one another. That’s the journey of theater.” 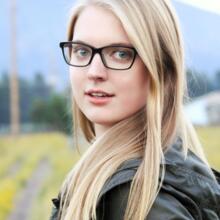 Jennifer Vosters is a writer and theater artist from southeastern Wisconsin. Her writing has also appeared in National Catholic Reporter.