Too many Americans are forgotten or misunderstood. ‘Our Towns’ tries to change that. 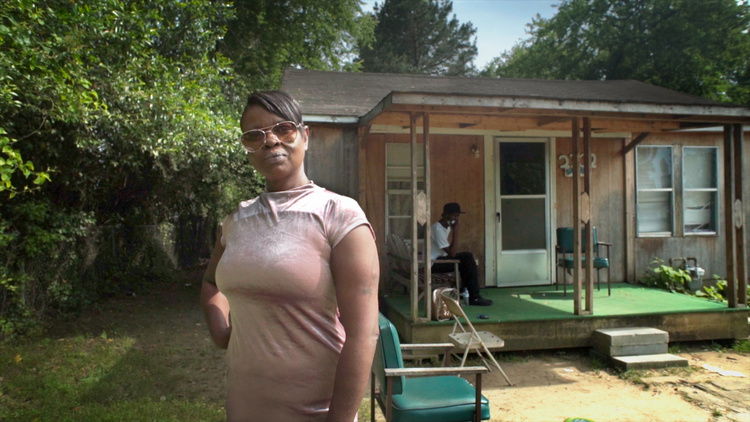 Sharon Jones from Columbus, Mississippi is featured in ‘Our Towns,’ a new documentary from James and Debra Fallows on HBO.

“The smoke” was something always talked about, but I was born too late to ever see it. “The smoke” filled the air in my hometown for decades, reddening the sunset as the waves of Lake Erie beat against the artificial shoreline created by slag—a byproduct of steel production. “The smoke” was something you lived with because it was an ever-present sign that 30,000 men and women were employed by Bethlehem Steel’s plant in Lackawanna, N.Y. It is what made the town work.

And then came the bust, and Lackawanna became just another link in the Rust Belt. It feels like it has all gone up… in smoke. Lackawanna has become like so many thousands of other small towns across the country, searching for hope and ways to reinvent itself.

So, it was with a familiar feeling that I sat down and watched the new film “Our Towns,” based on the eponymous book by James and Debra Fallows. In “Our Towns,” the Fallows fly across the United States and highlight the histories, challenges and responses of small communities to change across the American scene by building and growing relationships with members of these communities.

“Our Towns” seeks to provide insight into the complexities of the lives of the many Americans who are either mischaracterized or forgotten in the national conversation.

The film highlights six towns (whittled down from the 42 they visited) in varying states of recovery and development. “Our Towns” does not try to divide these communities on the basis of national political identities, but rather seeks to provide insight into the complexities of the lives of the many Americans who are either mischaracterized or forgotten in the national conversation.

Before setting out, Mr. Fallows posted a piece on the website of The Atlantic, where he has been a long time contributor, asking for recommendations, “looking for places to go that are some way representative of the American saga right now.” “And the surprising thing,” said Mr. Fallows in an interview with America, “is that we got about a thousand, 1,000-word length essays telling us why different places throughout the United States encapsulate the moment.”

Although they are longtime denizens of Washington, D.C., both Jim and Debra Fallows come from towns very much like those highlighted in the film. Debra from Vermillion, Ohio, and Jim from Redlands, Calif., tucked next to the mountains and abutting San Bernardino. “Our Towns” begins there.

“I was conscious growing up that I was from a place that everyone loved and others kind of looked at like the sticks,” said Mr. Fallows. “When I was in junior high school, Joan Didion was writing about my town, depicting it as Appalachia come to the Sun Belt.” It’s a perception that he has carried with him throughout his career as a journalist. For him, it provided “an awareness of how people can perceive things from inside and outside.”

“Our Towns” is a story about American communities that are frequently talked about, but rarely engaged with in any meaningful manner.

A key component of their travels was the time (and space) in-between. Fallows piloted their small aircraft between the many towns they visited, and in addition to offering sweeping visuals, flying provided a very different experience.

“A hundred years ago when flying was just getting going, and it was much more dangerous, there was a convention that anybody who was a writer, or artist, or poet would want to be a pilot because of the perspective it gives you on the world from 2,000 feet up, which is unprecedented in human history,” Mr. Fallows said. It is a unique opportunity to contemplate the integral part that distance and nature play in defining American communities.

People already know about bitterness, division and polarization, Mr. Fallows says, but there is more to the American narrative. “Our Towns” is a story about American communities that are frequently talked about, but rarely engaged with in any meaningful manner. This is the reason Mr. Fallows chooses to avoid politics in the project, preferring “the depth and dimensionality of peoples views when you ask them about things they know.”

“If a national reporter,” continued Mr. Fallows, “is coming to some place outside of New York or Washington, and asking people about the filibuster, or the other 900 national issues, there’s a power imbalance.”

“If you ask them about their lives, their families, their children, their farms, their towns, they are really interesting and deep.”

“In my experience as a reporter, you never learn anything by asking people these questions. But if you ask them about their lives, their families, their children, their farms, their towns, they are really interesting and deep.”

There are real, substantive issues that local communities need to address that have been politicized on the national scene. In “Our Towns,” viewers are introduced to Eastport, Me., home to one of the deepest natural ports in North America. Eastport, a town of 1,300 residents, is home to lobstermen who are now preparing to shift away from lobstering because of warming oceans. It’s their livelihood, and they need to prepare. Similarly, Sioux Falls, S.D., has seen a significant influx of refugees who have become a critical part of the workforce in an emerging, redefining economy.

Even mentioning such topics as refugees and climate change might give cause for some groups to pigeon-hole “Our Towns” as having a progressive-leaning political bent. But Mr. Fallows’ response is more nuanced: These are real issues that require real responses regardless of the politics.

“So if people react that way, I think that would suggest being hypersensitized by the national discourse to instantly put any idea on the grid of red versus blue,” he said.

This is a story about Americans of every stripe and region, emphasizing that all Americans deserve to have a voice.

And the same is true in the reverse: Those who would depict the film as an homage to small town America, the “real America,” would similarly miss the point. This is a story about Americans of every stripe and region, emphasizing that all Americans deserve to have a real voice in the local, regional and national conversation.

Mr. Fallows looks at these regional and local developments, when separated from the national discourse, as bastions of democracy’s future. “Over the last 15-20 years, national politics in the U.S. has been essentially trench warfare and zero sum. All contenders in national politics have been trying to defend their territory,” he said. “In those settings for national politics, it is all the more important that we recognize local and regional experimentation, not so much as a laboratory of democracy in the 1930s terms, but sort of as a conservator of democracy in medieval terms, when you had monasteries as a place where the light could continue.”

One of the real gems of “Our Towns” is how it captures the self-expression of American communities. How they grapple with their own history, such as the Emancipation Day plays produced by the Mississippi High School for Math and Science in Columbus, Miss., which bring the community together. Or the community participation in the traditions and ceremonies of the Sioux in Sioux Falls, S.D., and the Passamaquoddy in Eastport, Me. Embracing and learning from their past, and effectively grappling with the ongoing process of diversification builds sustainable and flourishing communities.

One of the real gems of “Our Towns” is how it captures the self-expression of American communities.

“Places that recognize that more directly,” said Mr. Fallows, “are in better shape, among other reasons, because they can use a greater share of their communities’ creativity and resources.”

A larger crisis highlighted in “Our Towns” is the collapse of local media—what Mr. Fallows calls a genuine emergency—and “local news is both in jeopardy and indispensable.” The film makes this point rather poignantly in highlighting the work of Eric Eyre, a journalist at The Charleston Gazette Mail who won a Pulitzer Prize for breaking the story of the opioid epidemic in West Virginia and the practices of pharmaceutical companies that facilitated it.

“People’s lives are complicated every place you look, and just as complicated as your own life is.”

“Our Towns” does not demand that the viewer don rose-colored glasses to regard the state of American communities, but nor is it a jeremiad. “The tone of our work is ‘You’re not going to believe what’s happening in all these places. And it’s good, and it’s bad, but there’s more of it than you think.’” Mr. Fallows continued, “People’s lives are complicated every place you look, and just as complicated as your own life is. And we tend to simplify the narratives of people we don’t immediately see, but there’s all this churning life out there that is part of the American drama.”

While “Our Towns” highlights the great many characters, innovators, leaders, artists and entrepreneurs who drive change in communities, that sense of “everything could go to hell” is still prevalent in many communities. There is a tension between the hope and the anxieties of making it through daily life; and the forces of time and demography are working against small towns.

“On one axis,” noted Mr. Fallows, “there is a centuries-long story in American life of cities too small to survive. If you look at the decennial census from the end of the civil war for about a century afterward, most counties in the U.S. lost population... That is a long-term force that in many places is too great to resist.”

“On the other axis,” continued Mr. Fallows, “it may be the only escape some people see in certain areas is to leave their towns and communities. The long-term pressure on small places and the generational dysfunction that forces people to seek escape are two very significant factors affecting these places.”

These challenges—of economic collapse, racial divides, the opioid crisis, the collapse of local news, lack of access to educational resources, the social and political tensions between rural communities, small towns and major cities in American discourse—can be and are being overcome in communities throughout the United States.