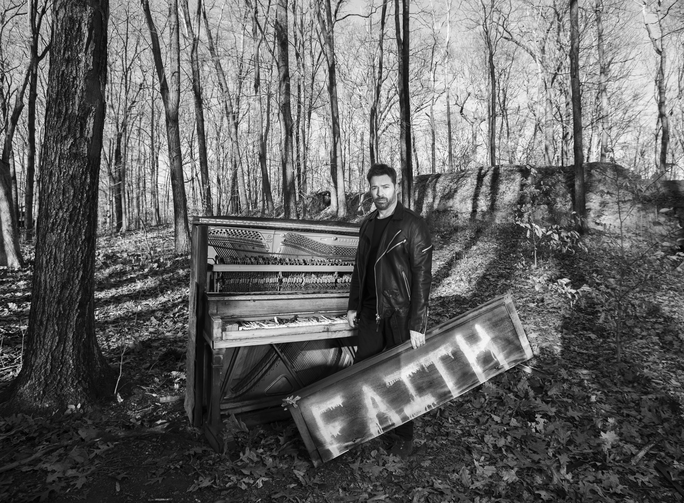 (RNS) — Even Harry Connick Jr.'s iconic, New Orleans croon can't hide just how meaningful making his new album was to him in a time when he needed it most.

“This project helped me through my faith in the time of COVID,” said Connick of his jazz-inflected interpretations of 13 classic Christian hymns, released March 19 and titled “Alone With My Faith."

The title explains pretty much how the album came about. Marooned in his home in Connecticut much of last year, unable to tour or even safely hang out with his band, he sat in his home studio and put together a list of favorite church music, from "Amazing Grace" to 1970s-era Catholic folk Mass tunes to modern gospel songs.

“This project helped me through my faith in the time of COVID,” said Connick of his jazz-inflected interpretations of 13 classic Christian hymns.

“There were so many songs of faith to choose from when deciding what songs would make it to the album," he mused. “I could have chosen 10 more.”

Occasionally he called in a lifeline. “I asked my dad and stepmom what songs they thought I should sing," Connick said, "to which they responded, 'Old Time Religion.'" Connick includes the traditional song on the album, giving it a brassy Bourbon Street treatment, but the phrase describes the mood of the whole project.

While it's reverent, the album is anything but churchy. “'Amazing Grace' is so familiar to many and can be interpreted in any kind of way musically,” said Connick. "The Old Rugged Cross" is delivered as a conversation between a gospel organ sound and moody piano chords. The Jesuit priest Bob Dufford's "Be Not Afraid" starts formally enough but by the end has hints of a lounge ballad.

But Connick isn't just playing with the lines he heard in church on Sunday. A Catholic from the Deep South, he is not shy about discussing his faith, and he readily stated that his primary audience was Jesus. “Christ is No. 1 in my life,” he said.

A Catholic from the Deep South, Connick is not shy about discussing his faith, and he readily stated that his primary audience was Jesus. “Christ is No. 1 in my life,” he said.

A gregarious person by nature, Connick found that being alone shaped him as well as the tracks he produced: The stillness, he said, helped him to dig deep into his own faith when his world had all but stopped, as it did for many during the pandemic. "My life has changed. My world is uncertain," he sings on the title track, an original composition. "Alone with my faith. What I know is true, what gives me assurance when I don't know what to do."

Connick recognizes that his fans may not be ready to see this side of him, but he said he's not worried. “I’m not concerned at all. I have never worried about that when I am creating music. I want to be authentic and sincere in creating music that I sing." What's important to him, he said, is that “I’m giving my audience a sincere effort in this project.”

So sincere, he said, that the power of the songs often got to him. Talking about his favorite cut, “The Old Rugged Cross," Connick said: “When you sing the words, it is powerful. There were many times that I would start to sing and cry.”

The album is without doubt a testament to the difficult seasons of the pandemic and the relief that can be found in faith. Connick wants his listeners to understand that he struggled just like them. Lucky for him, and his fans, “I felt the need to make music.”