‘News of the World’: Can Tom Hanks and a family-friendly Western heal our nation’s divide? 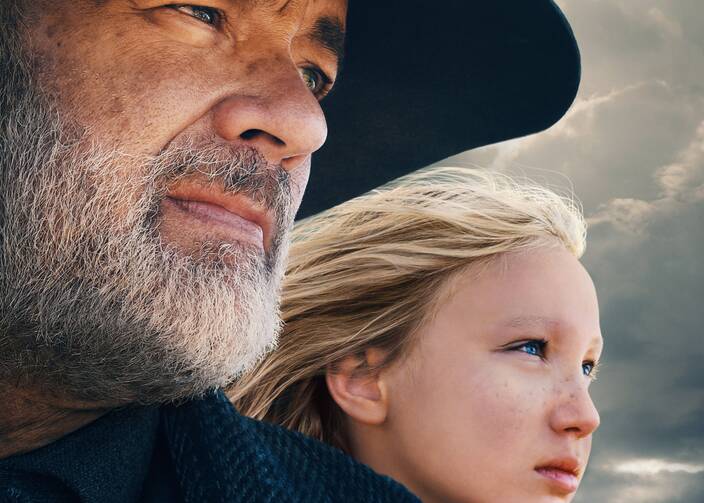 Tom Hanks and Helena Zengel star in the movie "News of the World." (CNS photo/Universal)

A family-friendly American Western is not what most audiences have come to expect from director Paul Greengrass. The English-born Academy Award nominee is best known for focusing his camera on the darker parts of humanity, including the pirate hijacking of the Maersk Alabama in “Captain Phillips” and the September 11th terrorist attacks in “United 93.” But with his latest film, “News of the World,” which has just been nominated for two Golden Globes, Mr. Greengrass has teamed up with Tom Hanks once again for a 19th-century road trip that exposes our past discord and offers examples for today.

Set in the post-Civil War era, the film follows the fictional Captain Jefferson Kyle Kidd (Hanks), a former Confederate soldier and preacher who now roams town to town, reading the headlines of the day. The Old West is pitted against the Northern states in the wake of a brutal war that killed an estimated 620,000 Americans.

When Captain Kidd meets an orphaned Kiowa girl (the German child actress Helena Zengel, who has been nominated for a Golden Globe for this role), he reluctantly agrees to shelter her and sets out on a journey to locate her surviving relatives and reconnect with his wife in San Antonio. Like an American-born, gun-toting Silas Marner, Kidd grows in affection for the orphan child and, by the film’s conclusion, claims her as his own.

“News of the World” succeeds in marrying the classic action-adventure conventions of the American Western with a deeper, human story about the ties that bind us, even in the midst of persistent unrest.

Mr. Hanks is successful in portraying Kidd as a likeable, upstanding father figure, even as he remains sympathetic to the Confederacy. He is akin to a gentler version of John Wayne’s Ethan Edwards, the bigoted Confederate veteran who sets out to find his kidnapped niece in “The Searchers.” Despite the residual anger and resentment stemming from the Union victory, Kidd works to be a uniting force as he weaves his stories throughout the South.

In an interview, Mr. Greengrass said that he chose to make a film about overcoming our divisions after completing “22 July,” centered on the 2011 terror attacks in Norway and “the growth of violent right-wing extremism” in Europe.

“I think most people, of whatever [political] persuasion, would rather move to a place where we have less bitterness and less division,” he said.

Interview: Did playwright Will Arbery predict the storming of the Capitol in ‘Heroes of the Fourth Turning’?
Rob Weinert-Kendt

Mr. Greengrass is keenly aware of the stark challenges faced both by the United States and the international community as our disagreements and grievances escalate into deadly violence. Following the Jan. 6 assault on the U.S. Capitol in which domestic terrorists threatened the lives of lawmakers, Mr. Greengrass admits that there is no easy road on the path to healing.

“I think that the solution to our difficulties, which I think is going to be long and hard, is going to lie with all of us individually in our private, quiet, unassuming ways,” he said. Mr. Greengrass sees Kidd as leading that charge, focused on “better days to come” while traveling through a country torn apart by civil war. It is his belief in “the healing power of storytelling” that forms the core of the film and provides lessons relevant to our collective discontent.

“News of the World” succeeds in marrying the classic action-adventure conventions of the American Western with a deeper, human story about the ties that bind us, even in the midst of persistent unrest.

“Our stories bind us together, so I think that’s also part of the solution,” said Mr. Greengrass.

“News of the World” is available on video on demand.