Netflix’s ‘Rebecca’ reminds us that some ghosts never go away 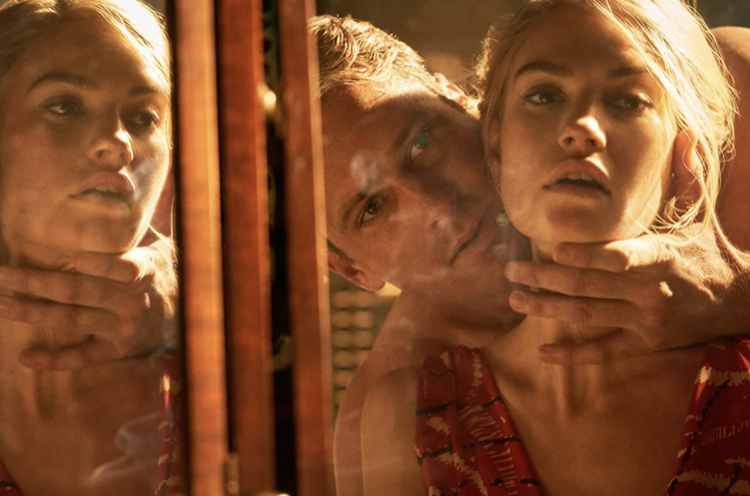 It is not often a movie genuinely surprises me. There can be certain twists and turns that throw me for a minor loop—good little shocks, truly—but films often guide the viewer through the story in a way that is satisfying, yes, but also expected. I can usually feel what the director is trying to do to me, and never let myself feel too clever for catching onto their game.

I had never seen Alfred Hitchcock’s original 1940 adaptation of “Rebecca” or read the 1938 novel by Daphne du Maurier, so I didn’t know the story before the remake came out on Netflix this week. A chain of events progressed without the hint of any staggering bends in director Ben Wheatley’s adaptation, until the one thing I took for granted—the one thing that held the narrative together like the block center of a Jenga tower—was pulled from the love story. A gasp escapes! The tower is no longer.

“Rebecca” tickles at mystery’s itch along our skin.

And then it immediately picked itself up and built itself into another structure. There is nothing quite like the unexpected, the completely unconsidered. Throw in a good measure of obsession, wolves in sheeps’ clothing and the hint of some good old-fashioned ghosts: “Rebecca” tickles at mystery’s itch along our skin. It is one thing, then another. Now here, have your ending. Let that tower burn to the ground.

“Rebecca” will not gratify the romance fancy for most of its 130 minutes, and the initial arc gives the unforeseeable end an eerie afterglow. It is not scary enough to be horror or a thriller, although it certainly shivers with its own touch of the heebie-jeebies. Mrs. Danvers, the icy housekeeper of the de Winter estate played by Kristen Scott Thomas, is a terrifying woman. She cleaves to malice, not an ounce more love to spare after Rebecca, the first wife of Maxim de Winter, the owner of the estate at which “Rebecca” is set, is gone, drowned the year before at sea.

Near the end of the film, Mrs. Danvers appears to justify her vindictiveness with an arguably feminist claim, seething that a woman cannot act in ways that men do and get away with it. She is not wrong, but you will have to judge for yourself whether or not you think the Rebeccas and Mrs. Danverses of the world are really an ethicist’s cup of tea.

“Rebecca” will not gratify the romance fancy for most of its 130 minutes, and the initial arc gives the unforeseeable end an eerie afterglow.

But the movie does appeal to a relatable motif that will make even the most stable of insecure beings grit his or her precious teeth: "He will never love me like he loved her, will he?"

Letting go is not the strong suit of Maxim de Winter, played by a moody Armie Hammer. Comparisons drive the new Mrs. de Winter, played by Lily James, to her knees. In all versions of the story she does not have a first name, another woman whose sense of self is surrendered to the whims of others. Rebecca is always there, around the corner, in the old bedroom, in his eyes, even in his grandma. “She was just one of those bloody annoying people. Irresistible to everybody,” Mr. de Winter’s sister explains to his new wife, who is constantly reminded she will never be able to replace Rebecca, the original Mrs. de Winter, whose name she seemingly stole. “Us mere mortals couldn’t hope to compete.”

I have yet to encounter a story where a character’s shadow—the titular woman, no less—breathes such life into the plot. “I would never let myself be marked by somebody else’s legacy,” you might say to yourself. “I would never let that ghost overshadow my being.” Now you’re whispering, “I would never hate that I couldn’t be like her.” But would you? There might be a Rebecca in all of our lives. We just have to find out for ourselves if she really dwells with the dead.

@erika_razzerasmussen@americamedia.org
Show Comments ()
Join the conversation: Login or create an account
Before you can comment, you need to update your profile to include your first and last name, as required in our comments policy. Then reload this page and you'll be set up for commenting. Update your profile