The Catholic Imagination of Alfred Hitchcock

The Catholic Imagination of Alfred Hitchcock 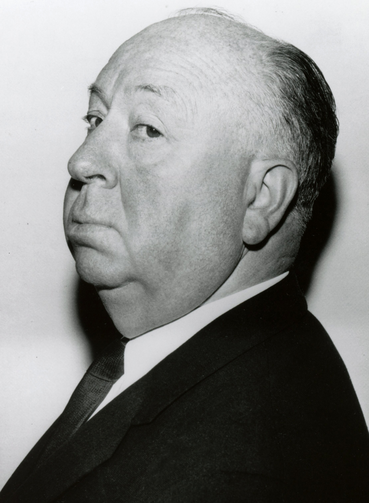 Many of the greatest Hollywood movies traffic in themes of lust, guilt and obsession. Whether it’s the moral corruption of Don Corleone in “The Godfather” or the lust for power of “Citizen Kane,” sin fascinates us as a focal point of our collective imagination. Sin sells.

Arguably, no filmmaker understood the psychology of obsession better than Alfred Hitchcock, the legendary British director of such thrillers as “The Birds” and “Psycho.” And Catholicism had an undeniable influence on Hitchcock’s compassionate, comic and often shocking treatment of humanity’s dark side.

Raised in a strict Catholic household, Hitchcock (1899-1980) attended St. Ignatius, a Jesuit high school in England. A lifelong practicing Catholic, he once said in an interview with Peter Bogdanovich that the Jesuits taught him “organization, control, and to some degree analysis.”

Catholic education gave Hitchcock a great fear of authority figures like policemen, a fear that he playfully evoked in many of his films. Some biographies have claimed that he fell away from the faith at the end of his life. But Father Mark Henninger, S.J., confirmed in a 2012 Wall Street Journal article that Hitchcock was regularly receiving communion and confession in his last days. Father Henninger, one of the Jesuit priests who personally administered the sacraments to Hitchcock, also noted that the great director received a Catholic funeral and burial from Blessed Sacrament Church in Hollywood.

As a Catholic familiar with sin, Hitchcock was uniquely aware of the difference between our public image and our personal dysfunctions, depicting this dichotomy in a way that shocked many filmmakers accustomed to Puritanically simplified “good versus evil” plots from the days of the Hays Code. Nevertheless, many film professors and critics have judged Hitchcock to be the greatest director of all time.

Although I have never enjoyed horror movies myself, I enjoy Hitchcock. While horror films depress me, Hitchcock amuses and enlightens and sometimes moves me. He treats unspeakable things with tact, humor and style in a way that is much imitated by modern filmmakers without being fully recaptured.

My all-time favorite Hitchcock film is “Vertigo” (1958), based on a French novel that Hitchcock purchased (with the characteristic purpose of hiding its plot from moviegoers) and adapted for the screen. It stars Jimmy Stewart as a San Francisco detective suffering from fear of heights (the titular affliction) and Kim Novak as a rich wife with a secret. It includes typical Hitchcock staples like a Bernard Hermann score, a cameo from the director and innovative filmmaking gimmicks—in this case, the “vertigo effect” pioneered by tracking the camera backward while simultaneously zooming forward. But it also includes breathtaking shots of pure artistry. One of the most deeply Catholic scenes—and one of the most famous scenes in screen history—is a shot of Novak coming out of the bathroom, a darkly sacramental moment that betrays Hitchcock’s Catholic imagination. (The sacramentality here arises from ritual clothing and gestures which make a past reality present again to Jimmy Stewart's character for a fleeting moment, but I can't say more without spoiling the plot!)

“Vertigo” suggests the deep insight that human obsession results from our self-encouraged fantasies (the perfect job, the perfect woman, the perfect life, etc.) and delusions of control over the world. Hitchcock was always known for his insights into human nature, his wicked sense of humor and his ability to shock audiences with deeply disturbing images. But “Vertigo,” panned on its release, has since rapidly ascended in the all-time best film lists of many critics. Its delicate plot includes an interweaving tapestry of unrelieved guilt, obsession and lust that is still shocking in its raw look at humanity.

If Catholicism sometimes produces neuroses in people like Hitchcock, it also inspires great art. Without the Catholic Church to embrace or kick against, I suspect our collective imagination would not be the same, and we might be likelier to minimize the darker corners of our lives in favor of self-deluding success narratives. Without the church, there might be precious little to remind us that God ultimately controls our destinies—not us.

To quote “The Third Man,” a non-Hitchcock spy movie scripted by Graham Greene (also Catholic) that is sometimes confused for a Hitchcock film: “Like the fella says, in Italy for 30 years under the Borgias they had warfare, terror, murder, and bloodshed, but they produced Michelangelo, Leonardo da Vinci, and the Renaissance. In Switzerland they had brotherly love—they had 500 years of democracy and peace, and what did that produce? The cuckoo clock.”

In 500 years, Jesuit education has produced Peter Paul Rubens, Rene Descartes, James Joyce, Fidel Castro and Alfred Hitchcock, among others. I have no idea what their grades were like. But I trust God we didn’t mess them up too badly.