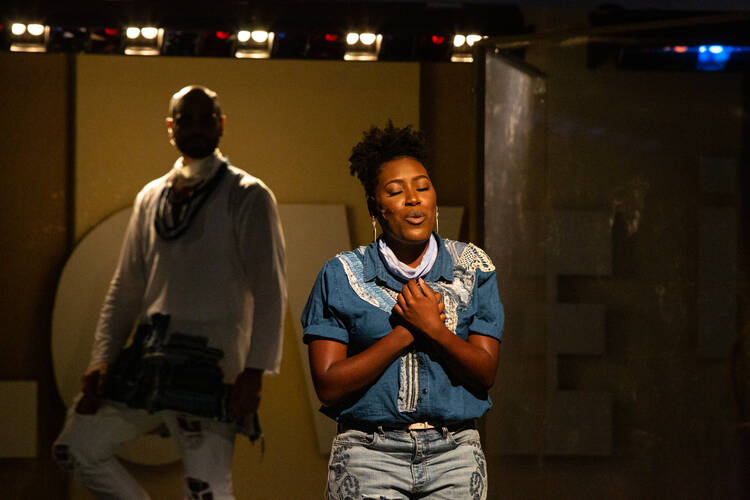 Outdoor theater has been part of the Berkshire summer season for decades, but certainly not during the Covid-19 pandemic. As cultural venues across the country were suspended in March, the Berkshire Theatre Group in Western Massachusetts has proven the show can go on, with some restrictions. “Godspell,” originally performed in 1971, has been recreated in an open-air tent, holding 50 patrons, adjacent to the Colonial Theater, a historical landmark in Pittsfield, Mass. It is one of only two shows in the United States to be approved by the Actors’ Equity Association to run during the Covid-19 pandemic.

Having recently relocated to the Berkshires, I was already stressing about my distance from New York City and my beloved Broadway and other theater venues. Going to this show gave me hope for new forms of culture, albeit ones with a slightly different approach. Watching live theater outdoors is a unique experience, not uncommon in the Berkshires; but what I experienced that evening was a feeling of privilege to be part of a new and wonderful experiment.

Godspell is one of only two union-approved shows in the United States to run during the Covid-19 pandemic.

Strict state and locally mandated health procedures were in place: Temperature checks, hand sanitizing stations, one-way walk passages and polite announcements reminding me to keep my mask on at all times, all now our standard routine. I got the sense upon arriving that this creative production is striving to be the benchmark for a possible future for theater. It will, I hope, lead to more regional productions across the country as the pandemic continues.

I was greeted warmly by the staff, who immediately made me feel comfortable and safe as they led me to my seat under the large white tent. I found it refreshing to see the staff and the artistic director remain during the performance to ensure that all was going according to script and guidelines. I had a strong sense of the commitment and attention that went into this groundbreaking production.

It will, I hope, lead to more regional productions across the country as the pandemic continues.

The 10 actors adhere to stringent guidelines as well, living together for the length of the production and social distancing with each other. The honor code is strict, and their commitment means everything to the success of “Godspell.” The cast opened the play by walking out on stage and sharing their own stories, personal and painful, a glimpse into lives interrupted: Dream jobs that were just starting on and off Broadway; school and acting lessons interrupted—all told in a personal, emotional way.

Michael Wartella, who sang "Light of the World" revealed his fear that addiction dependencies might return. Kimberly Immanuel, (“Learn Your Lessons Well,”) reflected on the stigma of being Asian during this pandemic. During the show itself, the actors comfortably used the stage props that have lately become standard. They wore masks, remained six feet apart and performed at times behind plexiglass.

The cast opened the play by sharing their own stories, personal and painful, a glimpse into lives interrupted.

“Godspell,” a musical retelling of the Gospel of Matthew, has had many revivals since 1971. This production provided a modern twist, making comedic references to our “new norm,” as Jesus tries to preach to his unruly group of disciples. My favorite songs, like “Day By Day’’ and “We Beseech Thee,” have been integrated into a script depicting behavior patterns today. It even equates a visit to a Walmart as a visit to Hell. Zach Williams singing “Turn Back O Man” gets a knowing laugh from the audience as he explains he no longer fits into his skinny jeans because of Covid-19.

As we took our seats for the start of the show, “This Train Is Bound for Glory,” sung by Sister Rosetta Tharpe, was piped through the large tent. It caused me to hope that our train to glory will finally leave this pandemic station. The heart-wrenching song “Build A Beautiful City” conjured up thoughts of the devastation that still plagues our major cities.

I miss my past theater experience, the pre-curtain excitement, the chatter, finding my seat, the dimming of lights at intermission as I dash back to my seat. But this production of “Godspell”has created a window back to normal that I desperately want to keep open.

An earlier version of the story misidentified the actor Michael Wartella as Tim Jones. 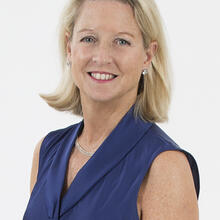 Lindsay Chessare is Account Manager at America Media. She resides in Lenox, MA, with her husband Stephen.

@openpublish
Provide feedback on this article
Join the conversation: Login or create an account
Before you can comment, you need to update your profile to include your first and last name, as required in our comments policy. Then reload this page and you'll be set up for commenting. Update your profile

1
The only Trappist brewery in the U.S. is closing (and IPAs are to blame)
John W. Miller
2
An unlikely role model for a more human abortion debate
Matt Malone, S.J.
3
Archbishop Cordileone on barring Nancy Pelosi from Communion: ‘I cannot in my conscience allow the situation to continue.’
The Gloria Purvis Podcast
4
Interview: U.S.-Vatican Ambassador Joe Donnelly on Ukraine, China and his meeting with Pope Francis
Gerard O’Connell
5
Pope Francis: ‘I have never denied Communion to anyone.’
Gerard O’Connell