My father-in-law is coming to the end.
My husband drives over and stands beneath his bedroom window.

This article also appeared in print, under the headline “Quarantine,” in the May 25, 2020, issue. 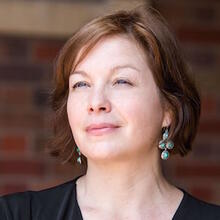 Sonja Livingston’s latest book is The Virgin of Prince Street. She teaches in the creative writing program at Virginia Commonwealth University.