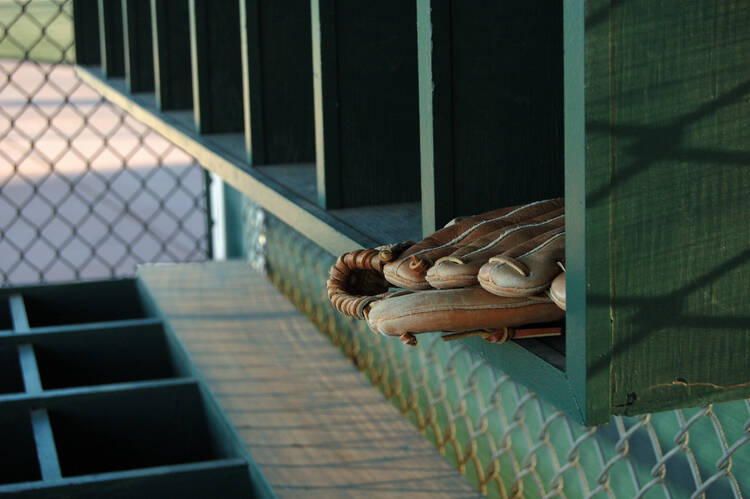 "I believe in the Church of Baseball. I’ve tried all the major religions and most of the minor ones. I’ve worshipped Buddha, Allah, Brahma, Vishnu, Siva, trees, mushrooms and Isadora Duncan. I know things. For instance, there are 108 beads in a Catholic rosary and there are 108 stitches in a baseball. When I heard that I gave Jesus a chance...I’ve tried ’em all, I really have, and the only church that truly feeds the soul is the Church of Baseball.”

Is baseball a religion? With apologies to Annie Savoy, it is not. As William Herzog II, the vice president of academic affairs at Andover Newton Theological Society in Massachusetts, told Daniel Burke in 2010, “[B]aseball is just a game….it doesn’t feed the hungry, or care for the sick, or settle disputes between warring nations.”

Former Chicago Cubs pitcher Darcy Fast, 73, whose son Mark succeeded him several years ago as the lead pastor at the Centralia Community Church of God in Centralia, Wash., concurs with Mr. Herzog. “You can’t compare a baseball win to what happens to an individual when they find faith in God,” he recently told America. Yet Mr. Fast admits that the game and religion share a number of similarities.

For starters, there is a sense of community in both. “Church is a team sport,” Mr. Fast points out. Like season ticket holders at a baseball game, he notes that many people look forward to seeing other parishioners sit in the same pews.“In Christianity,” he adds, “you also have to have hope.” Fans of the Chicago Cubs and Boston Red Sox can certainly appreciate that sentiment, considering each team endured world championship droughts of 108 years and 86 years, respectively.

Like season ticket holders at a baseball game, many people look forward to seeing other parishioners sit in the same pews.

In his book, Baseball As a Road to God: Seeing Beyond the Game, John Sexton recounts how as a boy, he ran home to grasp a 12-inch crucifix and pray before a radio, rather than an altar, as the Brooklyn Dodgers clung to a 2-0 lead in Game 7 of the 1955 World Series. For Mr. Sexton and others, Oct. 4, 1955, was a “sacred” day—the Dodgers finally beat the New York Yankees to become champions of the sport.

Mr. Sexton writes that the game of baseball has a spiritual essence, like most religions, which is indescribable, but deeply meaningful for fans. For Mr. Sexton, it was perhaps most evident when Dodgers shortstop Pee Wee Reese fielded the ground ball that Elston Howard hit to him and threw it to first baseman Gil Hodges to end that 1955 World Series.

Baseball, Mr. Sexton explains, evokes in the life of its faithful followers “features we associate with the spiritual life: faith and doubt, blessings and curses and miracles,” among others. In The Great Gatsby, F. Scott Fitzgerald even referred to the sport as “the faith of fifty million people.”

“Giving people hope, giving them faith is what I live for,” says Mr. Fast, who has spent the better part of the last four decades trying to nurture people on their spiritual journeys. “That is what my life has been about. “When the spirit of God has spoken to their hearts, it’s very meaningful,” he continues. “In spite of all our failures, we’re all saved by God’s grace and mercy. In the next life, God will still welcome us home with open arms.”

Mr. Fast had an eight-game call-up to the Cubs in 1968 and, while fulfilling his National Guard duty in 1969, also made 14 appearances with the team’s Triple-A franchise in the Pacific Coast League. After being traded in 1970, he started wondering whether God wanted him to be a baseball player.“I needed something different,” he recalls. “Not that Christian athletes can’t have a pulpit to spread joy and goodness, like Tim Tebow does, but for me, I felt God wanted me to do something else.”

In The Great Gatsby, F. Scott Fitzgerald referred to the baseball as “the faith of fifty million people.”

Pastor Tom Johnson had a less conventional spiritual awakening. A native of St. Paul, Minn., he spent his entire career pitching for his hometown Minnesota Twins. During his off-seasons, he found employment working with youth at his local church. By 1981, when he was out of baseball, he was selling solar heating “and doing a really lousy job of it.”

“Fortunately, the faith community remembered I had done work with kids in the past, and that’s how it all started,” he says. For 17 years, Mr. Johnson did pastoral care and led the adult Christian program at the Church of the Open Door in Minnesota. He subsequently received his Masters of Divinity at Bethel Seminary in San Diego.

Mr. Johnson says his personal mantra is Micah 6:8: “He has shown you, O man, what is good. And what does the Lord require of you? To act justly and to love mercy and to walk humbly with your God.” That is because prayer is very humbling, according to Mr. Johnson.

Johnson tells a listener that he used to say a little prayer to himself while the national anthem was being played before games in which he was getting ready to pitch. “Well one game, I was on the mound warming up and my stuff was just great,” he reminisces. “But I lost that game. The next day, I didn’t have my usual command, but I won.”

It was a profound moment for him. “I realized the results of the game are out of your hands,” Mr. Johnson says. “It’s the same thing with life—all you can do is try your best.”

A man not comfortable with titles, Mr. Johnson, who turns 69 on April 2, admitted to America that he is a bit of an iconoclast, and that he sees himself more as a social worker than a minister. “I can step into something unconventional, or play it safe,” he told Jim McKernon of the Society for American Baseball Research in 2014. “My faith compels me to step into something unconventional.”

So in 2005, Mr. Johnson and his wife, Debbie, moved to Bratislava to run the non-profit Good Sports International in Slovakia. Dedicated to reaching children through sports, recreational and educational activities, the organization now also runs facilities in Hungary.

“I realized the results of the game are out of your hands,” Mr. Johnson says. “It’s the same thing with life—all you can do is try your best.”

“My feet are now in two worlds,” says Mr. Johnson, who explains that he and Debbie now only spend four months of the year in Slovakia. The rest of the year they are in Maple Grove, Minnesota, where he is back running the Church of the Open Door.

Mr. Fast and Mr. Johnson are not the only former big leaguers to swap their cleats for collars. After two decades as an ordained deacon at Beulah Baptist Church, in Portsmouth, Ohio, former Pittsburgh Pirates outfielder Al Oliver, 73, became a minister in April 2018. And former New York Mets All-Star Darryl Strawberry is reportedly now an ordained minister in St. Peters, Mo.

It is believed that the fleet-footed outfielder William Sunday was the first big leaguer who opted to deliver weekly sermons rather than attempt to steal bases. Sunday enjoyed a seven-year career in the National League in the late 19th century before converting to Christianity. He was a strong supporter of Prohibition, and his preaching in Iowa and Illinois reportedly played a significant role in the adoption of the 18th Amendment in 1919.

And then there is Father Michael Cunningham, of the Priestly Fraternity of St. Peter. A former catcher with the Florence Freedom, an independent league team in Northern Kentucky, he told writer Trent Beattie in September 2018 that the world can be converted through the joy that Catholics show in practicing their faith.

Ordained a priest in May 2018, Father Cunningham was assigned to the National Shrine of St. Alphonsus Ligouri in Baltimore, Maryland, where he says he is now “catching souls.” 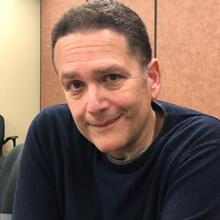 The author of two books, Douglas J. Gladstone is also a freelance magazine writer. You can visit his website at http://www.gladstonewriter.com.

@GLADSTONEWRITER
Show Comments ()
Join the conversation: Login or create an account
Before you can comment, you need to update your profile to include your first and last name, as required in our comments policy. Then reload this page and you'll be set up for commenting. Update your profile
Show Comments ()
Comments are automatically closed two weeks after an article's initial publication. See our comments policy for more.