‘Veronica Mars’ shows us the darkness of the world around us

‘Veronica Mars’ shows us the darkness of the world around us 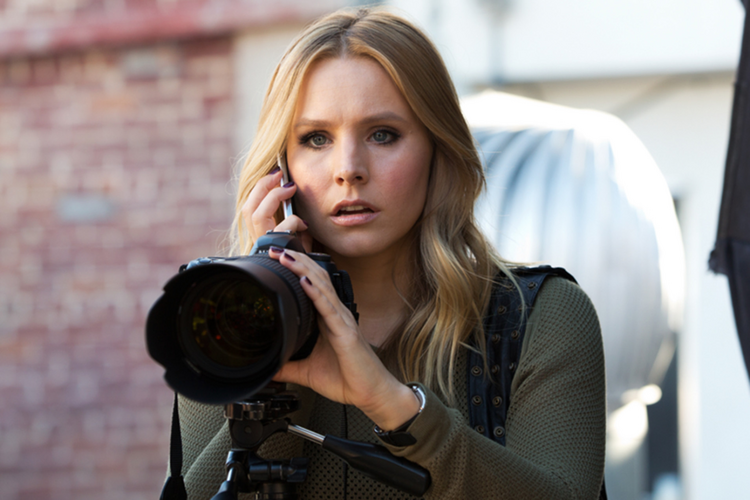 So opens the first episode of the first season of “Veronica Mars,” the Southern California–set teenager neo-noir that premiered on UPN in 2004. The titular Mars (Kirsten Bell), a scrappy blonde high school junior and after-school private investigator from Neptune, Calif.—a fictional bastion of class inequality—has just been doing what she does best: taking photographs of an illicit extramarital affair at a seedy motel. It is part of the work she needs to do for her father’s P.I. firm, Mars Investigations, to keep food on the table for both of them.

In the space of a single year, Veronica—once the best friend of Neptune’s wealthy golden girl (the daughter of the town sheriff) and the girlfriend of her best friend’s brother—has lost her social place and her sense of self. Her friend, Lily Kane, has been murdered. Veronica’s father, who publicly bungled the investigation, has become a pariah. Her mother has abandoned them both. Her ex-boyfriend, Duncan, refuses to speak to her. Veronica has been roofied and raped at a party during a final attempt to win back her former friends. Veronica finally sees Neptune as it truly is: a place where the rich get richer, the poor get poorer, and the wicked prosper. And people betray the people they trust.

Veronica finally sees Neptune as it truly is: a place where the rich get richer, the poor get poorer, and the wicked prosper.

Over the show’s stellar first season, Veronica solves the twin mysteries of Kane’s murder and her own rape, along with plenty of other Neptune conspiracies: both episode-long one-offs and full-season arcs. Veronica’s learned, hardened precociousness and the ironically color-saturated noir atmosphere of the show is less literally horrifying than it is darkly comic. After all, we are not meant to take Veronica’s damage literally. If “Buffy the Vampire Slayer” was famously a riff on the idea that “high school is hell”—each thematic monster a chance to explore a different side of what it means to come of age—then “Veronica Mars” told us that growing up was Roman Polanski’s film “Chinatown”: a process of learning that the world is not quite as rose-tinted as a 15-year-old expects it to be. Sure, the first incarnation of “Veronica Mars” was a noir, but it was also a coming-of-age story. Candy-colored visuals aside, it taught Veronica and the show’s audience how to think in shades of gray.

But in the wrenchingly rebooted fourth season of “Veronica Mars,” which premiered on Hulu last month and which depicts Veronica back in Neptune as an adult, high school noir gives way to, well, noir. Veronica isn’t a scrappy teenager, fighting for moral certainty in a world and system that has failed her but both a product and a perpetrator of that system. She is back in Neptune, having given up a promising law career to work for her now-disabled father. That storyline, told in a fan-funded and perfunctory 2014 movie, framed Veronica’s decision as one made by a self-sacrificing pursuer of justice. But in the reboot, it is just another example of Veronica being unable to move on.

At its core, noir is the most nihilistic genre there is, perhaps the only one in which the defining convention is that its characters live in a world where God absolutely, definitely does not exist.

In the season premiere, she cavalierly refuses the proposal of her longtime, on-again-off-again love (and one-time homme fatale), Logan Echolls (Lily Kane’s ex-boyfriend and, spoiler alert, the son of her killer), with those same words: “I’m never getting married.” She can achieve sexual satisfaction only by stoking Logan’s darkest impulses, constantly reminding him of the decade of trauma the two have shared. Logan’s attempts at psychic self-improvement—he has joined the military and is in therapy—infuriate her. For Veronica, Logan has gotten boring.

It is a searing indictment both of Veronica and of what we, as viewers, think we want from the noir genre. Having a happy Veronica ride off into the sunset with Logan (as the admittedly mediocre movie suggested would happen) would be a betrayal of everything we know about the character. But the show’s creator Rob Thomas spends the entire reboot reminding us of the very human cost of keeping our Veronica, well, our Veronica. She has become a terrible person: suspicious, callous, incapable of trust. She plants bugs on her friends. She takes drugs. The mysteries she solves (this season involves a bomber sabotaging Neptune’s vital spring break industry) are not indicators of the complexity of navigating adulthood but rather thematic expressions of resignation: This is how the world is. It sucks. People suck. Get used to it. Without the hopefulness of its coming-of-age component, “Veronica Mars” is not so much transgressive as just plain sad.

Like many noirs, “Veronica Mars” toes the line between exploring shades of moral nuance and capitulating to the inevitability of nihilism. It at once revels in—and makes the viewer complicit in reveling in—how terrible the world is, how terrible the world has been to Veronica, how terrible Veronica has become. It gives us what we want—a chance to wallow in the wrongness of the world—and assails us for wanting it. We, like Veronica, find growth boring, hope profoundly unerotic. We get off on pain.

At its core, noir is the most nihilistic genre there is, perhaps the only one in which the defining convention is that its characters live in a world where God absolutely, definitely does not exist. Noir demands not simply that we see a broken world but that we despair of ever repairing it—or seeing it repaired through grace.

Nowhere is this nihilism echoed more strongly than in the season’s closing moments. Veronica solves the case—as she always does. She finally, finally trusts Logan enough to agree to be his wife. Veronica Mars finally gets married. Then—moments later—Logan is killed in a car bomb left behind by our wily season villain. See, Thomas seems to be telling us, even if Veronica tries to change, it’s no use. Veronica can never be a caped crusader, fighting unambiguously for goodness with a devoted husband by her side. (According to interviews he has given post-premiere, Thomas seems to think that a married Veronica would have been anathema to viewers, who apparently need sufficiently aestheticized tragedy to hit their dopamine receptors.)

In other words: Forget it, Veronica, it’s Neptune.

strange name for the town, Neptune,
perhaps echoes of the deep. Now Veronica was so cute n plucky, now shes almost cynical ( aww temptation!) the test will be if she goes for skeptical when the next volume arrives. We wanted her to like us, now we barely care, sadly.
Like Yeats muse, she turned bad

I don't care about "Veronica Mars", but do us a favor and don't write "spoiler alert" followed immediately by the spoiler, especially when it adds nothing to the article.

I have always liked the characters and the show, and to me, there is a little something to be learned or enjoyed in each episode. The repartee between Veronica and her father is priceless and still evident in the new series. Yes, Veronica has changed and even gone off the rails at times, but so what? Haven't we all? Her values are still there, as are mine even though I navigate through a pretty dismal world right now. We can't always operate at a surface Pollyanna level. Sometimes our cynicism, doubt, and anguish come through. I liked the changes in Logan and was hoping for a permanent relationship between the two. However, I was not surprised when he was killed off. Nothing new there. Look how many characters (noir and other genres) where our protagonist was happily or miserably alone. Even Atticus Finch would probably not had as much a role as a father if there had been a Mrs. Finch. So many of our "heroes" have been alone. I will continue to watch Veronica Mars just as I watched every episode of Buffy The Vampire Slayer. Great characters, great dialogue. By the way, I am 69 years old.

This article also appeared in print, under the headline “The theology of noir,” in the September 16, 2019, issue. 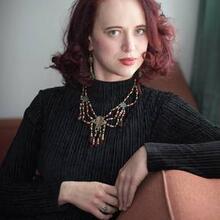 Tara Isabella Burton is the author of Social Creature. Her next book, Strange Rites: New Religions for a Godless Age, will explore the rites and practices of the religiously unaffiliated. She is also a columnist for Religion News Service.