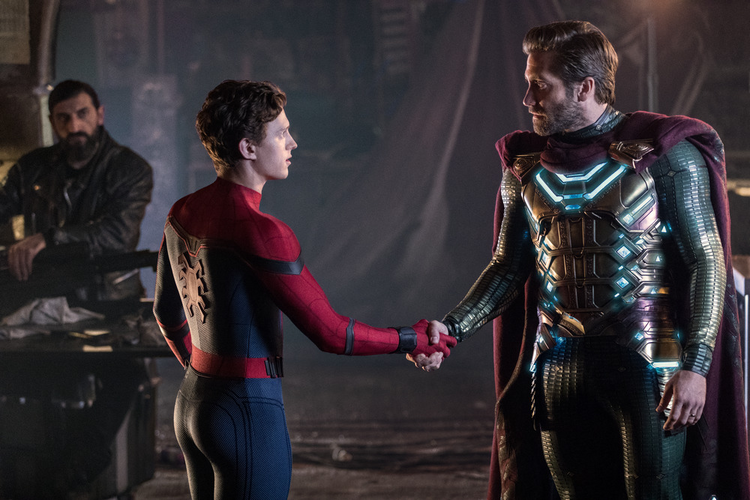 There is a satisfying emotional depth to the newest incarnation of Spider-Man. Sure, there may be high-flying, intense, fantastical action featuring giant monsters and interdimensional magicians, but, by and large, the strongest feature of the new Spider-Man movies, and particularly in “Spider-Man: Far From Home,” is the way that people can identify with the characters.

“Far From Home” tasks itself with answering the perennial question: how do we move on from loss? For Peter Parker (Tom Holland), tackling that question means asking himself how he can proceed after the untimely death of his mentor and father figure, Tony Stark (Robert Downey Jr.). He feels pressure, not unlike many young people, to live up to ideals and standards set by older generations. After his death, glimpses of Tony are constantly appearing in Peter’s life—showing up in murals memorializing his heroic deeds as Iron Man, in a tribute video produced by Peter’s classmates and, most importantly, in the pair of glasses that he leaves behind for Spider-Man.

Those glasses are powered by artificial intelligence and grant Peter access to billions of dollars worth of Tony’s technology. They also give voice to Peter’s main struggle: his insecurity about becoming the new Iron Man and, by extension, the most important hero in the larger narrative of the film series.

“Far From Home” tasks itself with answering the perennial question: how do we move on from loss?

Peter, who at this point is a 16 year-old in his junior year of high school, does not feel worthy of the call. He begins to experience panic attacks, anxiety and an overwhelming sense of worthlessness, all things that make him susceptible to the powers of evil. Enter Quentin Beck (Jake Gyllenhall), a selfish, spotlight-hogging inventor that Tony fired from his company, a fact which he endlessly resents. At first, he presents himself as Mysterio, a powerful hero from another dimension who has come to Peter’s universe in order to do battle with some world-ending creatures. It is all a ruse, of course, as they are nothing but holograms, but Peter falls for it. After helping Mysterio “fight” these monsters, Peter comes to the conclusion that Beck is a worthier heir of Tony’s legacy and gives him the glasses—exactly the outcome Beck sought from the start.

Various elements of Ignatian spirituality emerge in the film’s portrayal of Peter’s insecurity. We might say that for most of the film, Peter is experiencing spiritual desolation. Since his introduction to the Marvel Cinematic Universe, Peter has been indelibly tied to Tony. When he’s gone, Peter finds himself vulnerable and without a guide and winds up latching onto the first person who shows him attention. Here, he falls prey to the movement of what St. Ignatius called “the evil spirit.” His desolation clouds his ability to recognize Beck as someone trying to manipulate him. One cannot necessarily fault Peter for this. Almost everyone else is also fooled into believing the lies of Mysterio, including the news media and users of social media.

The ease at which Beck convinces people of half-truths and lies is a condemnation of the media, which serves as the main conduit of this “fake news.” Beck is a liar, a thief and immoral in his ways, but none of that is clear at first glance. So it is with the evil spirit. St. Ignatius says that the evil spirit can mask itself not only as a false feeling of confidence, but can influence our egos to make decisions that can be destructive to ourselves and others.

Peter’s desolation clouds his ability to recognize Beck as someone trying to manipulate him.

Discernment helps us navigate the challenges posed by the evil spirit at work in the world. Taking time to discern the voice of the good spirit instead of following the sometimes easy and enticing ways of what Ignatius calls the “enemy of human nature” can lead us to consolation.

When Peter is later defeated by Beck and left for dead, he is saved by Tony’s best friend Happy Hogan (Jon Favreau). Happy reminds Peter that Tony loved him, that he left the glasses to Peter because he knew Peter was worthy to be a hero. Peter begins to remember the faith that Tony had placed in him.

The stakes are not always as high as defeating a supervillain from world domination. Nevertheless, there is a parable to be found in many superhero stories. Instead of giant beasts, look out for dishonesty and deceit. Instead of high-tech gadgets, cling to your God-given talents. Instead of trying to live up to the example of someone like Iron Man, who lives on a pedestal, remember the mentors in your life who have helped you achieve your goals.

In his final battle with Beck, Peter saves the day. Even more importantly, however, he makes peace with himself and learns to be wary of the presence of evil.

Don’t trust the Mysterios in your life. Practice discernment. 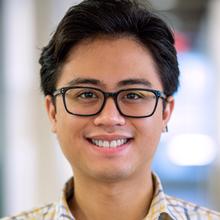