The Catholic past of Hercule Poirot 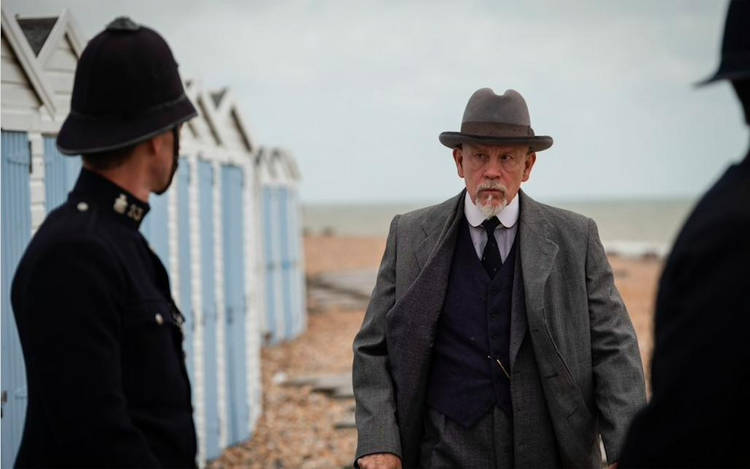 There is a mystery at the heart of the new “The ABC Murders.” And not just the one about serial killers in merry old Depression-era England.

Who, exactly, was the fastidious, mustachioed Hercule Poirot? There is a solution to that question (and a spoiler below) in the adaptation that recently materialized on Amazon Prime and stars an unlikely John Malkovich as Agatha Christie’s persnickety Belgian sleuth. It comes courtesy of a BBC team that included Sarah Phelps, the writer of such Christie adaptations as “Ordeal by Innocence,” “And Then There Were None” and “Witness for the Prosecution,” as well as 50-odd episodes of “EastEnders” and last year’s “The White Princess.”

Taking on Poirot means taking on a character who has been played by everyone from Orson Welles to Albert Finney to Peter Ustinov to David Suchet. He has been ubiquitous, and caricatured, seemingly forever. “Even Christie got sick of him,” Ms. Phelps said in an interview with America. “He’d become a series of tics and affectations.” But even a lot of devoted fans would have to confess to not being quite encyclopedic on Poirot.

Taking on Poirot means taking on a character who has been played by everyone from Orson Welles to Albert Finney to Peter Ustinov to David Suchet.

“Neither am I,” said Ms. Phelps. “I’ll be really honest: Till I started working on them, I’d never read a Christie. I thought, ‘Oh they’re going to be really safe, really cozy,’ which is how Christie’s been sold in the U.K.—murder as cozy entertainment. But it shocked me! It was like the Greeks, like Aeschylus, really remorseless, really savage; and I really enjoyed it.”

At the same time, she wanted to get at who Poirot was, besides (as Christie implied) a devout Catholic, a refugee from 1914 Belgium and a walking catalogue of mannerisms and trademark haberdashery. Why, she wanted to know, was he so relentless in his pursuit of the guilty? Why did he “honor the body on the floor,” and so compulsively move from one murder to the next, through 33 novels and dozens of short stories?

There are, she said, inconsistencies in the backstory. “Some people got mad at me,” Ms. Phelps said. “They said, ‘He was the head of the Belgian police!’ and I said, ‘Yes, well, the thing is...he’s a refugee. And refugees are civilians. In an invasion by a foreign power, the police aren’t going to have civilian status. I think he’s been lying.”

Look at his silhouette, she said, the way he wears his clothes. “That brimmed homburg, that hard, unfashionable collar he always wears under his chin; that particular gray overcoat, the way it drapes his body, the watch chain across his chest,,,,

“And I kept thinking, ‘You know what? I think that brimmed hat is a saturno. And that gray overcoat is his soutane. I think that watch chain is a rosary. And that hard collar that he habitually wears—turn it around. What is it?”

In brief flashbacks that appear in each of the three installments of “ABC Murders,” Poirot re-experiences his final days in Belgium, as a country priest who is beaten unconscious while his church full of parishioners is set ablaze by invading German troops. Only in the last moments of the series is Poirot’s tragedy revealed, though there are clues along the way—the prie-dieu he keeps in his bedroom, for instance, along with a Marian shrine.

Ms. Phelps said she is a big fan of Malkovich’s interpretation, which was a 180-degree “spin on the character.”

“The denouement, of course, was exciting for him,” she said. “That anguishing little aspect of Poirot not having been enough to save his flock, and not being able to forgive himself, and being compelled to seek justice. It is a deep, deep dive into what it meant to be Hercule Poirot, a refugee who made his home in England, who was celebrated and famous but who I imagined as having been the most humble of things. And a good one. And brave.”

Needs be a "Poirot Companion" as there exists for P.G. Wodehouse's literature.
Visitors to London seek out Hercule's abode in the Suchet series.