On International Holocaust Remembrance Day, a secret archive will reach a global audience 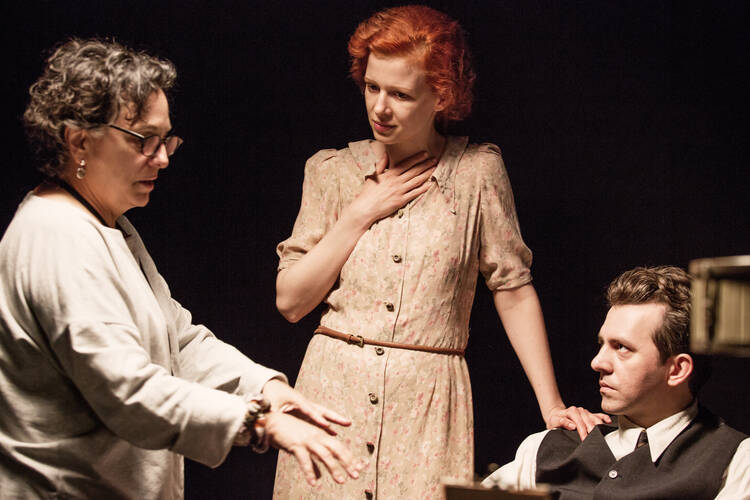 After the German invasion of Poland in 1939, Rachel Auerbach, a Jewish journalist and culture writer, procured the necessary paperwork to leave Poland. She chose not to use it. Instead, she stayed and was interned in the starved-out Warsaw ghetto that would become a mass deportation site for Treblinka.

“I hope audiences will discover Rachel Auerbach because she is one of the most powerful writers from the Holocaust period,” Roberta Grossman, director of the new documentary “Who Will Write Our History,” said in a recent interview. “Her accounts…they are amazing as literature, they are amazing as historical documents. And I think she’s been completely overlooked.” Ms. Grossman’s documentary brings to life how Ms. Auerbach and other members of a society called the Oyneg Shabes (“the joys of Shabbat”) risked their lives to create a secret archive that documented the horrors of the Holocaust. The documentary film is inspired by a book about the Oyneg Shabes also called Who Will Write Our History, by Samuel Kassow.

Rachel Auerbach is one of the most powerful writers from the Holocaust period.

“I read Sam Kassow’s book a long time ago and I was absolutely stunned that I didn’t know the story, because I spent most of my life reading about the Holocaust,” Ms. Grossman said.

Watching a screener of “Who Will Write Our History,” I too was astounded, because of the heroism and resilience of the more than 60 members of the Oyneg Shabes who collected materials, the individual stories the film shares from the archives, and how unknown this piece of history is.

Emanuel Ringelblum, the Jewish historian who began the Oyneg Shabes archives, started a diary in the first days of war. Sensing the urgency and historical importance of what he was living through, Ringelblum invited others in the Warsaw ghetto to write about their own lives and to document the lives of others.

I was absolutely stunned that I did not know the story.

The archive that Auerbach, Ringelblum and others contributed to contained letters, diary entries, ration cards, poems, Nazi posters and written testimonies. Members of the Oyneg Shabes wanted to write their own history, a Jewish history, in stark contrast to Nazi Germany’s propaganda.

It’s the immediacy and the detail that is in the day-by-day, blow-by-blow accounts that is very powerful.

The account of Sarah Sborow, age 14, shared in the documentary by an actress, is particularly haunting. “The worst experience was the night mommy died,” she said. “During the night, I felt her cold and stiff, but what could I do?”

In other parts of the documentary, actors bring to life the Oyneg Shabes meetings and Auerbach’s work in the soup kitchen. The soup kitchen was a service organized by the Jewish Self-Help, an organization that took over social services for Jews during World War II and served as a cover for the Oyneg Shabes.

The actors in the documentary, speaking partly in Yiddish and Polish, took pains to be precise with the language, said Ms. Grossman. She described the linguistic choices as “a nod to” members of the Oyneg Shabes. “Families could split over the issue of what language they spoke,” said Ms. Grossman. “Ringelblum and Rachel Auerbach and many of the others in the Oyneg Shabes, they were serious Yiddishists.”

The rise of anti-Semitism and the rise of nationalism makes stories like ‘Who Will Write Our History’incredibly pertinent.

“Who Will Write Our History” will be screened on Jan. 27 in honor of International Holocaust Remembrance Day at more than 250 locations on six continents. The international screenings will occur simultaneously and will be linked to a Facebook live event where Ms. Grossman, Mr. Kassow and executive producer Nancy Spielberg will answers questions about the documentary and the Oyneg Shabes archive.

Ms. Grossman, who has produced other documentaries about the Holocaust and Jewish life, said she sees a new resonance and a new need for these stories today.

“The rise of anti-Semitism—but not just anti-Semitism, the rise of nationalism all over the world and especially in our country—makes stories like ‘Who Will Write Our History’incredibly pertinent,” she said. “Obviously we cannot stop telling these stories because we haven’t learned the lessons.”

“I think that the members of Oyneg Shabes are incredibly inspiring because they were engaged in spiritual resistance,” said Ms. Grossman. “These were people that were willing to die for the truth. I think that’s pretty resonant right when the whole notion of truth and fake news and journalists being killed is top of mind.”

Who Will Write Our History is currently showing at the Quad Cinema in New York through Jan. 31 and will show at Laemmle theater in Los Angeles from Feb. 1 until Feb. 7.

It reminds me of the undiscovered accounts that led to Schindler's list. It is another view of the human resistance to the impressive evil that they faced in that awful time. So many did respond in similar ways without knowing their solidarities in opposition.

History never lies hidden. It comes out any way. And the people who sacrifice their lives to expose this history to the mass people are really hero of the time. By this article, this truth has been stirred us again. Actually I am also a writer and write on different topics. To know more find at EduZaurus. Hopefully you will explore the world writing here. However, I am very glad to read this valuable article, So I much appreciate you for publishing this marvelous post.Thank you.!