Horror, hope and the Holocaust 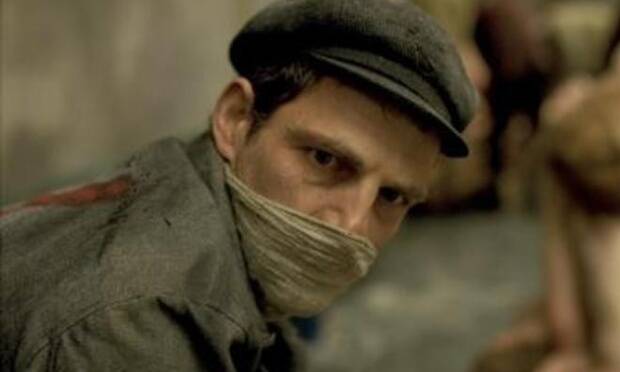 In the last several weeks I have had to confront the Holocaust—in film—three times.

The first, “Censored Voices” (reviewed here), is an Israeli documentary created by the great Israeli writer Amos Oz and Mor Loushy. It presents footage from the 1967 Six-Day War, in which the recorded voices of Israeli army veterans express their disillusionment and alienation after the learned the battles described to them as “just war” were more like war crimes. They witnessed the mass expulsion and killings of Palestinians, which reminded them of what the Nazis had done to the Jews in World War II.

The second was “Karski &The Lords of Humanity,” a documentary in which the Polish Underground diplomat Jan Karski, a Catholic, tells how he witnessed the horrors of the Warsaw Ghetto and a Nazi concentration camp and struggled to convince the leaders of Western Europe and the United States that they must act to save the Jews. The original footage of the Warsaw ghetto and the camp—naked corpses strewn on sidewalks and piled high like garbage—horrify today’s audience.

The corpses return in “Son of Saul,” (opening in New York on Dec. 18), a Hungarian film written and directed by Laszlo Nemes and starring Geza Rohrig (the first major film for both) and winner of the 2015 Cannes Film Festival Grand Priz. It is remarkable in its technique, the brevity of the time frame, the chaos and deliberate confusion of the action, the soundtrack—engines boom, voices scream, motors grind, voices cancel one another out, dogs bark, iron doors slam, German officers shout commands over the din, trunk motors roar—as the camera focuses constantly on Saul Auslander’s desperate silent face determined to commit an act of hope in the context of despair.

Saul is a Sonderkommando, the designation given to a group of prisoners chosen by the S.S. to do the adjunct dirty work that keeps the Auschwitz murder machine moving efficiently in 1944 as the trains deliver more and more fodder for the furnaces. The men picked for this job have privileges—a little more food and freedom of movement—but are themselves eliminated within a few months. The condemned are shuffled into the locker room, stripped naked and shoved into the gas chamber, which they are told is a shower. Their corpses are dragged out, their discarded clothes searched, the bodies are burned in ovens; the ashes are shoveled into trucks and dumped in the river. Meanwhile the Sonderkommandos mop up the blood, scrub the floors, make ready for the next wave.

In the middle of the chaos Saul sees the not yet dead body of a boy, stares at him silently, determined to save him. When the doctors kill the boy Saul identifies him as his son, determines to bury him with dignity and feverishly searches for a rabbi to recite the Jewish rites.

Throughout, the camera follows Saul’s face as he negotiates the madness of the camp. Secretly members of the Sonderkomamdos are planning a rebellion scheduled to explode at any minute. Saul is drafted as a courier to deliver cash to another wing of the rebels and totes the dead boy wrapped in a blanket over his shoulders. In the background blurred images fight among themselves, drag naked corpses across the floor and pile them into trucks. Saul grabs fellow prisoners and asks if they are rabbis; they stare in confusion. The face of death terrifies all, even God’s ministers, into trembling subjugation.

Saul’s climactic desperate run into the woods for a touch of freedom coincides with the camp’s rebellion. As the German’s have driven new truckloads of victims into the woods to massacre them in front of an enormous ready-dug grave, Saul, as on a battlefield, scrambles to dig a resting place for the dead boy with his hands. The “rabbi” whom Saul has dragged along knows no prayers.

Perhaps because the director Nemes leaves so much unsaid, like a great novel or poem, he challenges the conscience of the viewer to answer not just whether the dead boy is Saul’s son—several characters in the film tell him he has no son and he replies that he had this out of marriage—but both why Saul is doing this and how we ourselves have responded to the evil that engulfs us today.