Is ‘Watership Down’ really for kids? 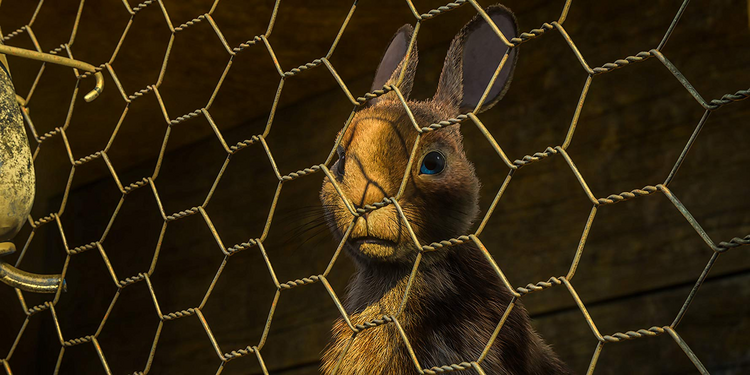 The author Richard Adams took his title from an actual nearby hill in the south of England, but he could hardly have chosen a more evocative one than Watership Down for his epic 1972 tale of sentient rabbits with their own language, customs and mythology, who eventually find their ideal warren on that Hampshire upland.

Adams famously disavowed any of his story’s allegorical interpretations—it began as an improvised fable to delight and frighten his young daughters on long car rides, he insisted. But with its intimations of seafaring battle and folkloric tragedy, the title “Watership Down” has a talismanic power, and the turns of the tale itself are unmistakably the products of Adams’s midcentury British worldview. It hardly seems coincidental that this World War II veteran and former environmental civil servant should conjure the heroic story of triumph over a fascistic collective, against the backdrop of nature under threat of human encroachment.

A new Netflix miniseries brings out the story’s aspects of adventure and conflict, with occasionally pulse-pounding results.

A new BBC/Netflix miniseries based on the novel brings out the story’s aspects of adventure and conflict, with occasionally pulse-pounding results. Over four episodes we follow the ragtag band led by thoughtful Hazel, roughneck Bigwig and visionary Fiver from a soon-to-be-devastated warren to the open countryside, through close encounters with their species’ numerous predators, and at last to a reckoning with Efrafa, a grimly militarized rabbit civilization led by a twisted old tyrant, General Woundwort. Tom Biddle’s script makes some deft adjustments and inserts some welcome gender equality into Adams’s male-centered narrative, and it includes flourishes of romance and jeopardy that range from gratuitous to invigorating. But the series curiously omits one of the novel’s most dramatic moments: a daring river-borne escape that adds another layer to the title’s meaning.

The new series’ biggest problem is not its story choices but its look and feel. In theory, advances in computer animation promise to show us the individual hairs on these rabbits’ heads and the leaves of grass they munch on. But in practice, while there are some lovely vistas and bracing gestures—one season-changing dissolve shows a frozen leaf morphing into a vibrant butterfly—the combination of computerized animal movements and action-movie clichés makes for some grim going. A distinguished voice cast that includes James McAvoy, John Boyega, Olivia Colman and Ben Kingsley adds some character, though you may be hard-pressed at times to tell one relatively expressionless rabbit from another.

All this sent me back to the book, which I have been reading to my young boys over the past few months, and to the wonderful 1978 film by Martin Rosen. Rosen’s hand-drawn animation, combined with a woodwind-heavy musical score, makes for an adaptation that is both gentler and spookier than the new series. On the one hand there is a trippy Art Garfunkel song at a key moment; on the other hand, the carnage in a few scenes is disturbingly, brightly red. Oddly, while the new BBC series doesn’t shy away from the story’s inherent violence and terror, nothing compares to the horror, in the 1978 version, of seeing a cartoon rabbit choke on his own blood.

I have found the text, read aloud to my preteen boys, deeply involving as only a challenge can be.

All of which raises the question, is “Watership Down” really for kids? As the late, great comic Mitch Hedberg once quipped, “Every book is a children’s book if the kid can read.” For my part I have found the text, read aloud to my preteen boys, deeply involving as only a challenge can be; as with The Hobbit, a previous bedtime read, it’s a reliably calming end-of-day exercise to make their racing minds slow down and pay attention to the dense vocabulary and subtle machinations of the plot. I have had to do my share of annotation, certainly, and some careful parsing around the sexual politics of a narrative in which the central action is comparable to the Rape of the Sabine Women.

But the novel’s aura of threat and danger is never oppressive. In Adams’s lapine mythos, the god Frith has given other creatures myriad tools to kill the rabbit but endowed the rabbit with speed and cunning in turn. This push-pull gives the narrative its propulsive drama amid all the flora and fauna. You could argue that if anything marks Watership Down as a juvenile work, it is its Manichean theory of evil, manifest in its depiction of Efrafa as a fiercely regulated and paranoid totalitarian state. Indeed, most of the questions I field from my sons are about why General Woundwort is so mean, and why the rabbits under his rule in Efrafa don’t just leave.

What's on your child's summer reading list?
The Editors

This throws me back to my childhood in the waning decades of the Cold War, when I had similar questions for my parents about the Soviet Union, and the Berlin Wall stood as a symbol of its mysterious grip on half the world. The stories we were told as American children about the “evil empire,” though they came from adults, were no less childlike in their simplicity.

Risibly, the new BBC series gives Woundwort a flashback to a childhood trauma to help explain his fearful, fearsome personality. But we don’t have to look back to our childhoods, or across the globe, to see that the temptations of power are as corrupting and corrosive as ever, and that a selfish, zero-sum view of the world threatens to leave us all impoverished and embattled. If “Watership Down” has anything to teach us, beyond the not-inconsiderable value it still gives as entertainment, it may be that we find our best selves not in competition for scarcity but in cooperation with each other and life’s abundance. That is a message I’m happy to have some talking rabbits teach my children.

That was a quite interesting read Mr.Richard Adams :D just loved it. I would love to watch it asap; I generally use beetv is that available on it?