From 1931: Modern travel is a failure

From 1931: Modern travel is a failure 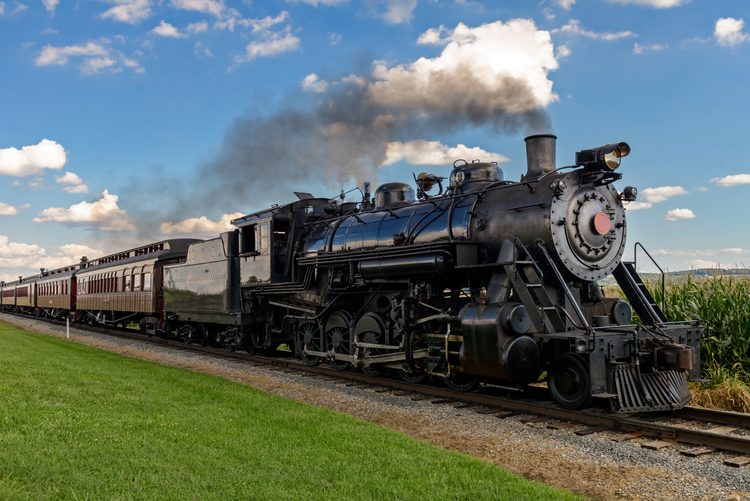 Who doesn’t love to get away? G. C. Heseltine, for one. But one might wonder if it was a question of temperament rather than the details of his journeys, because this extended screed against modern travel from the April 18, 1931, issue of America turned fairly quickly into a screed against, well, just about everything else. One hesitates to ponder what Mr. Heseltine would think of selfie sticks, coach airline seats, Airbnb or Starbucks! In any case, we knew he would be the perfect fit for this travel issue….

It is a great mistake to think that men travel only to get to a certain place, to see some famous sight, or to perform some personal or business mission.... The best thing about many journeys is coming back, going all over the world to find your way home. It is then that you find home is worth going away for, and, in the words of the song, there is no place like it.

On the other hand, people are known to go away, not because they want to get to any place, but because they want to get away—from the police, their creditors, or the club bore. It is one of the real blessings of modern transport, perhaps the only real blessing, that it enables you to get away very quickly.... That is the only excuse, but it is a good excuse, for the speed-craze.

To prevent any hint of travel creeping into a modern railroad journey you can have the same canned fodder, the same palpitating saxo-sob by radio, and be poisoned by the same hooch....

It is a common error amongst modern travelers to think that they can travel more and in greater comfort than our forefathers, merely because they can travel faster. Most modern travel is not travel at all, unless you can call getting from one modern city to another modern city, travel. To me it is suspiciously like staying in the same place. All modern cities, especially in the same country, have the same deadly, monotonous, efficient architecture, the same traffic, the same sorts of shops (and thanks to the chain stores, even the same shops), the same hotels all built like a public lavatory, and the same worried-looking, strenuous citizens, rushing about as busy as so many ants, dressed in the same fashion.

Never have different towns been so much alike, thanks to the modern economy of ideas, the habit of making one idea do for everybody, because people are too busy working for somebody else, to think for themselves. Modern communications make it possible for a cafeteria, policeman’s uniform, or heartache melody sprung upon Chicago, to be adopted at once from San Francisco to Long Island, so that wherever the traveler goes he will eat the same food, obey the same regulations, and hear the same cacophonous wail.

There is not even a journey to excuse such travel. The journey is cut by every ingenuity known to science so that it is as brief as possible.... To prevent any hint of travel creeping into a modern railroad journey you can have the same canned fodder, the same palpitating saxo-sob by radio, and be poisoned by the same hooch....

It is pretty much the same with travel abroad. The same monotony of modern efficiency is distributed over the capitals of Europe as over the cities of the United States. All grand hotels are Grand Hotels, and there the matter ends for most travelers.... The difference between the Europejski in Warsaw and the Biltmore is not worth going five thousand miles to enjoy.

Wherever the traveler goes he will eat the same food, obey the same regulations, and hear the same cacophonous wail.

The traveler who makes use of modern travel to meet foreign peoples and see foreign places usually fails utterly, though he does not always know it.... The vision of the modern traveler is blurred as it would be by double-speed movies. Adding to this the help or hindrance of guide books, he gets a very poor image on the mind—the sole purpose of seeing. It is impossible for him to gain any definite or real impression since the essential condition for that is one of time. To see the marvel of the Niagara Rapids it is necessary to stand and stare, which is exactly what everybody does. To visit the Tower of London, the National Gallery, Westminster Abbey, and the Zoo in one day, or Stratford-on-Avon, London, and Paris in the same week is like being forced to run at a breathless pace the full length of the Grand Canyon of Colorado. The difference is not one of travel, or of sightseeing, but only of physical exertion.

So it is that modern travel, in its most highly developed form, for pleasure or curiosity, fails in its object. Modern travel for other purposes is not travel but transport. The idea that we travel easier or better than our ancestors who had only their two feet or a horse, is a great fallacy. Thousands upon thousands of medieval bishops from the remotest parts of Europe regularly made their ad limina visit to Rome. There was constant communication between Rome and every See, and between all the courts and nobles, numerous as they were, by travelers, since there were no telegraphs or radio. When a man went traveling in the old days, there was a perpetually changing wonder revealed to him, slowly enough for him to take it in. The world is so mapped and places are so described today, that the element of surprise, which is half the fun of travel, is lost.

What American today could travel like Marco Polo to the court of the great Kublai Khan at Xanadu, like William of Rubruk far through Central Asia to Mongolia and the lands of the Tartars, or like many another to Cathay and the three Indias and the land of Prester John, and bring back tales of “palace gates of sardonyxes inlaid with snakes horn, windows of crystal, tables of gold and amethyst, pavements of onyx, lamps burning balsam,” of where “twelve archbishops sit on our right at table to meals every day and twenty bishops on our left,” and where the King is preceded by a wooden cross “that he may always bear in mind the Passion of Christ.”

Getting Away From the Kids: The spiritual rewards of business travel
Stephen Martin

Travels with 'America': A selection of writings from around the world
John Gibbons

It is not that the places are not there, nor equal wonders to be seen, it is because travel has been confined to rails and routes and the tales of those have all been told. Travel is a poor thing if no one will listen to your tales when you come back. The modern world is too sophisticated and too busy to wonder at them. The medieval travelers went far and wide, again and again, and there was nothing to stop them.

What American today could travel like Marco Polo to the court of the great Kublai Khan at Xanadu?

You can still travel today to wonderful places and live among wonderful peoples, but they are inaccessible to those who go by rail or automobile, tossed deftly from one Grand Hotel to another. It requires little more than it did centuries ago, a stout heart, a strong stomach, and two sound feet, with the courage and curiosity to venture into the unknown. The unknown is not remote or far away, it is anywhere a little way off the modern traveler’s route, the beaten track. It is as full of unheard-of marvels as the lost Atlantis or the land of Prester John.... But modern travel allows no such thing. The twentieth-century traveler always knows where he is going.

C.C. Heseltine's complaints about "modern travel"--the sameness of all the grand hotels; the speed of the trains; the horror of finding the same chain store in Chicago and San Francisco--would be amusing if you could ignore the date of the article. As he bemoans the monotony of such luxury, the Great Depression was driving his fellow countrymen out of their jobs and their homes. Soon many would join him on the railroads, but they would see the country not from the inside of a passenger car but from the top--or underside--of a freight.

C.C. Heseltine's complaints about "modern travel"--the sameness of all the grand hotels; the speed of the trains; the horror of finding the same chain store in Chicago and San Francisco--would be amusing if you could ignore the date of the article. As he bemoans the monotony of such luxury, the Great Depression was driving his fellow countrymen out of their jobs and their homes. Soon many would join him on the railroads, but they would see the country not from the inside of a passenger car but from the top--or underside--of a freight.

The mystery of life after death will never be solved, I think. And does it make sense to think about it, if it is better to take care of your current condition. Our company uses biotechnological equipment (https://www.berthold.com/) for water purification and many employees note that they have become less tired. Changing the quality of life is much more important than empty thoughts about what we will not know

This article also appeared in print, under the headline “The Heresy of Modernity: Modern Travel ,” in the January 21, 2019, issue.

G. C. Heseltine was a frequent contributor to America in the 1930s.