From the church to the public stage, Aretha Franklin earned her respect 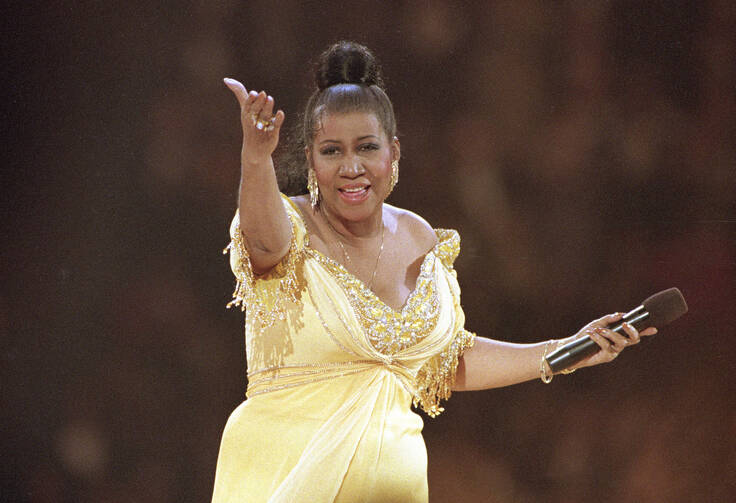 If you are of a certain age and went to Catholic school, you can remember singing “Ave Maria” as a child. It always was to me a pristine, clean, spiritual song, reverential and ethereal. Years later, as an adult, hearing Aretha Franklin sing “Ave Maria” on her “Live in Detroit 1987” album, Mother Mary came alive for me. I never wanted to hear another antiseptic version of “Ave Maria” again.

Franklin’s death last week on Aug. 16 at the age of 76 represents the end of an era, an era in which the sound of gospel music defined not only church music, but popular music as well. Gospel-inflected R&B and rock ’n’ roll music was once a staple of the radio, but it is hard to find an artist in the last few years who started their singing career in the church. That distinctive sound of gospel music, uplifting but mournful, soulful, resonant, carried Aretha Franklin from the altar of her minister father’s church to the stages of the world. That voice was not honed in a conservatory or a bar, but in the service of praising God.

Gospel music, uplifting but mournful, soulful, resonant, carried Aretha Franklin from the altar of her minister father’s church to the stages of the world.

Franklin’s brilliance for me was the unique way that her voice and presence exuded both reverence for God and an earthy sensuality. When she told biographer David Ritz, “I never left the church, the church stays with me wherever I go,” you could hear it in her voice. As a Catholic girl who grew up hearing out-of-tune guitar Masses in the 1970s, I found Aretha Franklin a revelation. She was the closest thing I could get to gospel music at the time at home, because as Catholics we were not allowed to visit Protestant churches. So while my friends sat in Baptist church all Sunday, trying to cool themselves with church fans provided by the local black funeral home, we were at home having supper, listening to Aretha and her contemporaries. Whatever the black church was, I wanted that. Catholic songs didn’t have that same passion or bite.

To find God’s revelation, one can turn to music
Terrance Klein

Yet Franklin’s resonant voice was honed in struggle, both at home and in the world. Her parents separated when she was a child. Her father, C. L. Franklin, for whom she played piano at his Sunday services, was a great preacher but a flawed man. He impregnated a 12-year-old girl. Aretha herself had two children before the age of 15.

Because of these facts, it has been interesting to me to read and listen to some male commentators who have spoken reverently about her father as a guiding force in Aretha’s life. That may be true, but it is also true that she surpassed her father’s reach. That raw power of the gospel sound wrapped within a love song would touch more people than a sermon. The adulation of Aretha’s father as an impetus of her genius as a musician and an artist is patriarchal, and, dare I say, a bit disrespectful. It is as if she could not have been who she was without her father allowing her to go into the music business and sing in secular realms. He recognized her talents, but she honed them.

The black church in which Aretha Franklin grew up, much like the Catholic Church, was a space in which women filled the pews but men controlled their destinies.

What is lost in Franklin’s death is not simply the presence of a great artist. It is the loss of a woman with a unique voice forged in pain, suffering and endurance that was experienced both inside and outside the confines of the church. A woman who wanted to be paid in cash, because women were often taken advantage of in performances. A woman who endured tumultuous relationships because of men in her life who treated her poorly.

The pain of women in patriarchal spaces is real. The black church, much like the Catholic Church, was a space in which women filled the pews but men controlled their destinies. Aretha’s gift to us is not only her voice, but her legacy as a proud and successful artist: In the patriarchal spaces of the music world as well as the church world, she demanded respect for her talents and her work. In a time of men, Aretha Franklin stood out as a woman whose voice was a conduit for the Spirit of God and the longing for love that we all seek. Perhaps she was not ethereal, but her earthiness gave us something of the divine in her powerful voice. May she rest well, as a good and faithful servant of God. 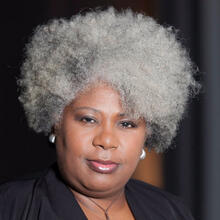 Wow--a strong essay! This deserve wide circulation. I think the gendered aspect of church and music business is inextricably linked.

https://www.youtube.com/watch?v=Y1ONGBiCLMw is where I after reading about Aretha Franklin's version of "Ave Maria". And, no Catholic music doesn't the same "passion and bite", Ms. Butler is correct. If you're lucky, you can find "Mass of a Soullful People" on vinyl. But, you will wear that record out, searching for its equal in Catholic music today. There was only one Aretha. I am grateful to have experienced some of her mighty talent via records and CD's in my lifetime.

Yours is the most wonderful tribute to Aretha I have read, and speaking of powerful earthy and passionate- I am sure you've heard her breathtaking performance of Puccini's Nessun Norma... https://www.youtube.com/watch?reload=9&v=3gCuyrKVDCs
Thank you!

Interesting post!
This site could be useful for you : https://speedypaper.app/

I found it interesting to discover that Aretha Franklin died without a will. This seems so short-sighted and selfish, IMO. My wife and I are REALTORS in a very conservative community and we sell Winona Lake real estate. It AMAZES me how many people pass away without having their affairs in order. If people realized how much stress this create for their next-of-kin during an already troubling time they would probably make creating a will a priority. FACT: We are all going to die. We should be considerate and give our children the gift of settling our affairs before we go. With an estate as big as Aretha Franklin's, I can't even imagine how much of a nightmare that would be!

Her voice was a gift to people with a certain musical taste. Others with inspiration, gifts and talents composed the tunes and the words, any spark of holiness came from them.

Her behaviour and lifestyle was scandalous and her death intestate irresponsible