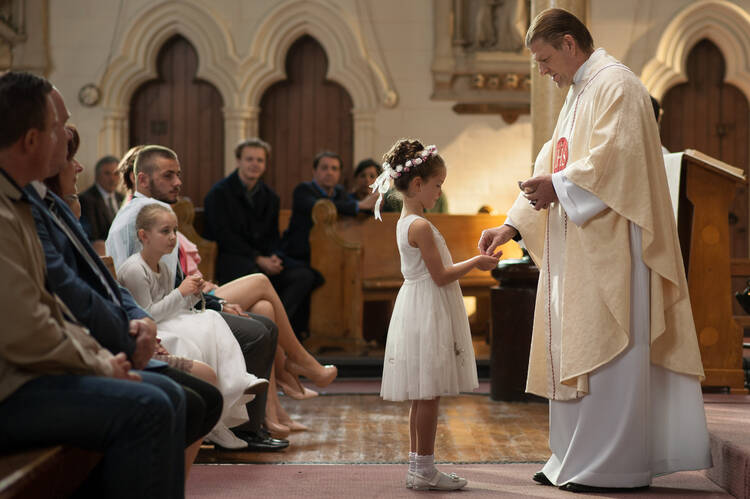 Shortly after the election of Pope Francis, I was called to a hospital near my parish. The clerk said neither the social worker nor the security chief were available to deal with a developing situation. The family of a recently and tragically deceased patient was becoming increasingly agitated, even hostile, while waiting to see their loved one in the morgue. As a parish priest, I presented a last-ditch hope for intervention.

I usually make the eight-minute walk from parish office to the hospital at a leisurely pace so I can prepare mentally for what I might encounter. This time, while walking, a strong directing question came to me: “What would Pope Francis do in this situation?” I was not asking what would the Holy See do, but rather: What would Francis the priest, the pastoral minister, do? I do not think I ever had such a thought in the past. For the first time, I was mentally reaching out to a pope, not as voice of theological authority or center of ecclesial unity, but as a source for help in a basic pastoral need.

What makes a good priest? Is it who he is, or more what he does? Thomas Aquinas held that we are what we do and we do what we are. Perhaps that is a bit circular, and surely for the parish priest, like for anyone in any vocation, it makes it easier to handle such circularity if there is a model who demonstrates what goodness might mean in action.

Father Michael Kerrigan, the central character in the 2017 BBC series “Broken”(available to stream in the United States on BritBox), is one such model. Kerrigan (played by Sean Bean of “Lord of the Rings”and “Game of Thrones”fame) is a parish priest in a small, struggling city in the north of England. It is a place whose people suffer many traumas: loss of jobs, destructive addictions, hostility between law enforcement and citizens, all resulting in spiritual malaise.

In Kerrigan’s parish, people’s lives are rough and full of morally fraught, unnavigable situations. Yet, this is also a place of fierce mutual regard and firm, practical acts of mercy. It is a community where the civic and religious are reasonably comfortable side by side, which means that Father Michael has an important role to play in service to people in town, be they Catholic or otherwise.

What makes a good priest? Is it who he is, or more what he does?

Although the neighborhoods I serve in Brooklyn are by and large more affluent and economically secure than Kerrigan’s, they still present their own share of challenges, just like any urban community. My borough is the location for some of the most energetic (some would say aggressive) residential and commercial property development in the city. To be sure, new construction brings more people, activity and money into a neighborhood, but it also displaces and pushes away the less-advantaged folks I have come to know over the years. A multitude of anxieties weave their way in and through all of the fresh new venues rising up into the skyline: fear of falling through financial and social cracks (for the elderly), anxiety over how to pay off student loan debt and how to plan for a full life (on the part of the young), and for the poor, the grinding struggle for security for just one day. So I can empathize with the complicated posture Kerrigan feels he must take toward the needs and realities of the people he lives among.

Sin, atonement and the paradoxical call, as Catholics, to be both rooted in tradition and responsive to the present are central in “Broken.” Kerrigan has a rich variety of people in his life. He has warm, frank relationships with his siblings, a compassionate spiritual director, and a clear mission, even though the constant demands he faces exhaust him. Kerrigan has developed a unique approach to priestly life: keep your voice low, attend to the person right in front of you, say something disarming, and then finally, as priest, introduce the note of redemption already present in the circumstances.

Personally, I like his approach. It is practical and, as we learn progressively through the series, it provides a way for Kerrigan to handle his own spiritual need to be grounded. For Kerrigan, priesthood appears to be an attempt, at least in part, to make himself whole. For myself, and probably for many priests, the discovery that what one does for others in ministry emerges from one’s own wounds might be surprising. But the epiphany comes after just a little time in the field.

Discovering that ministry emerges from one’s own wounds might be surprising. But the epiphany comes after just a little time.

Kerrigan bears his own wounds as he ministers to other people’s. He is haunted by flashbacks of sinister and shockingly cruel events from his past that touch on the most fractured experiences of his childhood. These unwelcome memories come inconveniently at the consecration during Mass, the point of the liturgy where the priest as alter Christus should set aside his own self to present to the faithful the Divine Self. These reminders torture the priest, and he has no idea how to resolve them or to understand their meaning.

The dialogue and actions presented are accurate to the inner landscape of a priest and to the details of his pastoral tasks. As a member of a religious community, a group that makes the unusual decision to remain in one place for life, I am lucky enough to rely on familiar people, those with whom I have lived and worked at this point for almost 25 years. And though community life can bring daily irritations, it is the greatest of blessings as well. You learn through the ups and downs of common life the truth that ultimately eases human anxiety: that you are never alone.

Kerrigan does not enjoy this blessing. He lives alone. But he creates for himself bonds of unity through his interactions with parishioners, a unity often conveyed on screen through exquisite visual symbols—notice the careful lighting of a single candle again and again by Kerrigan’s hands—and a slower pace of dialogue and intense facial expressions that invite the spiritual appreciation of the moment to sink in.

By the final episode, Father Michael does not totally resolve the turbulence inside of himself but he does become aware, appropriately at the celebration of Mass, that his own agony can be absorbed by entering into a spirit of forgiveness, both given and received. But this should not surprise.

At Mass, the Catholic recalls the historical events of Christ’s agony, crucifixion and resurrection, but she knows this is not just distant history. The Mass brings her into the Eternal Present of those moments in Christ’s life so that the effect of them can heal, support and revive her as well.

Traumatic events can pull us back into memory, but they can also push us through to the present, where the confrontation of that memory is a prelude to salvation. Like Father Kerrigan, we discover that memory includes us in a history that may hurt but that cannot ultimately hinder, at least when grace is present in its mystery to heal. 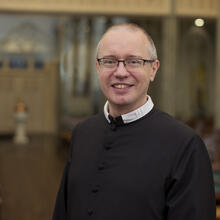 I became a fan of Sean Bean from the show that made him famous, Sharpe's Rifles. Over the Hills and Far Away.

Thanks for the recommendation for Britbox.

It's such a pity that Broken didn't receive the accolades and film awards etc that it truly deserved. . The oscars etc have been very quiet re the brilliant Broken series .

My husband and I loved this series and thought Bean was spot on with his portrayal of Kerrigan and like J Cosgrove, we also loved the Sharpe series. We signed up for Britbox to see Rowan Atkinson as Maigret, but are enjoying all the other surprises after my husband retired (at 75) and I recuperated from surgery, Fear not, in between we hit one major demonstration in our state's capital and two MLK anniversary events. I like this life!

I knew a priest like this. He was my confessor and my friend. He married my husband and me, baptized my children, and was a lifelong friend. I knew him for so long that I knew some of his fears and regrets. He was a blessing to my life. When I hear some of the bishops vying for power, trying to pass "religious liberty" laws (read: the right to discriminate) and attacking baptized Catholics who happen to be LGBTQ, who refuse to acknowledge women as full and equal human beings, and who cling to old rules and restrictions instead of love--it makes me so sad. I despair that my children will never know the beauty of the relationship and pastoral love I had with "my priest." He was one of the good ones. RIP, Fr. Tom.