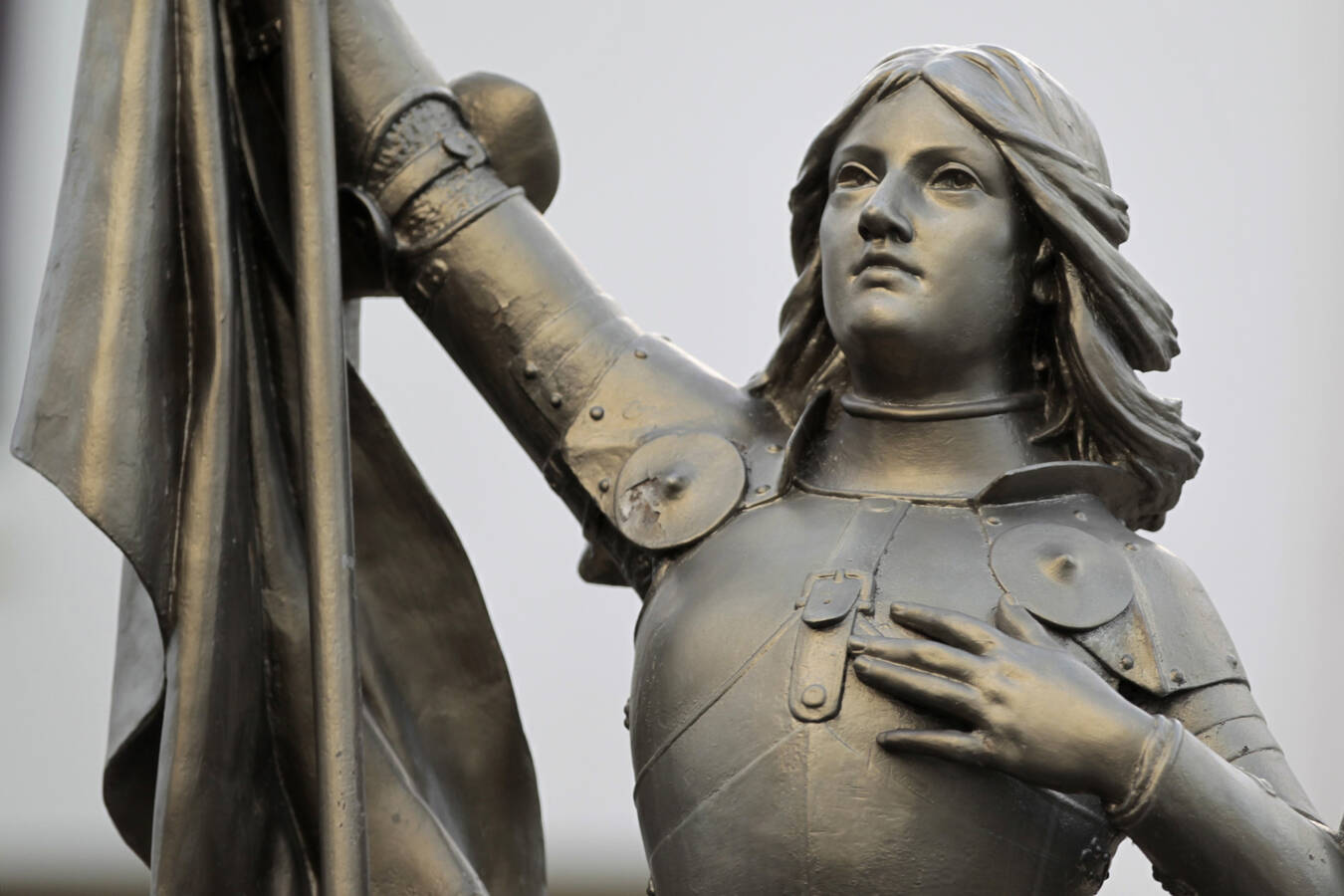 A young boy approached Mark Twain one day, after spotting the famous author standing alone on a stone bridge in Redding, Conn. Twain was a familiar presence in the community, and the boy had awaited such a chance to express his admiration. “I was glad that he was alone,” Coley Taylor recalled years later in an article in American Heritage. “I had wanted to tell him how much I had enjoyed Tom Sawyer and Huckleberry Finn.”

But Twain’s response to the young boy’s praise was shocking. “I had never seen him so cross. I can see him yet, shaking that long forefinger at me,” Taylor recalled. “You shouldn’t read those books about bad boys!” the author scolded. “Now listen to what an old man tells you. My best book is my Recollections of Joan of Arc. You are too young to understand and enjoy it now, but read it when you are older. Remember then what I tell you now. Joan of Arc is my very best book.”

Twain made similar comments in other settings. “I like Joan of Arc best of all my books,” he wrote shortly before his death, “and it is the best; I know it perfectly well. And besides, it furnished me seven times the pleasure afforded me by any of the others; twelve years of preparation, and two years of writing. The others needed no preparation and got none.”

Remember then what I tell you now. Joan of Arc is my very best book.

Few literary critics today share Twain’s enthusiasm for this book, the last full-length novel he published in his lifetime. More often, they express dismay or puzzlement over it. They are especially befuddled by the credulous enthusiasm Twain shows for his heroine on almost every page of this novel. How can this be?

Twain was raised in a Southern culture that was deeply suspicious of—and sometimes openly hostile to—Roman Catholicism and its veneration of saints and relics. He once stated that he had been taught “enmity toward everything that is Catholic,” and yet in his novel about Joan of Arc, Twain comes across as more passionately Catholic than even more famous writers aligned with the church, like Graham Greene, Walker Percy or Evelyn Waugh.

That was, in fact, the conclusion reached by the reviewer Michael Kenny in the very first issue of America in 1909. After noting that it might be better if “writers of her own faith” would take the lead in telling Joan of Arc’s story, Kenny was forced to conclude that Twain’s “admiration of the Maid is absolute…. Even his picture of the religious element in her character is adequate and warm.”

If Twain were alive today, he would be dismayed at how few people read the novel he saw as the high point of his literary career. The book is sometimes dismissed as an eccentricity of an aging author, but even more often it is ignored. “Mark Twain’s obsession with Joan of Arc has to rank among the most baffling and least talked about enigmas in American literature,” Daniel Crown has written. In the introduction to a recent reissue of Personal Recollections of Joan of Arc, the Twain scholar Susan K. Harris makes the point even more strongly: “By the time he’s writing Recollections, he’s not a believer. He is anti-Catholic, and he doesn’t like the French. So he writes a book about a French-Catholic martyr? Ostensibly, it doesn’t make a lot of sense.”

Twain points out that this is the tale of “the only person, of either sex, who has ever held supreme command of the military forces of a nation at the age of seventeen”

Make no mistake, Twain is a persuasive advocate for his martyred saint, despite whatever reservations literary scholars might bring to the subject. He may have even helped to enlist popular support for her canonization in 1920. I suspect that he had a change of heart about Catholicism during his travels overseas, as passages in his memoir The Innocents Abroad (1869) tend to suggest. During his later visits to France in the 1890s, he probably undertook the bulk of the research for his book. Somehow, during the course of these years, he turned into a fervent admirer of the Maid of Orléans. He even came to see similarities between his own daughter Susy and the saint, so much so that he based his descriptions of Joan on his recollections of his daughter as a teenager.

This novel deserves a better fate than it has received. The story itself is riveting. How could it not be? After all, this is the tale of “the only person, of either sex, who has ever held supreme command of the military forces of a nation at the age of seventeen,” as Twain points out in the epigraph to his book. I suspect that this novel could even serve as the basis for a megahit movie in the current day, when studios seek out narratives featuring powerful female protagonists, sweeping cinematic panoramas and awe-inspiring effects. Those are all here, in a way that they are not in Huckleberry Finn and Tom Sawyer.

Here is a thumbnail sketch for those who are not up to speed on the Hundred Years’ War. Charles VII, who had inherited the throne of France after all four of his elder brothers died before the age of 20, was in dire circumstances when Joan emerged from the peasantry with promises of divine assistance. His troops had been decimated by the British, and Charles was forced to abandon Paris. (By some accounts he was ready to flee the country in the face of insurmountable odds.) But an untutored teenage girl, inspired by visions of angels, led French troops in decisive battles. Joan of Arc lifted the siege of Orléans, and reclaimed territory both by combat and, in around 30 instances, immediate surrender from communities unwilling to oppose this young woman, who seemed to possess a divine mandate to conquer.

British leaders and their Burgundian allies denounced the female warrior as a heretic, and after capturing Joan in 1430, they put her on trial. The tribunal was a sham intended to destroy the legitimacy of this inspiring heroine of the opposition. A host of charges were made, ranging from theological issues to accusations of cross-dressing and improper hairstyles. Joan was convicted and burned at the stake in 1431. But she had already turned the direction of the war, and over the next two decades, Charles VII would recapture almost all of France, except for the port city of Calais.

While the story of Joan is irresistible, I can understand why Twain fans are shocked by this book. Many of the key ingredients we expect from his stories are noticeably absent. Except for a couple of wry touches, he avoids humor. The acerbic social commentary he brings to bear in other settings is mostly absent. Above all, this most American of writers abandons the New World entirely for a story that involves intrigue among a wide range of European interests—British, French, papal, Burgundian. I am hardly surprised that Twain decided to keep his authorship a secret when the novel was first published in serial form. I suspect that he had anonymity in mind while writing it and eliminated his trademark stylistic devices as part of the book’s construction.

Yet our author also demonstrates new skills here that earn our respect. Most readers do not consider Mark Twain a writer of action-packed adventure stories, but this book is filled with a swashbuckling energy and an against-all-odds heroism that has not gone out of style even in the 21st century. In many ways, his Joan of Arc is closer in spirit to Wonder Woman and Lara Croft, Tomb Raider, than to Tom and Huck. But Twain’s protagonist has one advantage over those Hollywood figures: She is grounded in real history and animated by values and ideals that are larger than comic book theatrics.

Mark Twain is not considered a writer of action-packed adventure stories, but this book is filled with a swashbuckling energy and an against-all-odds heroism

But it is possible to learn more than just warfare from Joan of Arc. Her adversaries battled her as much in matters of theology and decorum as with weapons. Twain clearly takes delight in these exchanges, in which a young peasant girl matches her wits in debate with the best and brightest minds her opponents could muster.

I suspect that Joan’s eloquence and fortitude during the interrogations and trial leading up to her martyrdom have been as persuasive as miracles and battlefield victories in bringing later admirers to her defense. In the words of the poet Alain Chartier, these verbal conflicts represented the victory of “one against many, lowly against exalted, illiterate against scholars, a woman against men.”

And what a surprising cast of characters we find among her admirers. Mark Twain was hardly the only famous figure vanquished by Joan of Arc. The British writer Thomas De Quincey, best known for his Confessions of an English Opium-Eater (1821), fell under her sway and praised her extravagantly. A century later, George Bernard Shaw took up her cause in his play “Saint Joan.” Even the greatest conqueror of all, Napoleon, was conquered in turn by the Maid of Orléans, moving to reinstate celebrations in her honor after they were prohibited following the French Revolution.

I do not think this book is outdated. It is maybe even the opposite. Twain’s enthusiasm is still alive in these pages. That is, after all, the most conspicuous quality in this entire novel: the author’s devotion to Joan of Arc. It jumps off every page.

If you come to share this devotion—and Twain makes that very easy to do—you will not be surprised at all how much our esteemed writer loved this particular book. In fact, the main cause for surprise might be why so few have taken him at his word and given this novel a chance. 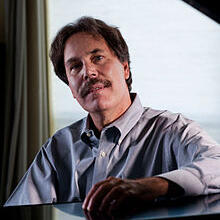 Ted Gioia writes on music, literature and popular culture. His latest book is How to Listen to Jazz (Basic Books).

I still remember when my Amazon ordered copy arrived. Almost didn’t believe it was true (that Twain authored the book). I couldn’t stop reading it (I was already a devotee of the Maid). I have since purchased 3 copies to share with loved one. Ready to re-read it again. Thanks for bringing the attention of this specific telling of a most remarkable story.