‘The Crown’ is back and the British monarchy has never looked more attractive. 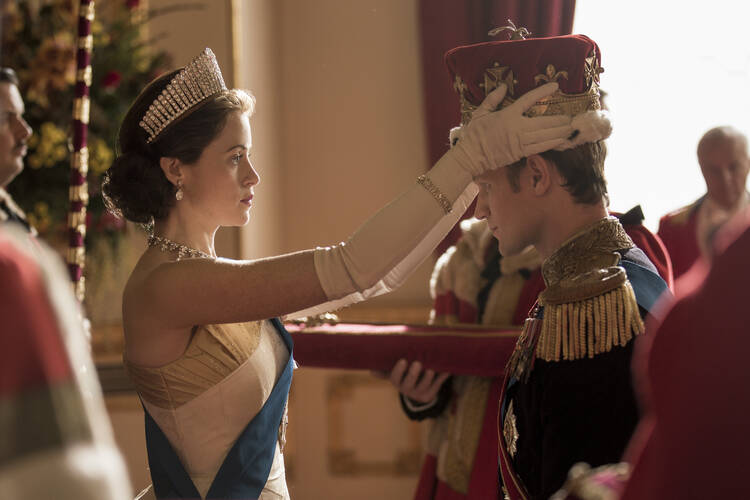 The highly anticipated Season 2 of Peter Morgan’s original series, “The Crown,” was released today, and I for one have my weekend blocked off to binge watch it. With a dream cast and the finest writing (and biggest budget) of any drama Netflix has ever produced, the series has been a triumph.

The first season followed the beginning of Queen Elizabeth II’s reign with stunning performances by Claire Foy as Elizabeth and John Lithgow as Winston Churchill. Season 2 will feature a more mature queen facing major personal and political struggles. And although six seasons are planned, Season 2 will be the last season featuring Foy in the role of Queen Elizabeth before the part is turned over to Olivia Colman (“Broadchurch,” “The Night Manager”) for Seasons 3 and 4.

The final episode of Season 1 left Queen Elizabeth very much alone and feeling the weight of her crown amid marital woes, family drama and political turmoil. We watched the young queen struggle to balance her role as head of state and the Church of England with her role as a mother, wife, daughter and sister. “The Crown” offers an intimate view into the personal lives of a very private monarchy, making the royal family more lifelike, approachable and even lovable. In light of what can only be considered a highly successful marriage (Prince Philip and Elizabeth celebrated their 70th wedding anniversary last month!), it is fascinating to see the show draw back the curtain on a rocky time for the royal couple who, understandably, have always needed to present as a perfect example of marital bliss.

The final episode of Season 1 left Queen Elizabeth very much alone and feeling the weight of her crown. What can we expect from Season 2?

Last season ended with Philip being sent off on a royal tour, seemingly to keep him out of trouble and away from his painfully strained marriage. Season 2 trailers warn us that the marital strife only gets worse in the upcoming episodes as rumors of infidelity emerge.

Vanessa Kirby will be returning in Season 2 as Princess Margaret. She is also estranged from the queen, her sister, in Season 1 due to the heartbreaking outcome of Margaret’s relationship with the divorced man Peter Townsend (Ben Miles). Elizabeth faced an impossible decision regarding her obligations to family versus her obligations to the crown and had to deny Margaret permission to marry Peter because of pressure from Parliament and the Church of England. While the couple had public support, the royal family was still reeling from the abdication of King Edward VIII (Alex Jennings), who gave up the crown to marry a divorcee.

Current developments in the real royal family—Prince Harry recently announced his engagement to U.S. actress Meghan Markle (who is also divorced)—reveal how much has changed in the past 50 years. Matthew Goode will join the cast in this season as Princess Margaret’s new love interest, society photographer Antony Armstrong-Jones.

Elizabeth’s personal drama with family members is accompanied by political shakeups at the end of Season 1 with the resignation of her first prime minister, an aged Winston Churchill, and his replacement with Anthony Eden (Jeremy Northam). Churchill’s story arc seemed to be wrapped up in Season 1, but I cannot help hoping that he makes some appearances in Season 2. Lithgow’s performance honestly surprised me: He was so believable as Churchill, showing the fears and vulnerability of an aging man dreading the loss of his power. The final episode foreshadowed the Suez Crisis that Elizabeth will face in Season 2 with her unreliable new prime minister, who suffers from ill health and a possible drug addiction.

Elizabeth is surrounded by people who cannot see beyond their individual desires. Philip feels overlooked and trapped in palace life. Margaret feels wronged by the denial of a marriage that could not take place according to the Royal Marriages Act. The Duke of Windsor (formerly King Edward VIII) abandons his crown, leaving the huge responsibility with his unprepared brother, Elizabeth’s father. Churchill and Eden are more concerned about political power than what is best for the country. Only Elizabeth seems to be able to choose the common good of the realm over all other concerns, but she pays for doing her duty by having to disappoint people she loves.

“The Crown” manages the tricky balance of avoiding soapy melodrama while presenting compelling and dramatic plotlines. It handles complicated historical drama while making even the most imposing figures vulnerable. It recalls “Mad Men” in its ability to make characters so beautifully developed that we care deeply for them even while being occasionally exasperated with their behavior. There are no pure villains in “The Crown.”

Why are we so fascinated with the lives of the English queens?
Angela Alaimo O'Donnell

This feat is all the more remarkable considering how easy it is to be dismissive of a polarizing institution like the British monarchy. But with its exploration of the humanity of its characters, the series highlights the complicated lives of the members of the royal family, making the monarchy accessible and even endearing to U.S. viewers. Considering the U.S. political climate, I may not be the only viewer who has considered whether Queen Elizabeth II would be willing to take us back.

Regardless of how you feel about the institution itself, it is impossible to watch “The Crown” without being impressed with the young wife and mother carrying the weight of the realm on her shoulders. One can only wonder if the real Queen Elizabeth II will tune in on Friday and if her majesty will approve of the new season.

I enjoyed the show, I just wish they had refrained from the unnecessary sex scenes regarding Princess Margaret’s fiancé. Why put them in? If they wanted to show what sort of a man he was, they could have easily alluded to it without the scenes! Otherwise, great show.