'Call the Midwife' on PBS shows the beauty of serving others

'Call the Midwife' on PBS shows the beauty of serving others 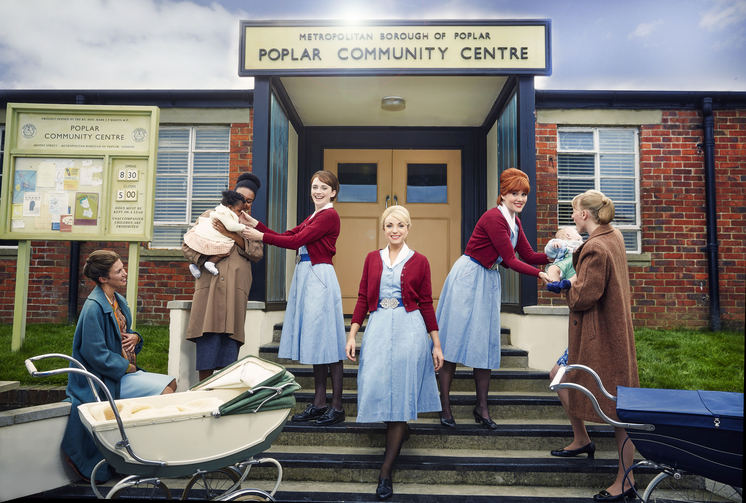 One of the most compassionate shows on television returns this Sunday, April 2, for its sixth season. “Call the Midwife” on PBS follows lay and religious nurses as they treat the people of Poplar, a lower-class neighborhood in the East End of London. Set in the 1950s and ‘60s, the show is based on the memoirs of Jennifer Worth, a nurse who worked with the Community of St. John the Divine, an order of Anglican nuns. Reviewing “Call the Midwife” for America in 2015, Paul Johnston wrote, “Episode after episode, 'Call the Midwife' is a study of what love can overcome and achieve.”

The nurses travel about London treating patients. They step into domestic dramas in media res, playing a minor but important role in the lives of the city’s poorest and most vulnerable residents. In season 5, the seriestackled some of its most challenging material yet, including the fallout of the Thalidomide scandal of the 1960s, which left thousands of infants with significant birth defects. The show has also shed light on social issues like prostitution, sexual assault and labor discrimination.

The sisters in “Call the Midwife” must contend with thorny issues at the intersection of church and state. Among the dilemmas they face are whether to distribute government-provided contraception, how to treat a woman who sought an illegal abortion with mercy and the ethics of working with a hospital that left a disabled infant to die.

It will be interesting to see how the nurses’ lives continue to change as a result of the modernization of the 1960s, particularly with the popularization of oral contraception, which one sister described anxiously as, "a miracle with moral implications.”

Depicting women helping women, and bringing attention to the hardships faced by lower- and middle-class women in mid-20th century London, “Call the Midwife”is an inspiring, at times heart-wrenching, program with an important feminist message. It reveals the beauty inherent in following a vocation to serve those in need.

The new sister superior is going to be a hum-dinger!! She is worse than my grade school teachers. Just a bit rigid, I'd say.