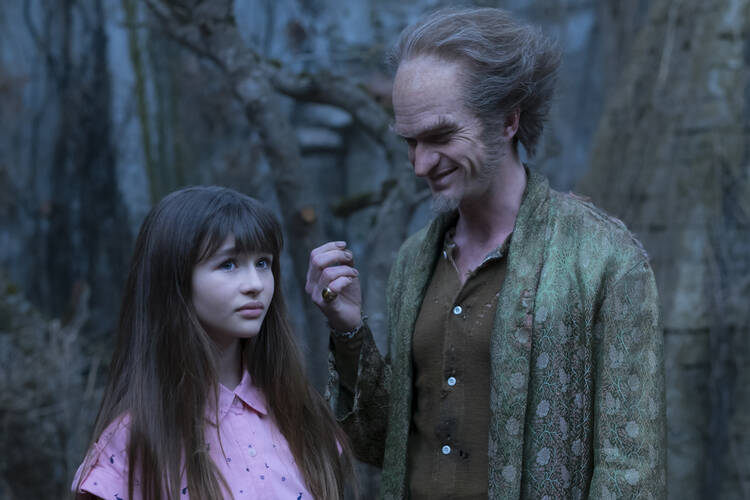 The Brothers Grimm caused quite a stir when their Kinder- und Hausmärchen (“Children’s and Household Tales”) was published in 1812. “It is impossible to think of that collection as a book that can be put in the hands of children,” one critic complained. He was not without reason; the graphic stories upon which many of Disney’s classic films were based include descriptions of cannibalism, rape, incest and—of course—murder. Maria Tatar writes that “nearly every character—from the most hardened criminal to the Virgin Mary—is capable of cruel behavior.”

Lemony Snicket’s A Series of Unfortunate Events, a series of 13 books also written for children, does not depict violence so crudely. Danger is indicated not by bloodshed or physical pain but by uninhabitable homes, impossible ultimatums and near-death situations. However, the essential truth—that human beings have a capacity for cruelty, whether it is intentional or not—remains. The new Netflix series, based on the best-selling books by Daniel Handler (a.k.a. Lemony Snicket), takes the viewer through the trials of three siblings: baby Sunny, brother Klaus and their older sister Violet. The Baudelaire children are orphaned at the beginning of the series, after which they are passed around various neglectful adoptive parents, including a neurotic recluse, Aunt Josephine (Alfre Woodard), and an affable herpetologist, Uncle Monty (Aasif Mandvi), whilst trying to escape the abusive and ridiculous Count Olaf (Neil Patrick Harris), who is after their inheritance.

The Baudelaires are always the first to recognize when their lives are at risk, but their acuity is never enough to keep them safe, since their guardians never believe them. “Leave it to the adults,” their caretaker says. “You’re finally safe now, children,” Uncle Monty assures. Although these phrases soothe the grown-ups, the Baudelaire children know not to relax. Because they are continually excluded from decision-making about their lives, they remain in danger. “You must understand: He had a very terrible childhood,” an adult remarks to Klaus about yet another sadistic villain the children encounter. “I’m having a very terrible childhood right now,” Klaus retorts. “Okay,” the grown-up whispers, before shutting the door in his face.

This exclusion leaves the Baudelaire children with no other choice but to improvise. Each has a talent: Violet is an engineer who can scale buildings by way of a pasta maker, Klaus is a bookworm and self-taught legal expert, and, though a baby, Sunny has very sharp teeth with which she can whittle wood and assist her siblings with their inventions. Despite these exceptional talents, the adults always assume the least of the Baudelaires, and never assist with or recognize their achievements.

This parody of adults as both well-meaning and wilfully ignorant is not novel; this motif has appeared in classics like “E.T.,” as well Netflix’s creepy series “Stranger Things,”where adults show concern for their children but refuse to trust them. Unlike “Stranger Things,”however, which ultimately asks parents to respect their children, “A Series of Unfortunate Events”rewards the agency of the children watching the show.

“Look away now,” Lemony Snicket, the series’ narrator, counsels. “I would advise all our viewers to watch something more pleasant instead,” he says, warning of “disturbed plots, villainous, frightful deeds and an absurd amount of childhood endangerment.” This playful device, repeated every episode, is a way to settle expectations, but also to to remind children that like the Baudelaire kids, they have agency whether or not it is granted to them by adults—they do not have to keep watching unless they want to.

The show’s greatest triumph is that, as promised, there is no happy ending. In fact, there is no sense of finality at all. As in real life, unfortunate events take their course, punctuated by victories great and small, ad infinitum. The Baudelaires are wonderfully lucky in at least one respect: they get to weather the storm together.

Eloise Blondiau is an editorial assistant at America.