The Broadway musical has been born again. Will movie musicals be far behind? 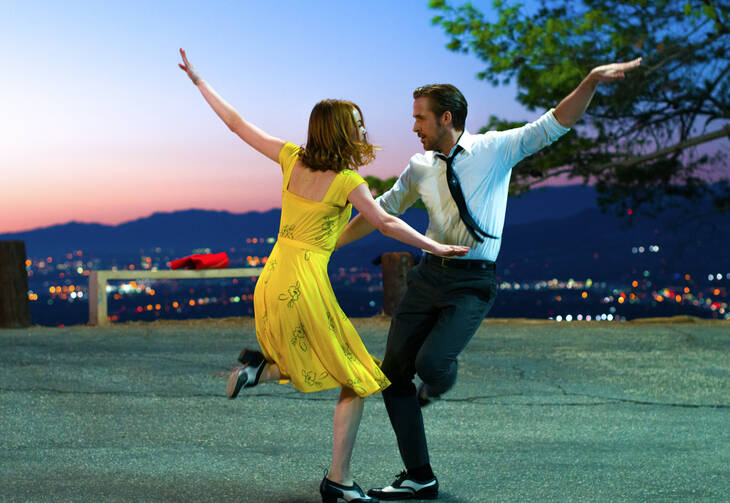 Of all the strains of declinist cultural criticism, surely the most precious and blinkered is the furrowed-brow concern for the twilight of once-beloved genres. Depending on the circles you run in, you might hear elegies for the heyday of the film Western, the rock concept album, the three-camera network sitcom or the brand-new opera—as if culture has not always been a teeming, ungovernable river, a particle accelerator where old forms are torn apart and recombined as much as created and promulgated.

As Tom Stoppard has a character in “Arcadia” say of a far more cataclysmic civilizational loss, the burning of the library in ancient Alexandria: “You should no more grieve for [the lost works] than for a buckle from your first shoe, or for your lesson book which shall be lost when you are old. We shed as we pick up, like travellers who must carry everything in our arms, and what we let fall will be picked up by those behind. The procession is very long and life is very short. But there is nothing outside the march so nothing can be lost.”

The musical was once the subject of such misplaced hand wringing, even as recently as the turn of the millennium. Would the form that defined mid-century American theater and songcraft, that gave us the masterworks of Bernstein and Sondheim, be condemned to sputter along on the fumes of jukebox musicals, cheesy movie adaptations and high-gloss family fare? The answer, as you’ll know if you’ve been paying even glancing attention to pop culture, is a resounding no. The revolution was years in the making (you might trace its seeds back to “Rent,” in 1996), but it officially arrived with the hip-hop history musical “Hamilton” and the moving lesbian memoir “Fun Home,” a pair of shows from New York’s Public Theater, not coincidentally the source of two previous new-blood transfusions for the American musical, “Hair” and “A Chorus Line.”

The film musical, meanwhile, has traced its own parallel arc from Golden Age to decadence and senescence, from Busby Berkeley extravaganzas to lavish MGM vehicles for the likes of Gene Kelly and Cyd Charisse, followed in succeeding decades by successive stabs at a renaissance, which has taken hold most convincingly in animated films. Film musicals have often been at a perceived disadvantage in relation to their stage counterparts, not least because they often follow in the wake of hit shows as inevitably compromised adaptations. They have no reason to feel inferior, though. With vanishingly few exceptions, the best film musicals—“Singin’ in the Rain,” “Top Hat,” “The Band Wagon”—have been made expressly for the screen, not lifted from the stage. But who has the passion and the chops to create such work these days, let alone to convince film studios to fund their folly?

Many hopes for the future of the musical, both onstage and on film, currently happen to converge on a talented young songwriting duo, Benj Pasek and Justin Paul. Their new musical with playwright Steven Levenson, “Dear Evan Hansen,” is at the top of a bumper crop of new musicals on Broadway this season (11 at last count), and their efforts as lyricists (to music by Justin Hurwitz) are on display in writer/director Damien Chazelle’s new film “La La Land.” In the case of the former, a remarkably fluid and expert piece of musical storytelling, the superlatives are warranted; the film, on the other hand, is a mixed blessing.

The title character in “Dear Evan Hansen,” played with febrile urgency by Ben Platt, is an anxious high school senior who half-accidentally, half-intentionally manages to entangle himself in the lives of a well-to-do family whose world he covets, and, more to the point, whose daughter he pines for. The deceptions by which Evan maintains these intimacies escalate as grippingly as the plot turns into a thriller. And much of the show’s exquisitely wrought tension, as well as its patches of relief, come courtesy of Pasek and Paul’s roiling, emotionally transparent music and lyrics. Almost alone among their peers, they use the timbre and diction of contemporary pop in ways that manage to be both incisive and unobtrusive; their songs both serve and drive the action.

Director Michael Greif’s stark production matches the score’s elemental forward momentum, as do the performances, in particular Platt’s exposed-nerve turn in the lead, which is notable for maintaining the character’s profound discomfort even as he’s letting loose soaring, power-ballad melodies. If the show ultimately makes an unearned shift into the beatific, the reckoning that precedes it feels sufficiently purgatorial to quell most misgivings.

No such thundering consequences trouble the nostalgia-drenched theme park that is “La La Land,” which imagines Hollywood not just as a notion or brand name but as an actual dream-factory town where backlots blur into backstreets, where curious flâneurs wander into jazz clubs following wisps of music on the air, and where—occasionally—folks break into song and dance a la the old MGM musicals. So much of this is irresistible, particularly as enacted by leads who can both deliver old-movie glamour, straight up, and give it a fresh twist: The laconic Ryan Gosling, as a self-serious jazz pianist, and the elfin Emma Stone, as an aspiring actress. That neither is more than a passable singer or dancer is forgivable when they’re tapping amiably in front of an L.A. sunset, floating through the interior of the Griffith Park Planetarium or otherwise stoking their palpable, easygoing screen chemistry.

It becomes more resistible, though, once the pesky business of story intrudes. When this creative young couple begins to realize, like countless other entwined aspirers before them, that pursuing their art and each other may be mutually exclusive propositions, the musical numbers disperse, as if cowed by genuine emotions, only to reemerge in a sort of climactic dream sequence. This is a comedown from the promise the film seemed to extend from its start: that, like the brilliant musical TV series “Crazy Ex-Girlfriend,” “La La Land” would be doing the old song-and-dance for real, to express in song not only the registers of flirtation and wish fulfillment but also pain, longing, even anger. And in the absence of compelling drama, the film’s homage to old Hollywood begins to curl into self-congratulation.

It is not a total loss; any film that can reflect the roseate haze of L.A.’s skyline in Emma Stone’s uncanny anime eyes (or is it the other way around?) is all right in my book. And if “La La Land” inspires other filmmakers—and songwriters—to do more and better, it may mark the beginning of a new era of musicals on film as good as any on a stage. I’ll sing to that.