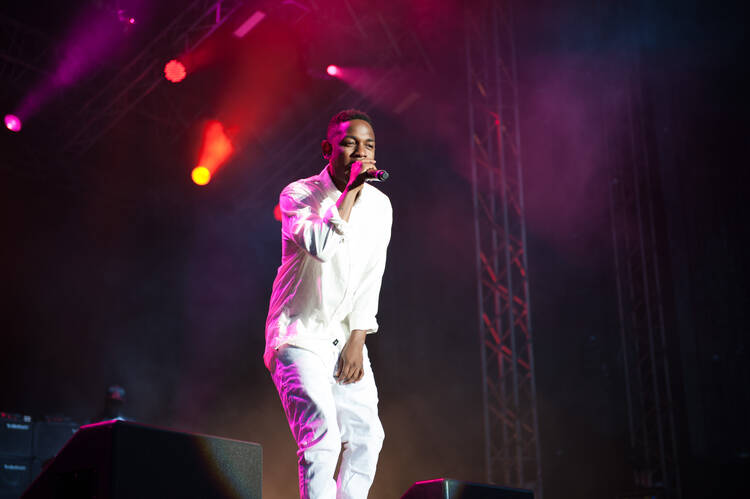 I remember the first time I heard Steely Dan’s “Deacon Blues,” a song about winning and losing in life. I was 10 years old, attempting to explain the lyrics to my father. Sitting across from me in the kitchen of our old apartment, his acoustic guitar across his lap, my father responded: “Not the lyrics. Feeling. How does the song make you feel?” The focus for him was always on the inspiration behind the art: What was the artist trying to evoke in listeners? What experiences was he or she describing?

Influenced by my parents, my collection ranges from merengue artists like Johnny Ventura and Juan Luis Guerra to rock bands like Led Zeppelin and Black Sabbath. But it wasn’t until I fell in love with hip-hop music that I truly understood the point my father was emphasizing: how deeply music touches the soul.

One of my first encounters with hip-hop was “Get A Hold,” by A Tribe Called Quest, a group known for optimistic lyrics like “positivity has risen” and “Love it when God keeps on overlookin’.” From A.T.C.Q., I discovered other artists: Common and his classic “I Used to Love H.E.R.”, an extended metaphor about a woman who represents hip-hop; Slick Rick’s “Children’s Story,” a parable disguised as a bedtime story; Gang Starr’s “Code of the Streets,” a recollection of the frustrations faced by black men in the 1990s. Most memorable was the discovery of Eric B. & Rakim. Arguably the most pivotal musicians in all of hip-hop, the duo uses elements like alliteration, allusions and metaphors to create classics like “I Ain’t No Joke” and “Follow the Leader.” They also embody what makes hip-hop music so powerful: the way it alters language.

Hip-hop artists alter the English language in their music to create what is called “flow,” a combination of rhythms and rhymes. Whether through alliteration, assonance, similes or metaphors, artists use their flow to create a kind of poetry for audiences. Adam Bradley, a scholar of African-American literature, analyzes this in Book of Rhymes: The Poetics of Hip Hop. The flow used by rappers creates a different kind of storytelling, one that is more relatable and colloquial. Through this storytelling, Bradley says, the genre gives “voice to a group hardly heard before by America at large.”

For me, an immigrant woman from the Dominican Republic who was raised in the Bronx, hip-hop finally showed me a world I was familiar with. As I grew up, television screens were rarely populated by people of color. Screen starlets were blonde, blue eyed and, well, white; and the cities on screen were also different from the New York City I knew. I wondered: Where are the people who look like me? Where are the cities that look like the Bronx streets I travel? I found answers in hip-hop. I saw my face in the characters described by artists like A.T.C.Q. and Gang Starr; I saw the experiences of my neighbors and even the strangers in my communities. I saw the city I knew in songs like Rakim’s “New York (Ya’ Out There)” and Nas’s “New York State of Mind.” I was empowered. For the first time ever, my culture was popular culture.

Hip-hop is also a pivotal part of social activism in today’s world. As the world continues to react to the deaths of Michael Brown and Eric Garner, hip-hop offers communities of color the opportunity to see ourselves in a positive light. The strongest source of this reflection is Kendrick Lamar, a 27-year-old rapper from Compton, Calif., considered by many to be the greatest rapper in hip-hop right now. From issues like the temptation of gang culture (“But what am I supposed to do/ When the topic is red or blue”) to racism (“Racism is still alive/ Yellow tape and colored lines”) to the perils of alcoholism (“Now I done grew up/ Round some people living their life in bottles”), Lamar documents the realities faced by people of color in the United States today, realities not shown on CNN or Fox News. Appearing on “The Colbert Report” on Dec. 16, he emphasized the importance of using these themes to remind his listeners that he is “coming from a dark place and doing something positive.”

Hip-hop might be mistaken by many for loud, unintelligible songs dedicated to drugs, sex and violence. For my fellow “hip-hop heads” and me, however, there is another side, the side that emphasizes solidarity, positivity, hope. As the rapper Common says in Bradley’s Poetics, the power of hip-hop lies in its representation of what many simply see as “the ghetto.” It is our voice.