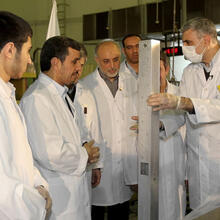 In All Things
The Iranian Nuclear talks: Obstacles in the Path of a Final Agreement
Ronald E. PowaskiDecember 19, 2014
Opposition from Congress could thwart any potential deal. 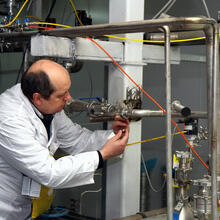 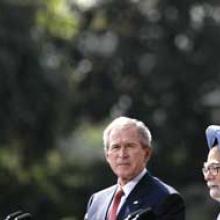 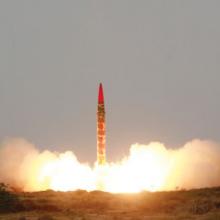 Many Sticks, Few Carrots
Ronald E. PowaskiJuly 04, 2005
Are North Korea and the United States moving toward the brink of war, perhaps one that would involve the use of nuclear weapons? Some experts think so. Former Defense Secretary William Perry, for one, has warned that the United States and North Korea are drifting toward war. Yet President Bush acts

Columns
Bush's Nuclear Folly
Ronald E. PowaskiAugust 04, 2003
The Bush administration’s response to North Korea’s nuclear weapon challenge has been hypocritical. While the North Korean decision to withdraw from the Nuclear Nonproliferation Treaty last January was lamentable, it is also understandable. The Bush administration itself has done much to

President Bush's Middle East Mess
Ronald E. PowaskiNovember 18, 2002
According to analysts and diplomats concerned with the Middle East, anti-American hostility—at all levels of society, but especially among the educated—is at an unparalleled high across the Arab world. The main cause of Arab anger, apparently, is the Bush administration’s obvious e