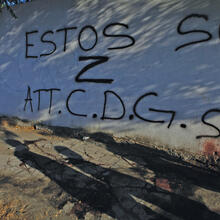 Supply and Demand: One man reflects on a drug war—and market—without end.
Robert Joe StoutApril 15, 2014
‘First and most important is to think business and not crime,” he tells me. “The Zetas and members of the other drug corporations commit crimes—lots of them—but their raison d’etre is to make money, the same as any other business. And they want to do it as efficie 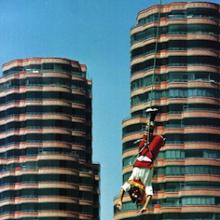 Adonde Vas, Mexico?: Looking for traditional Mexico amid Big Macs and Pampers
Robert Joe StoutFebruary 22, 2010
Halfway across the zócalo, a central plaza typical of Mexican cities, in the little city of Tlaxiaco in the southern state of Oaxaca, I stopped, my appreciation of the mid-morning sunlight temporarily diverted. A middle-aged man and woman—obviously tourists—were sidling this way a

Criminals All?
Robert Joe StoutMarch 12, 2007
Last May in Oaxaca, one of Mexico’s poorest states, members of the national teachers’ union began a strike for higher salaries, which led to an encampment in the city’s central square. The Mexican government initiated a repression of the teachers’ struggle, which then expande